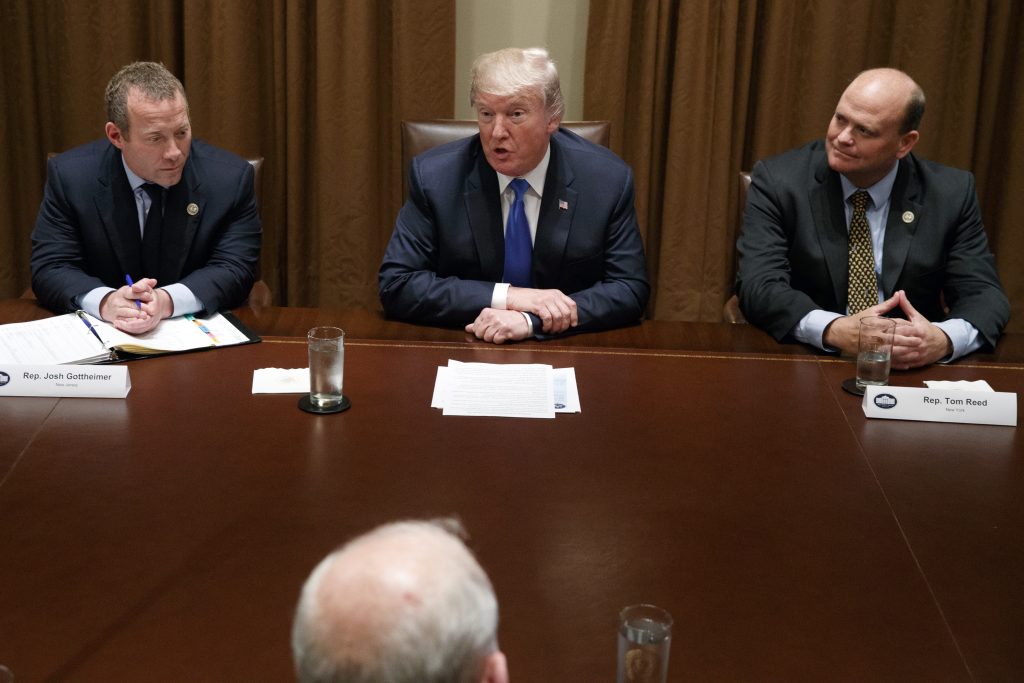 President Donald Trump says he’s “fairly close” to reaching a deal with congressional leaders on protections for young immigrants brought to the U.S. illegally as children. But the president says he needs “massive border security.”

The president spoke Thursday morning — after denying assertions by Democratic leaders that they reached an agreement with him on the Deferred Action for Childhood Arrivals (DACA) program.

In a statement, Senate Minority Leader Chuck Schumer and House Minority Leader Nancy Pelosi insist they agreed with Trump to “enshrine the protections of DACA into law quickly” and to work out a package on border security — excluding Trump’s planned wall along the U.S. southern border.

That’s after Trump tweeted early Thursday that “no deal was made last night” on the issue.

“Massive border security would have to be agreed to in exchange for consent. Would be subject to vote,” Trump wrote in a series of tweets about the DACA initiative.

It was a head-snapping turn of events for a president inclined recently to turn to Democrats to jump-start legislative imperatives. Only days ago, Trump and Democratic leaders agreed to back a three-month extension of the debt limit in order to speed hurricane assistance.

“The WALL, which is already under construction in the form of new renovation of old and existing fences and walls, will continue to be built,” Trump wrote.

At the same time, he expressed sympathy for the hundreds of thousands of younger immigrants vulnerable to deportation even though they were brought to the United States as toddlers or children. He had announced last week that his administration was rescinding the program and gave Congress six months to come up with a legislative fix.

“Does anybody really want to throw out good, educated and accomplished young people who have jobs, some serving in the military, really?” Trump wrote. “They have been in our country for many years through no fault of their own – brought in by parents at a young age. Plus BIG border security.”

In their statement, Schumer and Pelosi said: “We agreed to enshrine the protections of DACA into law quickly, and to work out a package of border security, excluding the wall, that’s acceptable to both sides.”

Separately, Pelosi spokesman Drew Hammill had said after the White House dinner “the president was clear he would press for the wall but separate from this agreement.”

Either way, it was the second time in two weeks that Trump cut out Republicans to reach a deal with Pelosi and Schumer. A person briefed on the meeting, who spoke on condition anonymity about the private get-together, said the deal specifies bipartisan legislation that would provide eventual citizenship for the young immigrants.

House Republicans would normally rebel over such an approach, which many view as amnesty for lawbreakers. It remains to be seen how conservatives’ loyalty to Trump would affect their response to a policy they would have opposed under other circumstances.