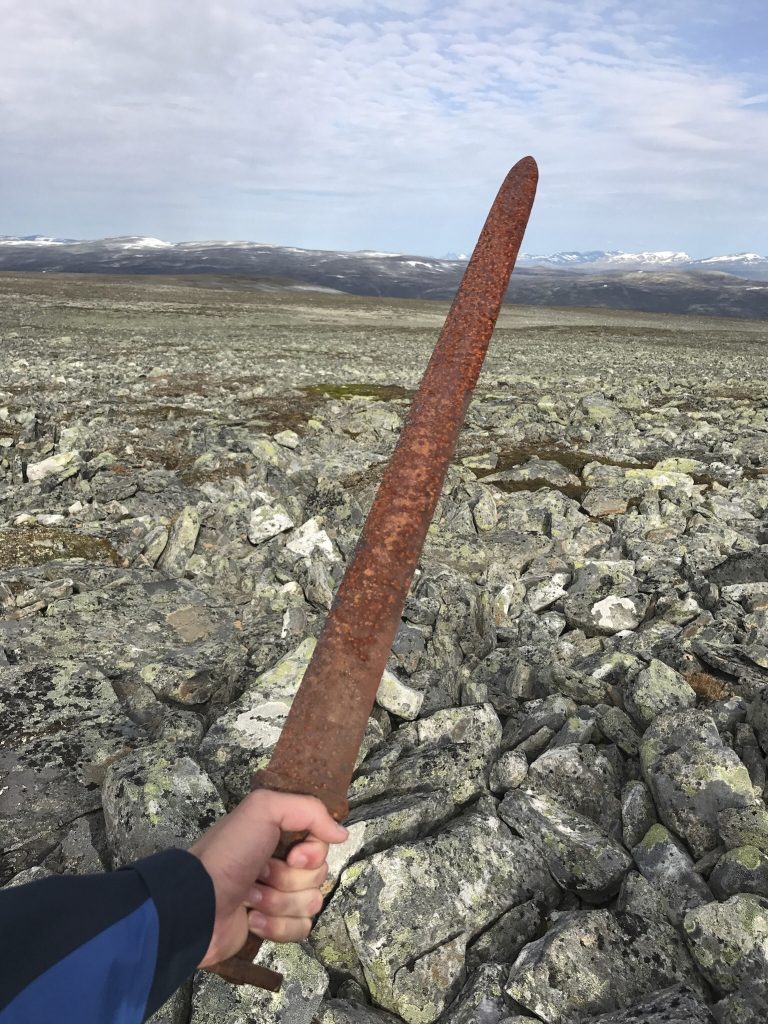 A Norwegian archaeologist says a well-preserved, if rusty, iron sword dating to the Viking era was found in southern Norway.

Lars Holger Piloe says the sword, around three feet long, was found slid down between rocks with the blade sticking out, and may have been left by a person who got lost in a blizzard and died on the mountain from exposure.

Piloe said the sword’s preservation was likely due to the quality of the iron, as well as the cold, dry conditions. It was found in late August by two men who were on a reindeer hunt a mile above sea level.