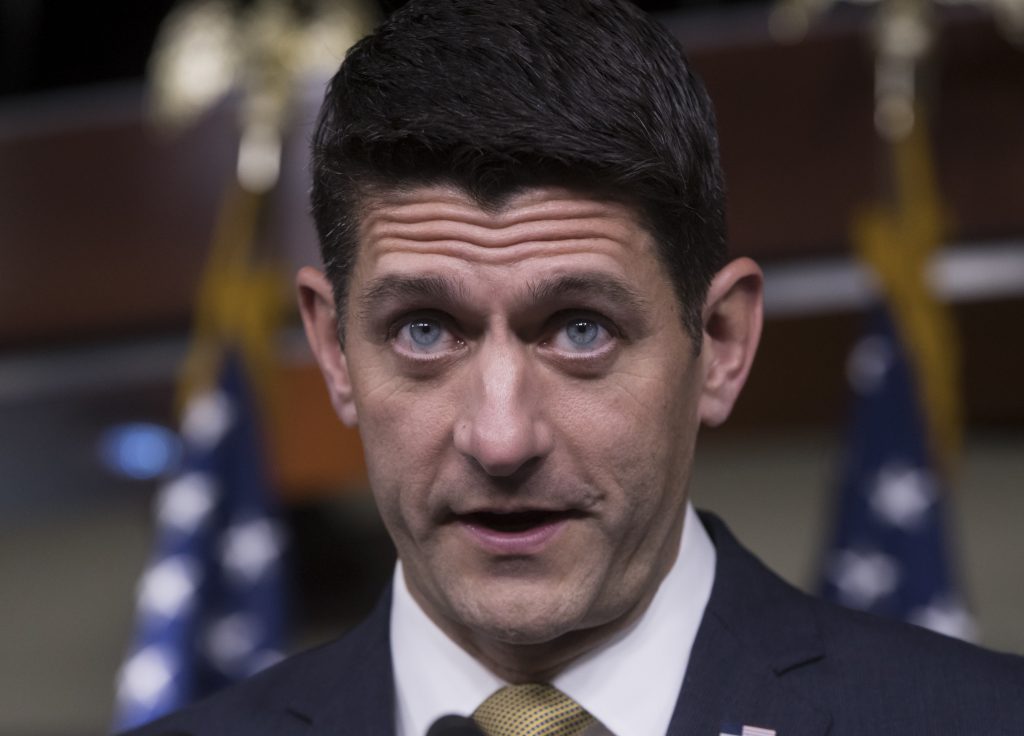 The vote was 211-198 for the massive measure that wrapped the 12 annual spending bills into one in advance of the end of the budget year on Sept. 30. Even though the Senate still must act, the government will keep operating through Dec. 8, thanks to legislation Congress passed last week and sent to Trump.

House members spent the past two weeks debating the measure’s $500 billion for domestic agencies. GOP leaders then merged that domestic spending package with an earlier House measure that would give record budget increases to the Pentagon and provide a $1.6 billion down payment for Trump’s wall along the U.S.–Mexico border that he repeatedly has insisted Mexico would finance.

“It does everything from strengthening our national defense and veterans’ programs to cracking down on illegal immigration to protecting life to cutting abusive Washington agencies like the IRS and the EPA,” said the No. 2 House Republican, Rep. Kevin McCarthy of California.

At issue are the spending bills passed by Congress each year to fund day-to-day operations of federal agencies. Trump, following the lead of budget director Mick Mulvaney, a former tea party congressman, pushed for a sweeping increase for the Pentagon and commensurate cuts of more than $50 billion from domestic agencies and foreign aid.

House Republicans have responded by adding even more spending on defense, but have significantly scaled back Trump’s cuts to domestic programs like community development grants and medical research.

Trump has taken a low-profile on budget issues other than the wall, however, and his administration has done little to fight for his spending cuts since they were unveiled.

The House measure adds almost $9 billion to Trump’s funding request for medical research at the National Institutes of Health, rather than accepting sharp cuts recommended by Trump. It keeps as-is a $269 million subsidy for money-losing routes to rural airports that Trump had targeted. And it gives modest increases to GOP favorites such as law enforcement agencies and NASA.

The limits imposed by a budget agreement threaten the measure’s sweeping Pentagon increases, which total about $60 billion above current levels and almost $30 billion higher than Trump’s budget. That would evaporate next year unless there’s a bipartisan agreement to raise them. A two-year agreement that eased those spending limits expires in September.

The legislation is laced with conservative provisions reversing Obama-era regulations, blocking implementation of the Affordable Care Act and defunding Planned Parenthood. But most such measures will be dropped — as in previous years — during subsequent negotiations with Democrats.

Passage of the legislation marks the first time since 2009 that the House has backed all of the appropriations bills in one fashion or the other by the end of the budget year. The progress was possible in part because House GOP leaders maneuvered to keep Democrats from forcing controversial votes on issues such as immigration.