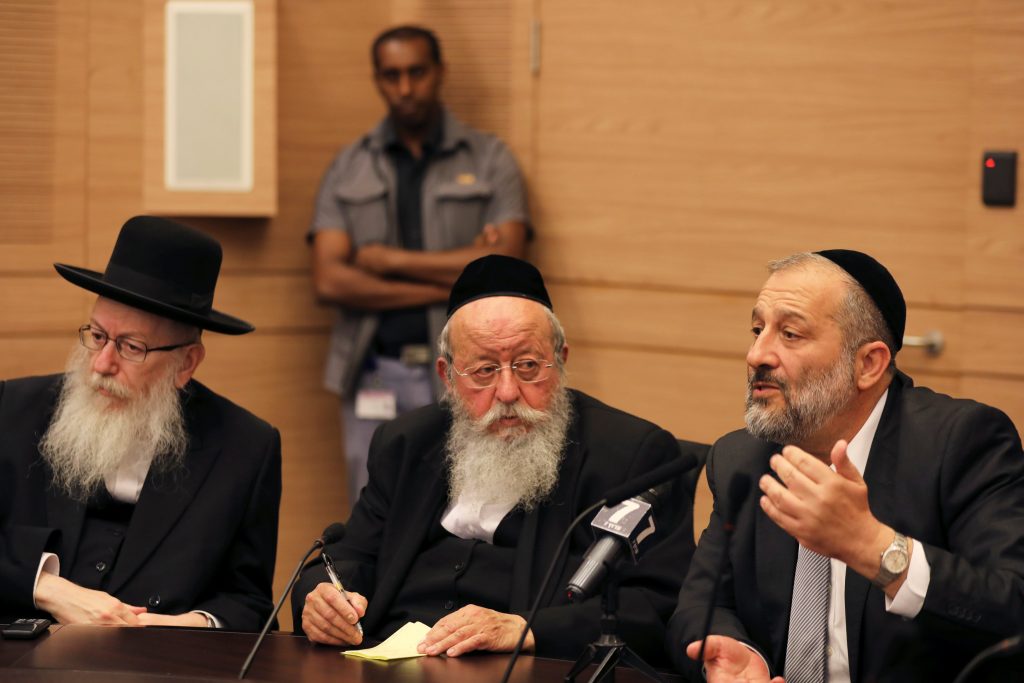 At a joint meeting of United Torah Judaism and Shas, chareidi MK’s called for a vigorous response to the High Court’s nullification of the exemption of yeshiva students from the draft, including a rewriting of that law, and another law to prevent the Court from further interventions in Knesset legislation.

UTJ Chairman MK Rabbi Menachem Eliezer Mozes opened the session with a denunciation of the Court’s anti-religious rulings over the past several years, affecting the Kosel, conversion, Shabbos, kashrus, mikvaos and more. Rabbi Mozes said they would pass legislation to preserve the draft exemption which the Court will not be able to overrule.

Interior Minister Rabbi Aryeh Deri, chairman of Shas, charged that the Court’s interference in these matters is part of an overall attempt to destroy the status quo of religious observance in Israel.

“It cannot be that we participate in elections, pass laws, and then the High Court runs the country. The Knesset and the government must run the country, not the court,” he said.

Addressing the content of new legislation, MK Rabbi Yisrael Eichler said that they would have to pass a law “that removes criminal penalties from anyone who refuses army service, regardless of whether the person is religious or not, thereby answering the judges’ claim that the current law discriminates against the non-religious.”

Rabbi Eichler also called for an end to conscription of women into the IDF, pointing out that “the only other country in the world that drafts women is North Korea.”