Israel ANALYSIS: No Cause for Alarm — IDF Isn’t Inducting Anyone Yet
Israel 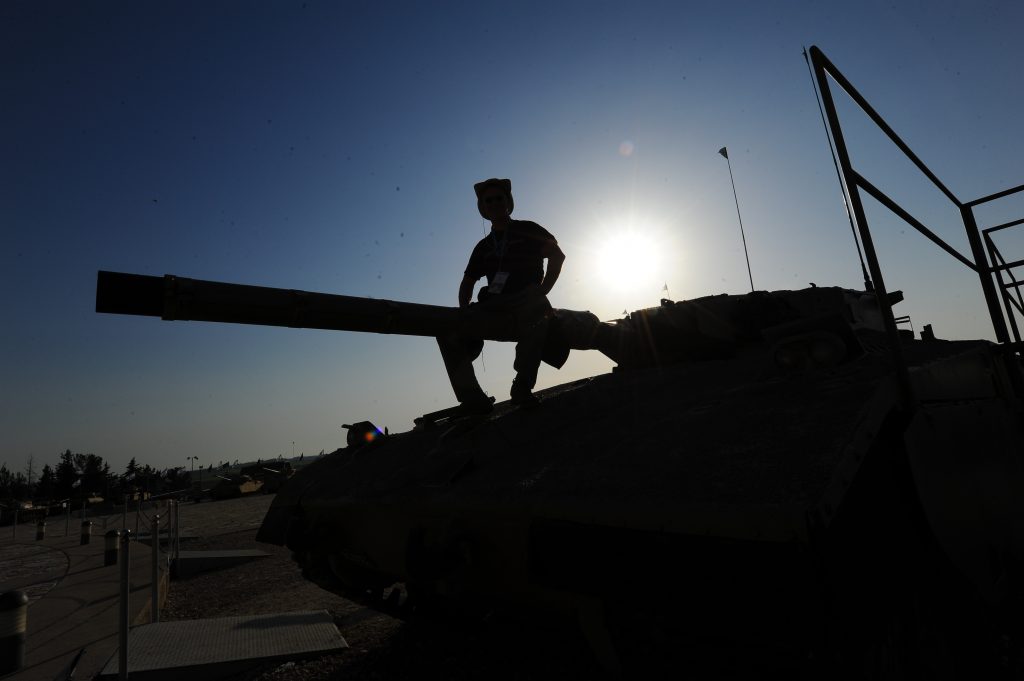 In the 70 years of the existence of the state of Israel, the IDF has never inducted a single person in full-time Torah study (Toraso amunaso). And that will still be true in the next 70 years.

That’s because no one can order the IDF to do what it does not want to do: that which, in the military they believe, will cause more harm than good. Thus, the first ones to laugh at the foolish ruling of the High Court on the draft are the senior officers of the military.

“We will study the ruling,” they say, and then quickly add that “of course we would like to have more soldiers to draw from to reduce the burden on those who are serving, by at least two months. But we are more pragmatic and wiser than the judges, even though they think they are sufficiently wise. It appears they are not.”

The military is already struggling with the problems of Ethiopian soldiers, and not succeeding. They are overwhelmed by a wave of service refusers among the Bedouin. The number of non-religious recruits are in decline, particularly in the large cities. The IDF is engaged in a tense confrontation, under the surface and above, with national-religious soldiers who feel that the army is blocking their path to promotion. They feel rejected.

The IDF officers are saying, “This is all we need, to have to deal with people recruited by force from the chareidim.”

In closed-door conversations with senior officers, all are saying, “Spare us this headache. We have no desire to send the military police after every chareidi who doesn’t report for duty. We don’t have any room in the military prisons for them anyway. All the cells are taken. What should we do — chase them down in the alleyways of Me’ah Shearim? Let us alone to prepare for the next war.”

The High Court has been involved in this issue for 50 years, and nothing has changed. Because in the government it is understood to be an impossibility, and each time a new ruling has been issued to draft chareidim, they have “climbed down from the branch.”

No one will be recruited by force. On the contrary, those few who, for various reasons, and in consultation with their rabbanim, would go into the army, would refrain from enlisting.

It is one of the most highly charged issues in Israeli society. Until now, the solutions have been reasonable, arranged by politicians, practical people. The entrance of the judges into the picture only wrecks things. But they, and those who push and petition them, fail to understand this.

The ruling of the High Court this week will actually come to be recognized as a good thing for the Torah community. For it will force the politicians to realize that, once and for all, they must pass legislation to circumvent the Court or prevent it from overruling laws passed by the Knesset.

There is no alternative.

If the present government wishes to survive, it will have to unify against the judges and those who combine with them to seek its downfall. This week’s ruling is a declaration of war on a minority, whose rights have been clear for 70 years, by a fringe element, a tiny minority, which has agitated for a change with virtually no prospect of happening.

If the judges really thought the situation could be changed, they would have ordered immediate implementation. Instead, they gave the government an entire year to begin to comply.

During that year, the government will have to decide what is more important, continuing to make policy on a broad range of issues, or committing collective suicide by capitulating to those with whom the court has combined to topple it.

The year the Court has granted provides an opportunity to postpone recruitment of chareidim for several more years, until the time comes for another delay…For there is no way to force people into the army by putting a gun to their heads. The lomdei Torah will not be intimidated. The threats of prison are pathetic.

What has changed that it becomes necessary to alter the running of the country differently from what has pertained for almost a hundred years? Nothing. It is merely another passing wave of anti-religious agitation, of empty politicking, without any expectation of implementation?

Just like the futile proposal to recruit Arab Israelis, why is it that the Israeli left does not demand forcing them into the army, like they do in the case of the chareidim? What is the difference between the two? It would be interesting to hear how the High Court judges would explain their contradictory stance visa vis the chareidim and the Arabs. How would they explain the unequal treatment? Don’t they see that there is an obvious racial discrimination between one group and another?

They have no answer. But we know the answer: It is the seething hatred that these people harbor for the Torah.

There is no real struggle for “equality in bearing the burden.” In Israel, there is no true equality. And the IDF, which knows this better than anyone, is the last to man the barricades to recruit the bnei Torah.

Therefore, there is no cause for alarm. They are not going to recruit yeshiva students today, and not a year from now either.

The judges are cut off from Israeli society. It is pure delusion that they think their decision can bring about a change, that they can dictate to the Torah community; it’s a foolish misconception.

Credit is due to Justice Noam Solberg, who stood alone against all his colleagues on the bench, and told them: You are in error. You have misread the map, and your decision is wrong. His was the minority of one which said that they cannot dictate to the people laws which are the responsibility of the elected legislators.

I would suggest to all those who are celebrating the ruling of the High Court this week, to check the whereabouts of all those politicians who raised the flag of war against the lomdei HaTorah. Which of them achieved anything of significance?

What has not happened until now, will not happen in the future.

There is no cause for alarm. Be calm.