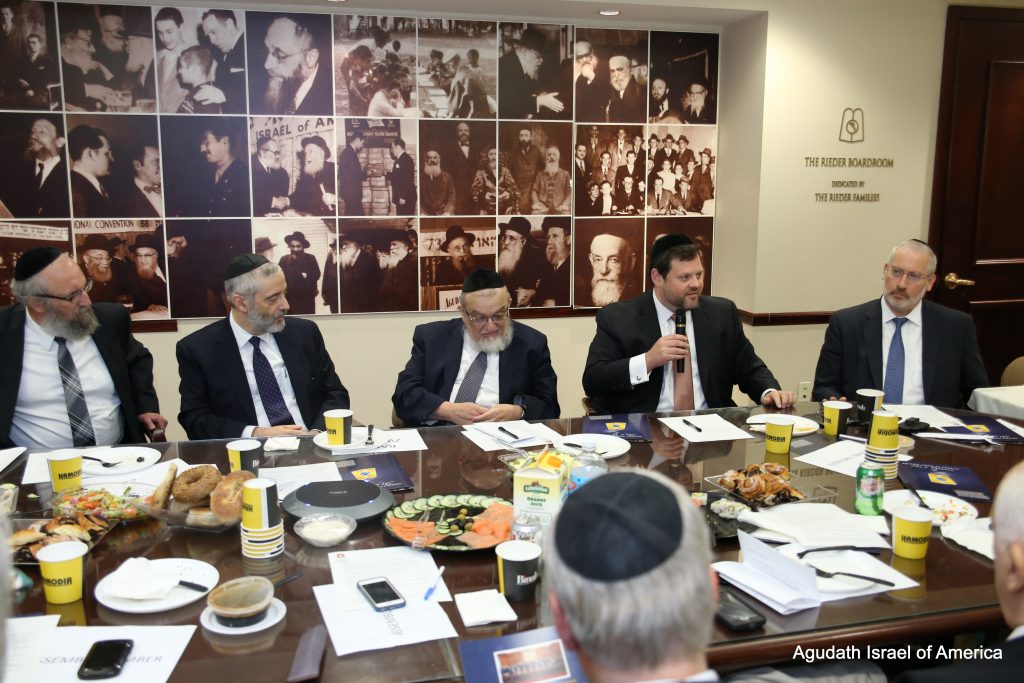 New York Assembly Members from around the city met with Agudah activists and community leaders to explore options for relief for tuition paying parents and plan strategically for how best to accomplish this in the upcoming legislative session.

As the group explained, New York State will spend over $28 billion on kindergarten to grade 12 public education in FY 2018. This is, by far, the single most significant New York State budget item.

Tuition payments are also, by far, the single largest item in the budgets of many frum families.

At the same time, New York State’s 410,451 nonpublic school students, whose parents choose not to avail themselves of the public school system, save the state and municipalities over $7 billion. This is more than the state spends on public health, other education, local government assistance, parks, environment, economic development and public safety.

Over 30 states now have some sort of school choice or education scholarship programs, with the latest being Illinois which just last month passed a $100 million education Scholarship Tax Credit.

Those in the room agreed: it is high time for the State of New York to join those ranks.

They discussed the impact that various forms of relief would have on the families who send their children to private school. Rabbi Chaim Dovid Zwiebel, the Agudah’s executive Vice President, Rabbi Shmuel Lefkowitz, Vice President for Community Services; Rabbi Yeruchim Silber, director of NY Government Relations; and Chaskel Bennett, member of the Agudah’s Board of Trustees and passionate advocate, presented their concerns to the elected officials.

As Rabbi Lefkowitz explained, “while at the same time supporting public schools, it is high time that something be done to help parents who send their children to private and parochial schools.”