Business Target Recalls Nearly 180,000 Dressers That Can Tip Over
Business 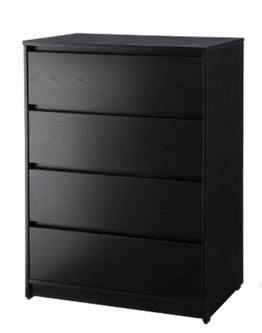 Target says it is recalling nearly 180,000 dressers because they can tip over and pose a risk to children.

The Minneapolis retailer said Wednesday that it has received 12 reports of its Room Essentials four-drawer dressers falling over or collapsing. Two three-year-old children were struck by a dresser, but no injuries have been reported.

The U.S. Consumer Product Safety Commission says customers should stop using the $118 dresser immediately and return it to any Target store for a full refund.

The dressers, which were sold at Target Corp. stores and Target.com between January 2013 and April 2016, came in three colors: black, espresso and maple.