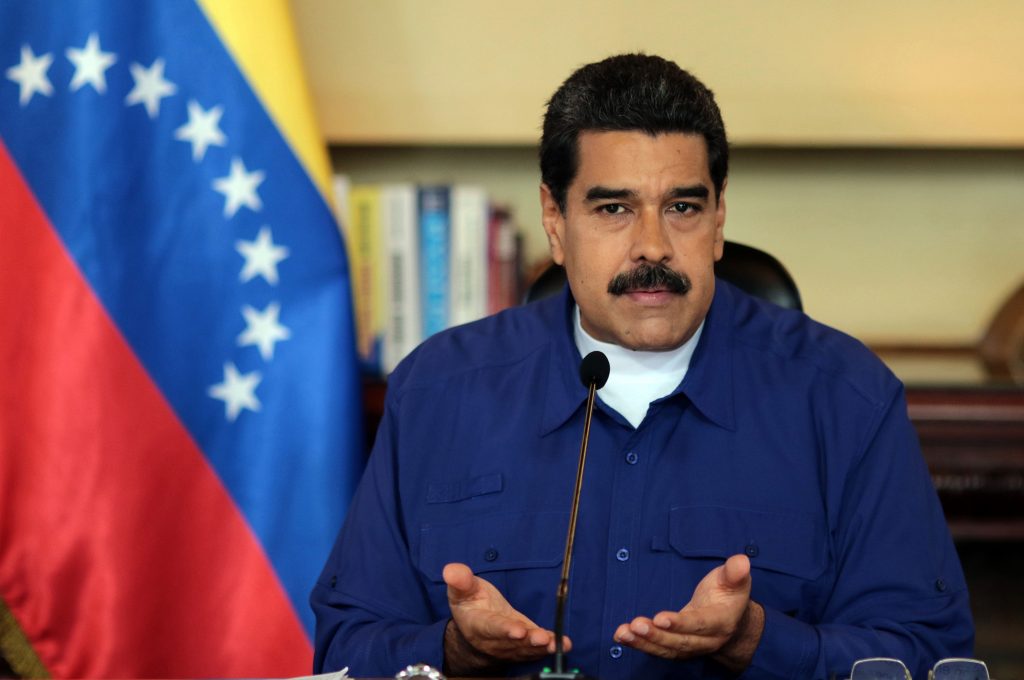 The White House has now tabled, at least temporarily, any discussion of oil sanctions against Venezuela, due in part to worries that cutting fuel supplies would only hurt Americans struggling after Hurricanes Harvey and Irma, according to two sources familiar with the planning.

“The White House is eager to tighten the noose on Maduro, but not at the expense of American motorists,” said a former National Security Council official familiar with the planning.

According to a senior administration official, Trump’s team wants see how the last round of sanctions affects Caracas. And before moving on oil sanctions, that official said Washington also would need to determine how such a punishment would hurt the U.S. oil industry and gasoline consumers, still reeling from Harvey and Irma.

“We’re tracking it, of course,” said the senior administration official of the hurricanes’ effect on oil supplies. “What we’ll have to watch is how the refineries in the region respond to any damage and destruction, what that does as far as oil prices for the United States.”

The United States escalated its pressure on Venezuela last month with the toughest set of penalties since President Nicolas Maduro engineered a vote for a new constituent assembly that stripped democratically elected lawmakers of their power.

The last set of sanctions blocked Venezuela’s ability to borrow money from American creditors. They also banned its state oil company’s U.S. subsidiary, Citgo, from sending dividends back to Venezuela.

The Trump administration has promised to continue ratcheting up the pressure on Caracas until the Venezuelan government restores some democratic institutions. Aides have provided President Donald Trump with an “escalatory road map” that outlines options, including more individual sanctions and measures meant to strangle Venezuela’s economy. These are seen inside the administration as maneuvers that can be taken one by one until Washington sees evidence that Maduro is complying with demands from neighbors in the hemisphere.

“We’re not content where things are in Venezuela,” the senior administration official said. “Our policy objective here is to restore democracy. We’ve made that clear.”

But Trump, so far, has stopped short of applying the so-called “nuclear option” — oil sanctions — that could starve the oil-dependent Caracas government of desperately needed cash during a spiraling economic and humanitarian crisis.

That is partly because White House officials simply want to give the latest round of sanctions time to hurt Maduro. They are watching particularly closely whether Venezuela can meet a looming deadline to pay off some $4 billion in debt, a sum that Caracas does not have in liquid assets.

“There is no reason to act right now,” said one economic consultant familiar with White House plans.

Harvey and Irma — and their impact on the U.S. oil industry and gas prices facing consumers — served mostly to reinforce the feeling inside the administration that now is not the time to apply oil sanctions.

“The White House was willing to stomach a slight bump in gas prices, but the hurricanes likely change the calculation,” the former NSC official said.

When Harvey slammed into Texas, it took a toll on the U.S. oil industry, stranding tankers that were carrying hundreds of thousands of barrels of oil and delaying their delivery to refineries on the Gulf Coast, which accounts for a quarter of the nation’s gasoline production.

“As these refineries shut down, to actually simultaneously cut off Venezuelan crude coming into the United States would have pretty heavy impact,” said Scott Modell, managing director of the Rapidan Group, an energy consulting group. “Everyone said, ‘This is going to be bad enough on the U.S. side, let’s let everyone recover, let the refineries come back on line, stabilize, and then we’ll consider more sanctions down the road.’”

The United States imports about 700,000 barrels a day of heavy crude oil from Venezuela. About 30 percent of that production was already knocked off-line because of the hurricane. Cutting off Venezuelan oil imports would force U.S. refiners to replace heavy crude imported from Venezuela with supply from more distant locations such as Saudi Arabia.