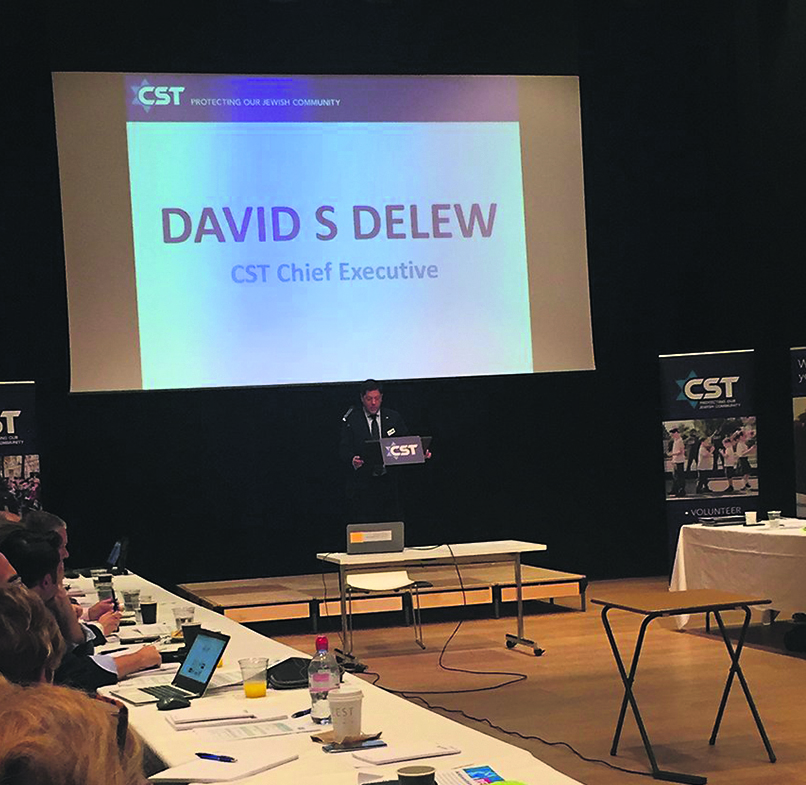 Levels of anti-Semitism in Great Britain are among the lowest in the world, according to a major new study of anti-Semitism, employing statistical analysis of the largest data ever gathered on the topic. The report, entitled “Anti-Semitism in contemporary Great Britain: A study of attitudes towards Jews and Israel,” was launched on Tuesday by the Institute for Jewish Policy Research and is supported by the CST. Data in the report show that about 70 percent of the population of Great Britain have a favorable opinion of Jews and do not have any anti-Semitic ideas or views at all.

The report provides a meticulously researched and detailed assessment of the population’s opinions about Jews and Israel, and addresses the question of the relationship between anti-Semitism and anti-Israelism using statistical techniques for the first time. It also investigates the opinions of several key subgroups in the population, including those on the left and right of the political spectrum, and those identifying as Christian or Muslim.

Authored by JPR Senior Research Fellow Dr. Daniel Staetsky, the report presents multiple measures of anti-Semitism, and argues that anti-Semitism, like all attitudes, exists at different levels of intensity and with different shades to it. Specifically, it differentiates between “counting anti-Semites” (i.e., the proportion of the population that can meaningfully be regarded as consistently hostile toward Jews), and “measuring anti-Semitism” (i.e., the extent to which prejudicial ideas about Jews permeate society). It demonstrates that while the proportion of people in the population who are hard-core anti-Semites is small, anti-Semitic canards and ideas can be found in a much wider section of society – a finding that helps to shed new and important light on why anti-Semitic discourse can often seem far more prevalent than conscious or deliberate antipathy to Jews per se.

However, the report also finds that most of the population of Great Britain has a favorable opinion of Jews, and does not entertain any anti-Semitic ideas or views at all. This confirms previous research demonstrating that levels of anti-Semitism in the country are among the lowest in the world.

Investigating the opinions of key religious and political subgroups, the survey finds that Christians, irrespective of the denomination or religious behavior investigated, show levels of anti-Semitism and anti-Israelism that are indistinguishable from the levels found across the population of Great Britain in general. However, other groups stand out. Levels of anti-Semitism are higher than average among those on the far-right of the political spectrum and among the Muslim population, and levels of anti-Israelism are higher than average across the left-wing of the political spectrum and again, among the Muslim population. Yet, owing to the relatively small size of these religious and political subgroups, most anti-Semitic sentiment, whether measured at very low levels of intensity or at high levels, is to be found elsewhere.

Commenting on the findings, JPR Executive Director Dr. Jonathan Boyd said, “Anti-Semitism needs to be researched and analysed soberly and objectively, with proper rigor and empiricism. It’s a highly emotive topic, and in the midst of all the anxiety that exists about it within parts of the Jewish community, we need serious assessments of what is going on.

“This report is far from the final word on the topic, but it establishes multiple benchmarks against which to measure anti-Semitism going forward, in order to help demonstrate whether it is becoming a more serious problem over time or not, and to help policy makers to make sound judgments based on robust evidence.”

CST Chief Executive David Delew commented, “CST is proud to have played a key role in helping to bring about the largest and most detailed survey of British anti-Semitism to date. We did this in order to better understand, discuss and tackle anti-Semitism in society as a whole, and, more specifically, within the key political and religious groupings that are analysed in the survey. We believe the new findings, data and nuance in this study will help us to work even more effectively with partners inside and outside the Jewish community to tackle this problem.”