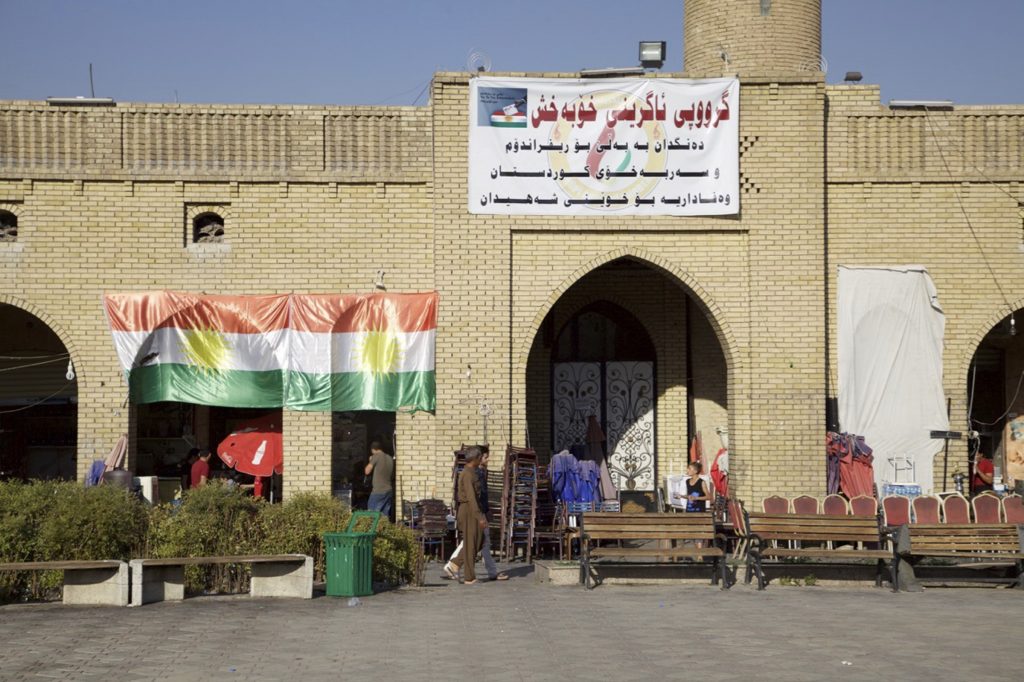 In an announcement early Wednesday, Mr. Netanyahu’s office said Israel considers the Kurdistan Workers’ Party, or PKK, a terrorist organization. But the statement said Israel “supports the legitimate efforts of the Kurdish people to attain a state of its own.”

Mr. Netanyahu’s statement appeared to be an attempt to distance Israel from comments by Yair Golan, who recently completed a term as Israel’s deputy military chief of staff.

At a conference in Washington last week, Golan said he did not consider the PKK, which has waged a three-decade insurgency in southeast Turkey, to be a terrorist organization. But he also voiced support for Kurdish independence, saying a “solid stable cohesive Kurdish entity” somewhere in the volatile Middle East is “not a bad idea.”

He did not specify where he thinks it could be located. The Kurds are spread across the region, with large populations in Iraq, Syria, Turkey and Iran.

Iraq’s Kurds plan to hold the referendum on Sept. 25 in three governorates that make up their self-ruled region as well as disputed areas that are controlled by Kurdish forces but claimed by Baghdad, including the oil-rich province of Kirkuk.

Israel has long been sympathetic to the Kurds and is the first country to officially endorse them in the vote. Turkey, Iran and Iraq’s central government are all staunchly opposed to the vote.

Safeen Dizayee, a spokesman for the Kurdistan Regional Government in Iraq, did not respond directly to Mr. Netanyahu’s comments, but appeared to welcome them.

“Anyone is free to speak their mind,” he told The Associated Press. “If any authority around the world… concludes that (Iraq’s Kurds) deserve or merit an independent entity of their own, we appreciate that position.”