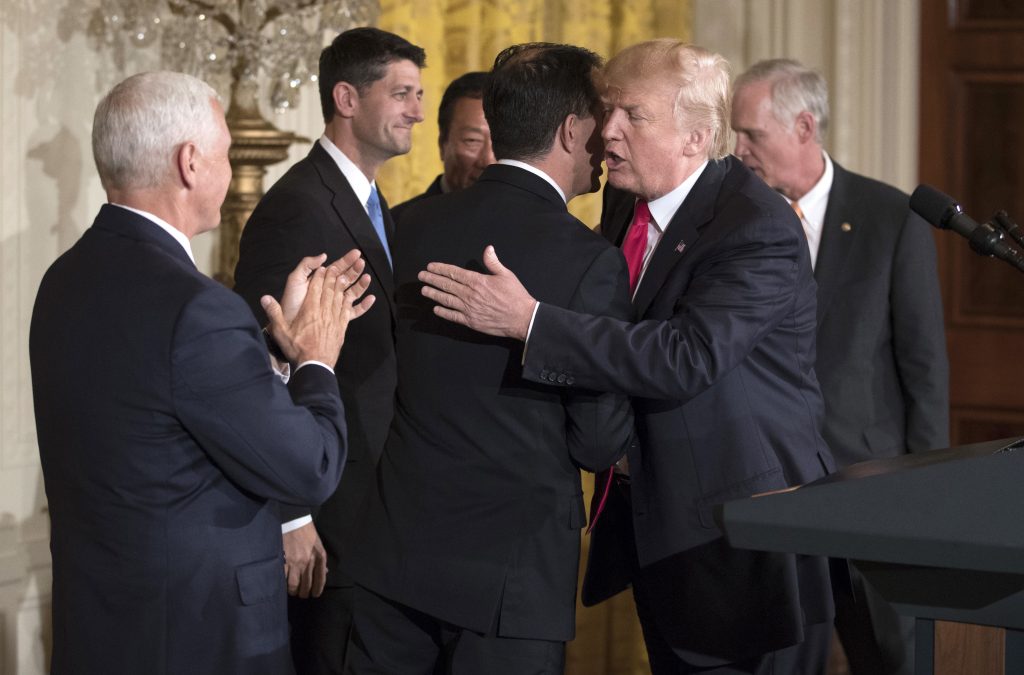 Foxconn plans to invest up to $10 billion to build a flat-screen production factory in Wisconsin that would initially employ 3,000 but the company said could grow to 13,000. The proposed subsidy — which now heads to the state Assembly for a final vote Thursday — would be the largest ever from a U.S. state to a foreign company and 10 times bigger than anything Wisconsin has extended to a private business.

The Republican-controlled Senate discounted Democratic concerns that there weren’t enough protections for taxpayers under the unprecedented incentive package. It would take 25 years for taxpayers to see a return on the investment, the nonpartisan Legislative Fiscal Bureau said.

“Taxpayers know it’s going to cost them $3 billion but they have no idea what they’re buying,” said Sen. Jon Erpenbach, a Democrat from Middleton, during debate. “There are no guarantees in this legislation and we don’t even know what we’re buying.”

Republican Sen. Alberta Darling, co-chair of the Legislature’s budget committee, urged Democrats to get on board with a project she said was both a good deal for taxpayers and would be transformational for the state by making it a leader in the advanced manufacturing world.

“Passing this up would be a huge mistake,” she said.

The Senate passed it on a 20-13 vote with 19 Republicans in support along with Democratic Sen. Bob Wirch, of Pleasant Prairie, which is near where the plant plans to locate. Twelve Democrats and Republican Sen. Rob Cowles, of Allouez, voted against it.

Republicans changed the bill to give the Wisconsin Supreme Court the option to take appeals related to the Foxconn project directly from the circuit court and speed up filing requirements for attorneys. The bill as amended by committee last week required the Supreme Court to take all appeals directly from the circuit court, skipping the state appeals court. Legal experts had questioned the constitutionality of such a move.

It would apply to appeals of circuit court rulings related to decisions made by a state or local official or entity related to the Foxconn project.

“This is bad for democracy, bad for our government, bad for the whole process,” Democratic Sen. Fred Risser said.

Under the bill, Foxconn would receive $2.85 billion in cash payments over 15 years if it invests $10 billion in the state and employs 13,000 people. It could also qualify for $150 million in sales tax exemptions for construction equipment.

Republican Gov. Scott Walker, who led negotiations on the deal, faces a deadline under terms of the agreement to sign a bill by the end of the month.

Walker and other supporters say Foxconn is giving the state a once-in-a-lifetime opportunity to get a foothold in the world electronics market. Foxconn is the largest contract maker of electronics, best known for making iPhones, but with a long list of customers including Sony Corp., Dell Inc. and BlackBerry Ltd.

The Wisconsin plant would be the first outside of Asia to construct liquid crystal display panels for computers and other uses. Foxconn wants to open the factory by 2020 and initially employ 3,000 people.

Environmental groups and others concerned with waiving certain state regulations to speed construction of the plant have been threatening to file lawsuits. Foxconn would be allowed to build in wetland and waterways and construct its 20-million-square-foot (1.86-million -square-meter) campus without first doing an environmental impact statement.

Foxconn was eyeing locations in southeastern Wisconsin, in between Milwaukee and Chicago. On Monday, the mayor of Kenosha sent a letter to Walker saying the bill didn’t do enough to make it possible for the city to support the project, leaving Racine County as the likely home to the factory, although no exact location has been announced.