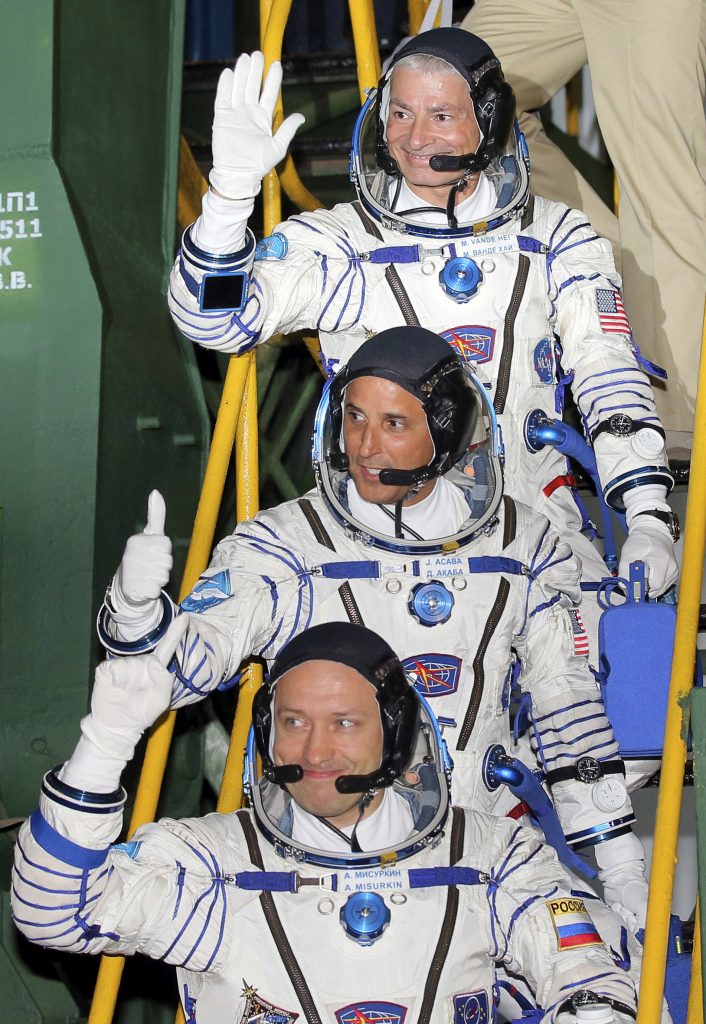 A Soyuz space capsule with two Americans and a Russian aboard has blasted off for the International Space Station from Russia’s manned launch facility in Kazakhstan.

The launch started at 3:17 a.m. Wednesday and entered orbit nine minutes later. The craft is to dock with the orbiting laboratory about six hours later.

Joe Acaba of NASA is making his third trip into space and Russian Alexander Misurkin his second. It’s the first voyage for American Mark Vande Hei. All three are to stay on the space station for about 5 1/2 months.

They will join Russia’s Sergey Ryazanskiy, American Randy Bresnik and Italy’s Paolo Nespoli, who have been aboard the station since late July.