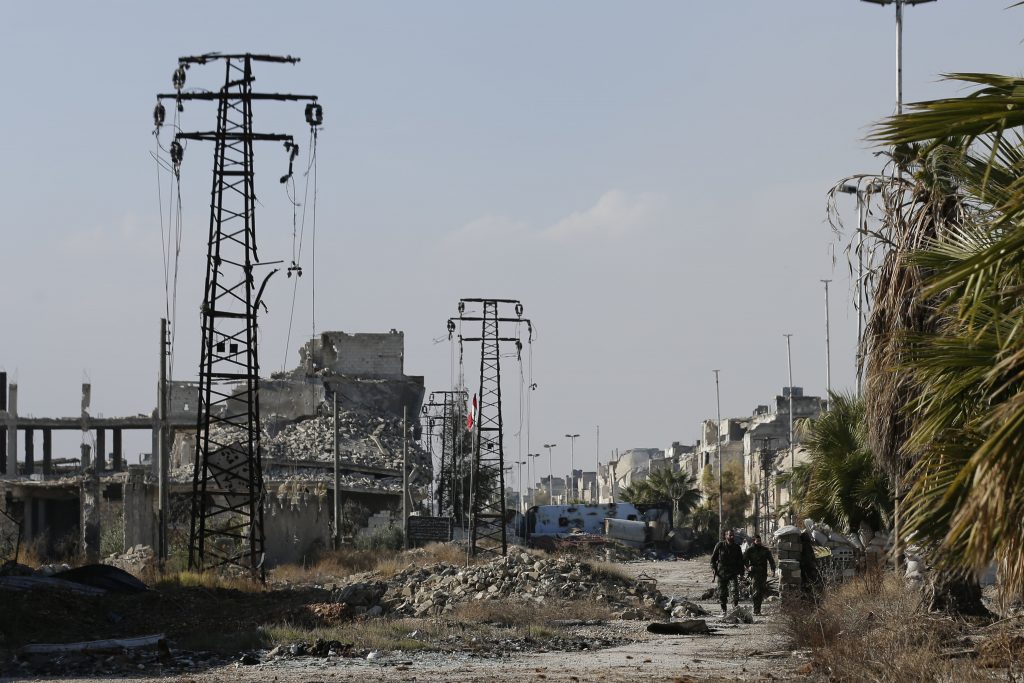 Syria’s government signed a contract with an Iranian company on Tuesday to import five gas-fired power plants to the war-battered city of Aleppo, in an early sign of the major role Tehran is expected to play in Syria’s reconstruction.

The deal, reported by Syria’s state news agency SANA, is part of a broader understanding reached by Damascus and Tehran promising Iranian companies contracts to restore electrical infrastructure in Syria, Electricity Minister Zuhair Kharboutli said during a visit to Tehran.

The Aleppo contract was awarded to the Iranian firm Mabna and is valued at around 130 million euros, according to a Kharboutli statement carried by SANA on Sunday.

Kharboutli also signed memorandums with Iranian Energy Minister Sattar Mahmoudi promising to import five plants to provide 540 megawatts of electricity to the coastal Latakia province, as well as to build wind and solar plants, and to restore plants in Deir el-Zour and Homs.

Iran has been an indispensable ally to President Bashar Assad, organizing militias from Lebanon to Afghanistan to fight for alongside his forces and sending its own Revolutionary Guards Corps to Syria to manage battles. Assad has been battling an uprising against his family’s 47-year dynasty since 2011.

The fighting has come at a tremendous cost to the nation’s infrastructure. Electricity generation dropped by more than half from 2010 to 2014, according to the latest figures available from the OECD’s International Energy Agency monitoring group.

Syrian troops retook eastern Aleppo at the end of last year with the help of Russian air raids and Iran-backed militias after years of heavy fighting. In the weeks after the fighting ended, electricity was cut off across the entire city, even government-held neighborhoods, but residents say power has since been restored in some areas.

Most of the city’s power plants were located in eastern Aleppo, which was captured by rebels in 2012 and suffered catastrophic destruction during the government’s drive to recapture it.

Assad’s government awarded a concession to Iran to operate a new cellular network for Syria in January. Other concessions signed to Iran include thousands of hectares of land for farming and oil and gas terminals, and the operation of a phosphate mine in central Syria, according to Iran’s official IRNA news agency.