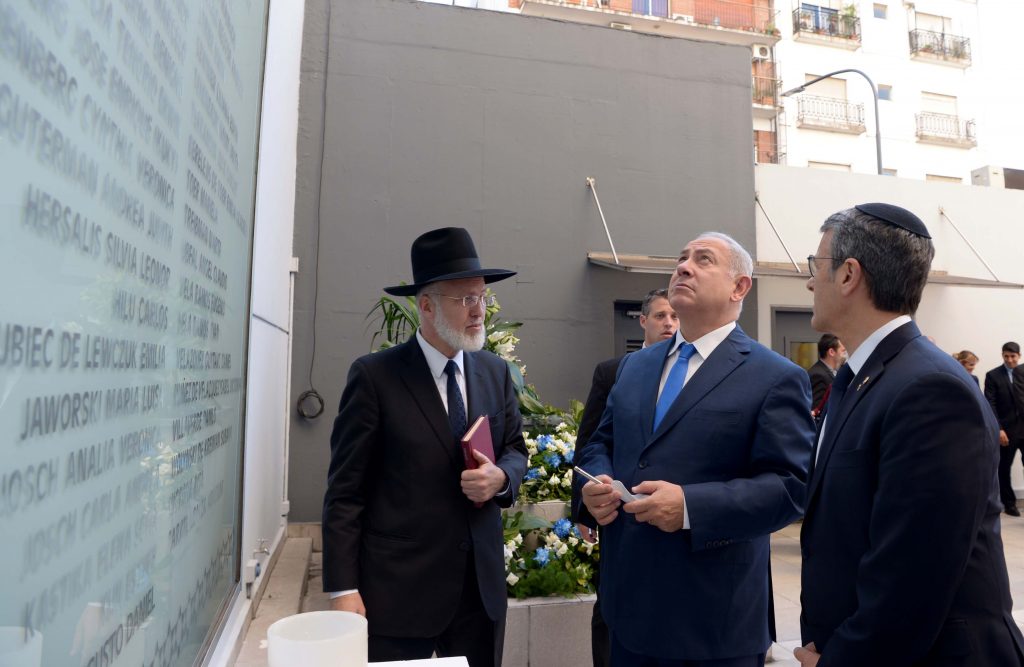 In 1960, Israeli secret agents tracked down Nazi war criminal Adolf Eichmann in Argentina, and brought him back to Israel for trial on charges of crimes against the Jewish people – and over the years, rumors have swirled that the South American country was a haven for not just Eichmann, but other members of the Nazi regime who sought to escape justice. Nothing has ever been proven – but on Tuesday, some of the facts may emerge, according to media reports in the country cited by Channel Ten.

According to those reports, the Argentinean government will present visiting Israeli premier Binyamin Netanyahu with documents that relate to the escape of Nazi war criminals to Argentina after World War II. The documents, according to the reports, include details of how Nazis were able to leave Europe in the aftermath of the war, and the names of at least some of those who escaped. The reports did not say if the escaped Nazis were still alive.

The escape of Nazis to the country was orchestrated by the dictator who ran Argentina from 1946 through 1955 – Juan Perón – who had built up a relationship with many Nazi officials when he worked as a diplomatic liaison to the Italian military during the rule of Benito Mussolini.

According to the reports, Perón was an enthusiastic supporter of fascism, and after the war established an escape route for Nazi officials to Argentina. Perón was also interested in building Argentina into a world power, and recruited former Nazi scientists and businessmen to live under his government’s protection, the documents claim.

Netanyahu is set to meet Tuesday in Buenos Aires with Argentinean President Mauricio Macri. The two countries will sign a series of agreements on public security, customs and social insurance, as well as an archives agreement regarding the Holocaust, the Prime Minister’s Office said.