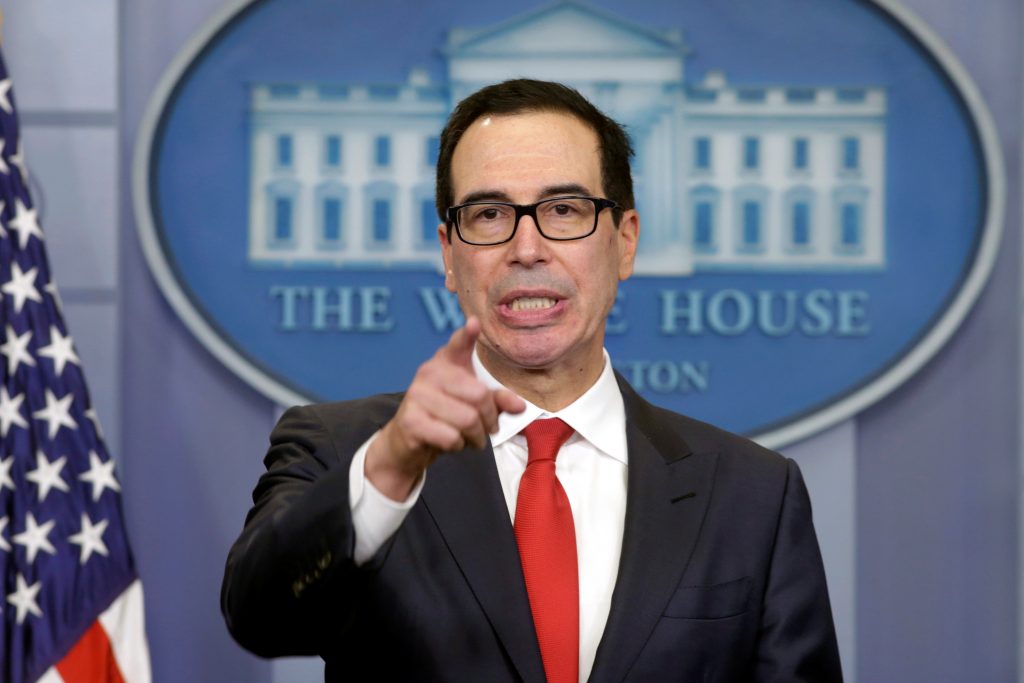 Treasury Secretary Steven Mnuchin said Tuesday that he is hopeful Congress will pass a major tax overhaul this year and signaled that the administration would be open to changes sought by Congress to improve the chances for passage.

In an interview with CNBC, Mnuchin also said the administration would consider making tax cuts effective back to the start of this year if a measure didn’t pass until 2018. The possibility of backdating any tax cuts is a sign that President Donald Trump’s plans might face additional delays. Congress must also approve a budget and increase the government’s borrowing authority.

The Treasury secretary added that Trump still intends to repeal former President Barack Obama’s health care law, but “it’s not the major focus at the moment.”

Mr. Mnuchin said he would consider including an infrastructure spending bill as part of the tax overhaul legislation. The administration has planned to pass a tax overhaul with only Republican votes. But President Trump has been trying in recent weeks to court Democrats, such as North Dakota Sen. Heidi Heitkamp.

Mr. Trump has yet to sketch out a tax plan with specific changes to rates, income levels or the treatment of business earnings that double as personal income.

In the wide-ranging interview, Mnuchin also offered praise for Federal Reserve Chair Janet Yellen but said she is just one of a number of people President Donald Trump is considering to lead the Fed after Yellen’s term expires in February.

Mnuchin also spoke favorably about Gary Cohn, the head of the president’s National Economic Council. Cohn had been considered a top candidate to replace Yellen until he spoke critically in a newspaper interview about the president’s response to the violence in Charlottesville, Virginia. There has been recent speculation he might leave the administration.

Mnuchin said that he and Cohn, who, like Mnuchin, worked for many years on Wall Street at Goldman Sachs, have a good working relationship. Cohn will attend a dinner at the White House Tuesday night that the president is hosting for members of Congress to discuss tax reform.

On taxes, Mnuchin said the administration was committed to getting legislation passed this year because it thinks tax cuts would boost economic growth. Details, including corporate tax levels, will be worked out as the measure goes through Congress, he said.

The administration’s outline of a plan released earlier this year would reduce corporate taxes from the current 35 percent rate to 15 percent. Some congressional leaders have suggested a reduction to 20 percent or 25 percent might be more realistic.

Mnuchin said the final level for corporate taxes would put them at a “very competitive level” with other countries.

“This is a pass-fail exercise,” Mnuchin said, indicating that the critical goal was to enact a measure. “Passing tax reform, which hasn’t been done in 31 years, that is a win,” he said.

Asked whether he would consider combining tax reform with an infrastructure spending bill, Mnuchin said this would complicate the package, “but to the extent Congress wants to do it, it is something we could do.”

Also in the interview, which was part of a conference sponsored by CNBC and Institutional Investor, Mnuchin:

— Defended Trump’s decision to side with Democrats in negotiations with Republicans over legislation Congress must pass to lift the debt limit. In a surprise move, Trump accepted Democratic demands for just a three-month debt extension until December rather than the 18-month measure being pushed by Mnuchin and Republican leaders of Congress. “We showed the American public we were putting politics aside,” Mnuchin said.

— Said that the administration would continue to favor additional sanctions on North Korea until they halted development of a nuclear weapons program.

— Rejected the idea that he might leave the administration. That is something that Cohn, who is Jewish, like Mnuchin, considered doing after Trump’s comments about the violence in Charlottesville failed at first to condemn neo-Nazi and white supremacist groups. Mnuchin said he was “definitely staying on. It is a great opportunity to serve the president and the country.” He said he felt it was a mistake for several business executives to resign from administration advisory groups after Trump’s remarks on Charlottesville, saying the country could benefit from their advice.