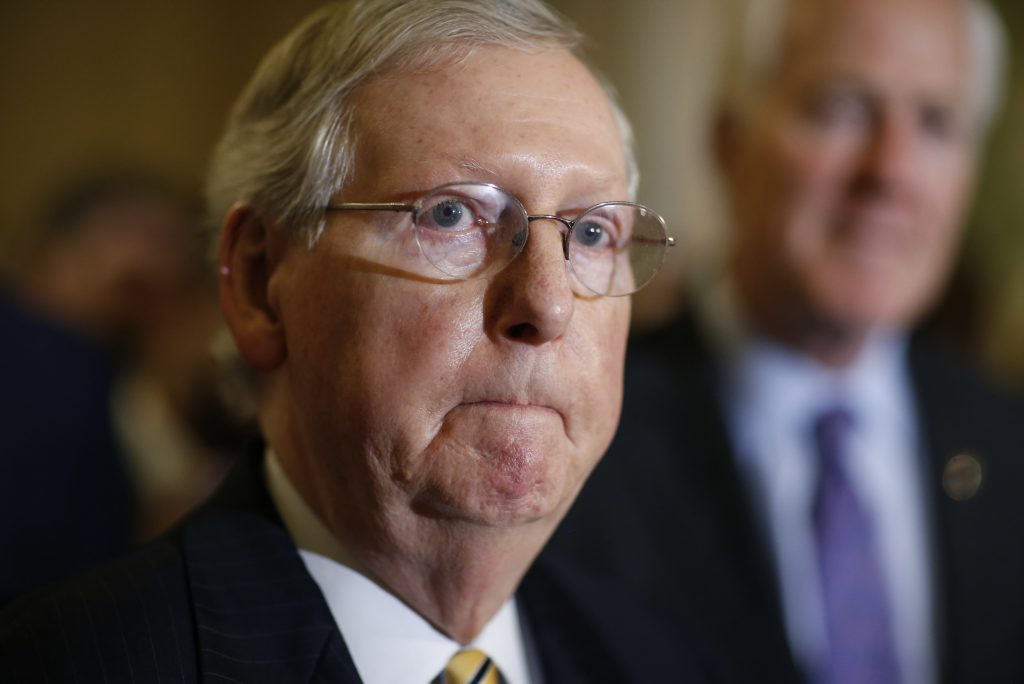 “As far as the debt ceiling is concerned, we will not be revisiting the debt ceiling until some time next year,” McConnell told reporters. “And getting Congress to give up a tool like that would probably be quite a challenging undertaking.”

Congress must periodically raise the debt limit to keep the U.S. government borrowing and operating. Lawmakers sometimes take advantage of that need to push through policy or spending changes.

Mr. Trump voiced support last week for the idea of eliminating the statutory cap on the U.S. Treasury Department’s authority to borrow, saying he discussed the possibility with congressional leaders.

At a White House meeting a day earlier, Mr. Trump made a surprise deal with Democratic congressional leaders for extending the debt limit for three months tied to hurricane relief legislation and funding for government operations into December.

In the meeting, which was also attended by top Republican congressional leaders and administration officials, Senate Democratic leader Chuck Schumer proposed eliminating the debt limit, and Mr. Trump and Vice President Mike Pence said they liked the idea, one person familiar with the meeting said.

Conservative groups accused Mr. Trump of caving in to the Democrats rather than insisting on spending cuts to accompany the debt ceiling increase, and some hard-line Republicans expressed opposition to it.

But the House of Representatives and the Senate, which are both controlled by Republicans, quickly approved the deal, including about $15 billion in hurricane-related aid, and it was signed into law by Mr. Trump on Friday.