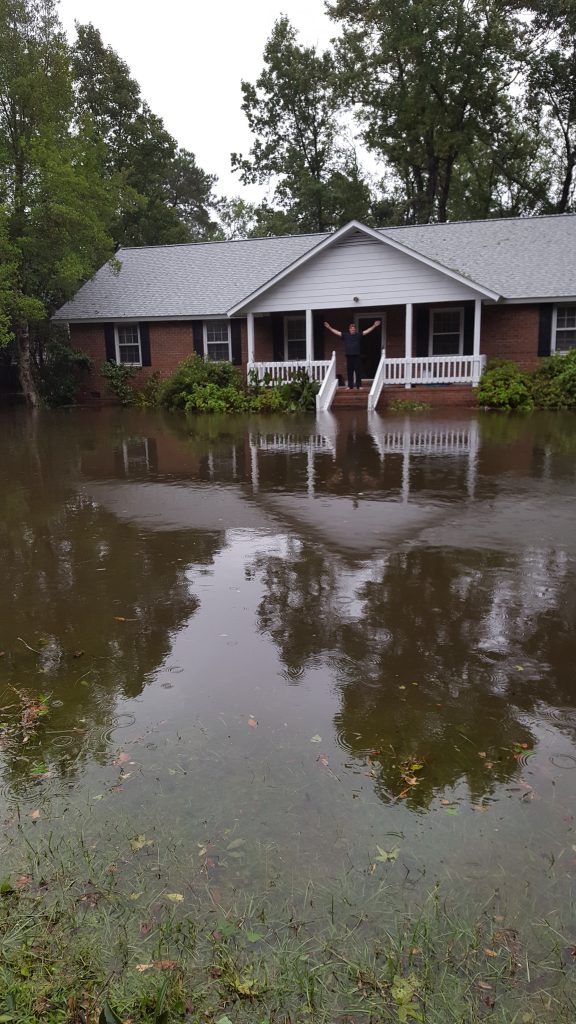 As Hurricane Irma moved closer to the U.S. mainland, Jewish communities across the southeast had prepared for the worst. Though some saw significant flooding in the streets, downed trees, and power outages, the shuls and homes of kehillah members generally did not have any significant flooding or wind damage.

In Charleston, South Carolina, none of the three Orthodox shuls — Brith Shalom Beth Israel (BSBI), Dor Tikvah and Chabad — were significantly affected by flooding, nor were many of their members.

Downtown Charleston, a low-lying peninsula, frequently has flooding; Irma flooded the downtown area worse than any storm since Hurricane Hugo in 1989.

But in the BSBI area, which includes around 220 kehillah members, “a few community members had flooding in their homes, but most did not,” Rebbetzin Ariela Davis told Hamodia. Rebbetzin Davis’s husband, Rabbi Moshe Davis, is Rav of BSBI.

“It was worse than we had expected, but it really was not much.”

There were tornado warnings all day Monday, and the electricity went down in the BSBI area Monday morning, but was back on by Tuesday afternoon.

The Davis family used to live in Houston, where Rabbi Davis served as assistant Rav at the United Orthodox Synagogue, a shul that suffered severe damage recently, as did the homes of many of its members, from Hurricane Harvey.

“That puts everything in perspective,” says Rebbetzin Davis. “We have our homes.”

Charleston resident Charles Steinert, who lives in a different neighborhood, near the Dor Tikvah shul, says that there was significant flooding on his street in the Montclair subdivision.

Mr. Steinert’s subdivision is on a lake near marshes, fed by the Ashley River.

The rain was pouring from 10 a.m. until 7 p.m. Monday — “the local weatherman called it a firehose,” says Mr. Steinert — but while there was serious flooding in streets, yards, and garages, for the most part, the homes themselves did not suffer major flooding.

“It’s a beautiful day in Charleston every day.”

Likewise, in Jacksonville, Florida, there was major flooding downtown, but in the frum neighborhood, Mandarin, there was no significant flood damage — just some minor flooding, with a few residents having to replace carpets.

“We were expecting catastrophic effects,” Rabbi Yaakov Fisch, Rav of the Etz Chaim Synagogue, told Hamodia. “We were prepared for the worst, so this is something of a relief.”

The area lost power Sunday afternoon. As of Tuesday evening, about half the shul’s 200 families, as well as the shul itself, were without power.

Rabbi Fisch said all residents expect to have power within a day or so.

On Shabbos, meteorologists predicted that the storm would pass directly over Florida’s Gulf Coast, including the city of Tampa. Many Tampa residents, including Rabbi Uriel Rivkin, Rav of the Young Israel of Tampa, left on Motzoei Shabbos.

As it turned out, the storm moved farther east than had been predicted, and the Rivkins were more affected in Orlando than if they had stayed back home in Tampa.

“In Orlando, we lost power for about 24 hours,” Rabbi Rivkin told Hamodia. “In my own neighborhood in Tampa, most residents never lost power.”