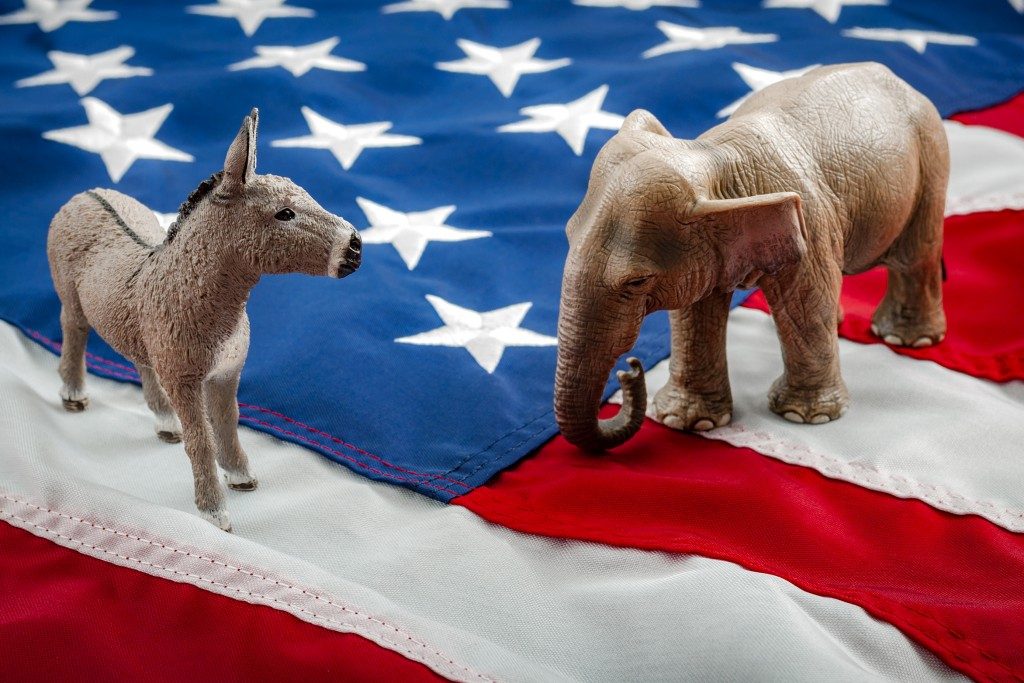 I appreciate that Rabbi Menken, my friend of many years, agrees with me (facing page) that treating political affiliations like sports teams is wrong, as is attaching ourselves to political positions (or parties, as I wrote in the piece he critiques) to the point of justifying the unjustifiable.

We disagree, however, about whether, as he claims, only “one political party” can rightly be supported by Torah-conscious Jews. He asserts that “to be a mainstream Democrat today, one must support” things like redefining marriage. Such redefinition, however, is no longer an issue, as it is, for better or worse (worse), not only the Supreme Court-established law of the land, but embraced by many Republicans, simple citizens and legislators alike.

Rabbi Menken also attributes to the Democratic Party an “increasing” belief that Jews are stealing Palestinian land, and, by extension, its reflection of ancient anti-Semitic canards.

I don’t know what he has in mind, but what I do know, as should he, is that both sides of the aisle in both houses of Congress are staunch and proven defenders of Israel’s security needs. And that during last year’s presidential campaign, attempts by Bernie Sanders and Jim Zogby to insert “occupation” and other “evenhanded” language in the Democratic platform were summarily and effectively quashed by the Democratic mainstream; and that the Democratic platform explicitly opposed the BDS movement.

It did endorse the eventual goal of a two-state solution, but if that constitutes some sort of updated Jew hatred, Israeli Prime Minister Netanyahu, along with some other very fine supporters of Israel, would qualify as anti-Semites.

But I don’t want to be put in a position of doing precisely what I decried in my original article, singing the praises of any party. My entire point was that mindless partisan politics and Torah-consciousness do not mix. Or should not. There are times when “conservative” values serve Klal Yisrael best, and times when “liberal” ones do; issues regarding which one party best reflects our concerns, and issues about which the other one does; and individual legislators who are on our side regarding some issues but not others. What is more, representatives of either party may themselves hold different positions from their own colleagues. What should matter alone to us is what is best for Klal Yisrael. And indiscriminate partisanship does not serve that goal.

As to Charlottesville, the “Unite the Right” gathering was explicitly billed in its promotional literature as a show of “white” strength; its official poster, in fact, was clearly modeled on Nazi posters, complete with birds pointedly reminiscent of the Nazi eagle darting through the sky, with Confederate flags in the place of the swastikas.

And actual swastikas were held aloft by rally participants, as many hundreds of them marched at night with torches, chanting angrily “Jews will not replace us!” and “Blood and soil!” — an English rendering of the Nazi “blut und boden.”

The counter-protest, by contrast, was organized by a coalition of peaceful rights groups: Peoples Action for Racial Justice, Together Cville and Charlottesville Center for Peace and Justice. According to their advertising, their march was to be “a peaceful protest against all forms of white supremacy, racial intolerance, and discrimination.”

And no number of “firsthand” anecdotes, no matter how compelling, can obscure that fact.

The president, on two occasions, seemed to pointedly equate the supremacists and the anti-hate group. For that, Rabbi Menken offers his “gratitude.” That, though, is precisely the sort of blunt partisanship and hero worship I consider so harmful. One needn’t be an opponent of Mr. Trump to acknowledge the inaptness of his apparent comparison. In fact, among the myriad groups that did so was the Republican Jewish Coalition. Rabbi Menken seems here to be, as they say, “more Catholic than the pope.”

The president’s comments were not merely “politically” misguided, they were morally wrong. That does not make him a bad person or an enemy, chalilah, but neither does it make him a hero.

I do not understand the pertinence of Rabbi Menken’s mention of media that tried to connect car attacks by Muslim terrorists in Europe with the supremacist who drove his car into a peaceful crowd in Charlottesville, but I certainly join him in his skepticism about that assertion.

Nor do I fathom the relevance here of the contrast between Israel’s humanitarianism and her Arab enemies’ celebration of murder. I have, in fact, written about that staggering contrast on several occasions.

And so, my bottom line remains what the first lines of my original column contended: We American Jews who are faithful to Torah must advocate our interests and our ideals, but judiciously. We must not fall into the contemporary trap of becoming partisan cheerleaders instead of prudent champions.