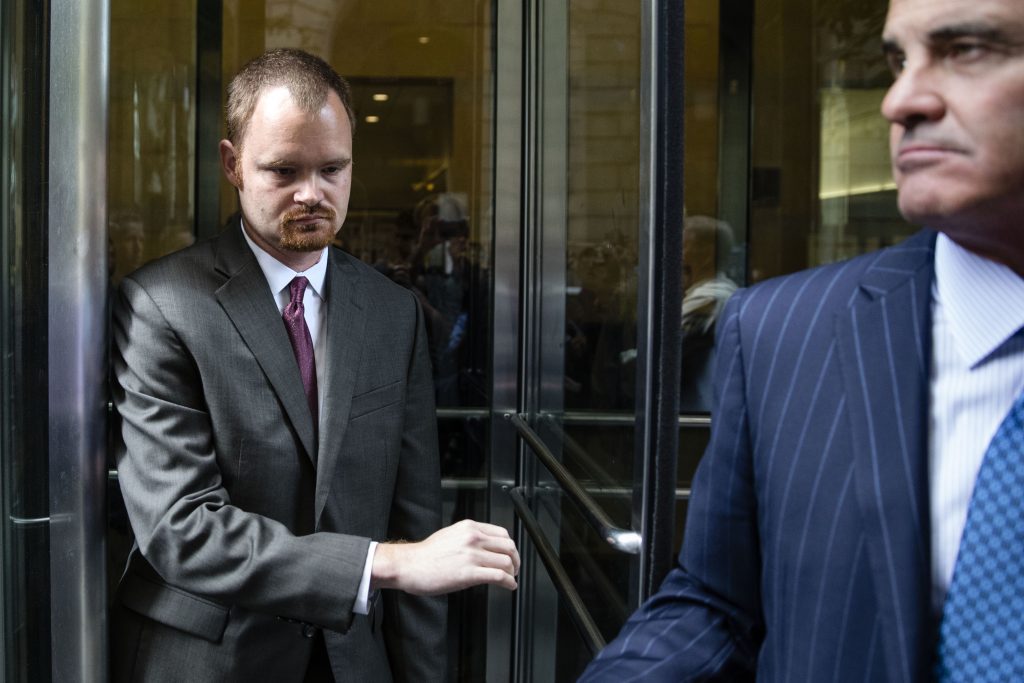 A judge on Tuesday dismissed criminal charges against the engineer in an Amtrak derailment in Philadelphia that killed eight people, citing a lack of evidence.

“Based on this evidence, I feel it’s more likely an accident than criminal negligence,” Judge Thomas Gehret said after a preliminary hearing for Brandon Bostian, who faced charges that included involuntary manslaughter and reckless endangerment.

The 34-year-old engineer was arrested in May after the family of one of the victims filed a private criminal complaint, and another judge overruled prosecutors who’d said there wasn’t enough evidence against him. Bostian’s lawyers argued in court documents that the unusual circumstances leading to Bostian’s arrest, as the statute of limitations loomed, had violated his due process rights.

Bostian’s Washington-to-New York train tumbled from the tracks on May 12, 2015, after accelerating to 106 mph as it entered a 50-mph curve. About 200 people were injured.

Federal safety investigators concluded Bostian lost his bearings while distracted by an incident with a nearby train.

At Tuesday’s hearing, a passenger who survived the deadly crash testified that she could feel the train speed up as it approached a curve, then heard a “big bang” as her car hurtled off the tracks and she wound up unconscious in the woods.

As the train accelerated and began “going way too fast,” Blair Berman said she removed an earbud and looked into the aisle to see what was happening.

“I heard screaming from the front of the car and then a big bang and then I blacked out and woke up in the woods,” she said, adding that other passengers were lying on top of her.

Berman, who suffered several broken bones, testified that she encountered Bostian when she regained consciousness — barefoot and unable to put weight on her leg — and began screaming for help.

She said Bostian initially refused to let her use his phone, then relented, and she called her father.

Berman, who was living in New York at the time of the crash and was heading home after a Mother’s Day weekend in the Philadelphia area, said Bostian appeared alert and aware. She said he was able to tell her where along the route the train had crashed.

But Philadelphia Police Det. Joseph Knoll, testifying later Tuesday, said that Bostian didn’t seem to know where he was when he arrived at a hospital a few miles from the crash scene.

“Are we in New York?” Bostian asked nurses and others as he walked into the hospital, according to Knoll.

Knoll said he could tell Bostian was injured in the crash because he had a visible head wound, but didn’t know the engineer had suffered a concussion.

The National Transportation Safety Board found no evidence that Bostian was impaired or using a cellphone. The agency also called Amtrak’s long failure to implement automatic speed control throughout the busy Northeast Corridor a contributing factor.

It has since installed speed controls on all the tracks it owns on the Northeast Corridor from Boston to Washington.

Tuesday’s testimony revealed that Bostian had a second electronic device with him the night of the crash — a tablet computer.

Eric McClendon, with the police department’s bomb disposal unit, said he found a small tablet inside Bostian’s backpack in the locomotive. But the device later went missing and was never examined by federal investigators for possible use while Bostian was operating the train.