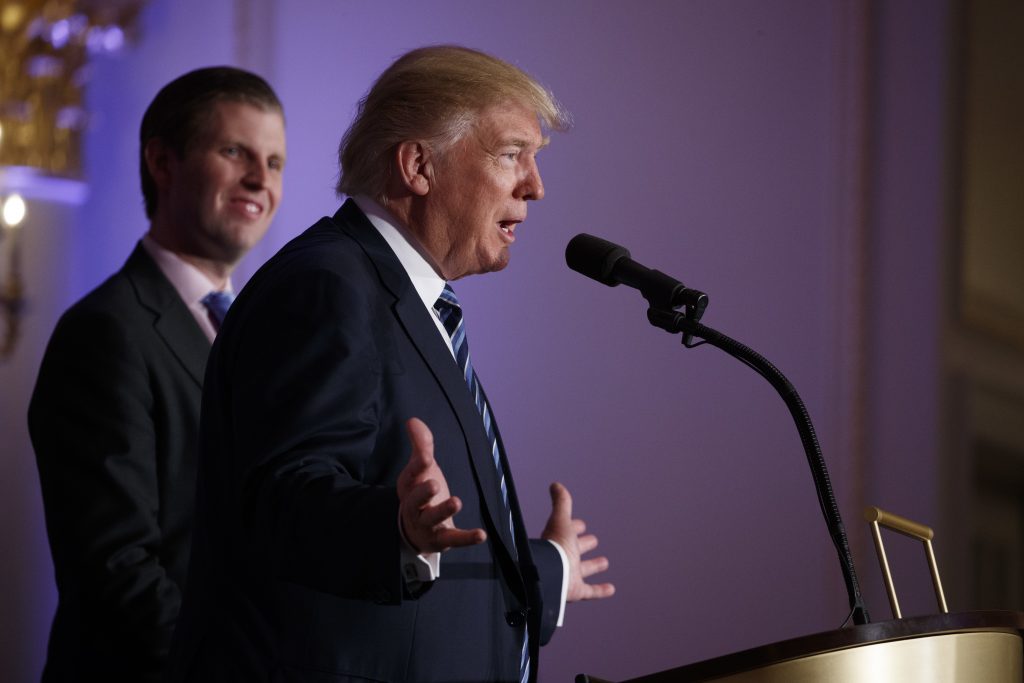 President Donald Trump has become a grandfather for the ninth time.

The Trump Organization announced the birth on Twitter. The child’s name is Eric “Luke” Trump.

Eric Trump, along with his brother Don Jr., were forceful advocates for their father on the campaign trail and have remained in New York to run the family business.

Lara Trump was also a frequent campaign presence and has been working on the president’s re-election efforts.