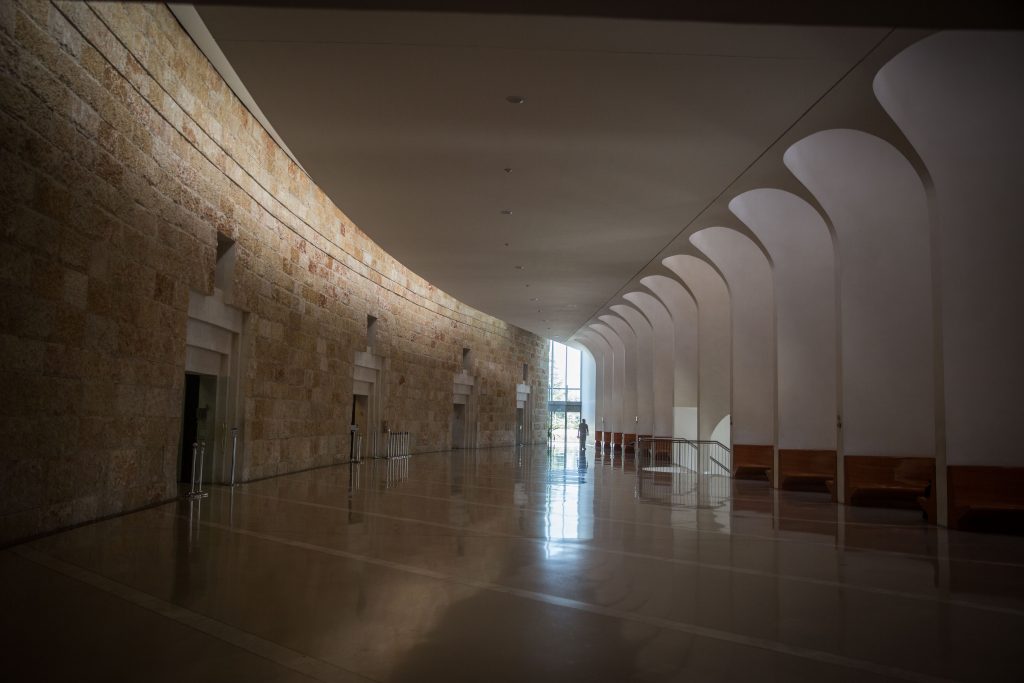 Chareidi MKs denounced a High Court ruling issued on Tuesday that declared unconstitutional a law passed by the Knesset which extended the draft exemption for yeshivah students to 2023.

The chareidi leaders accused the judges of waging a war on the Torah, of unjustified intervention in the legislative powers of the Knesset, and seeking to aggrandize their own hold on power.

In response to the news, Merkaz HaTorah- Vaad HaYeshivos in Eretz Yisrael said:

“The holy Torah is the life breath of the Jewish people and the secret of its survival from the time of Avraham, Yitzchak and Yaakov. In all the years of the Exile, the yeshivos have never ceased, and all the more so in the Land of Israel.

“The Vaad HaYeshivos, which was established approximately 75 years ago by Gedolei Yisrael, in the wake of the destruction of the yeshivos of Europe, will continue to carry out its mission with total dedication to the development and flourishing of Torah without compromise or concession despite the various attempts to harm the holy yeshivos.

“We are confident in the Divine promise that the Torah will not be forgotten in Yisrael. We look forward to the day when Hakadosh Baruch Hu will shower down upon us a pure spirit and the knowledge of Hashem will fill the entire world.

Health Minister, Rabbi Yaakov Litzman (UTJ MK) condemned the decision as “one of the worst, most wretched judicial decrees that will enter the long history of persecutions of the Jewish people.”

“The judges demonstrated today that they will use any means to harm the Torah community in Israel.”

He pledged, however, that “we will not permit any force in the world to prevent a Jew from learning Torah,” and predicted that “any sanction” they will seek to impose “will be doomed to failure from the outset.”

“We will consult with the Gedolei Yisrael to formulate a response that will overturn this draconian ruling from judges who have no understanding of the paramount importance of Torah study for the Jewish people down through the generations,” Rabbi Litzman said.

Finance Committee Chairman MK Moshe Gafni (UTJ) said, “Throughout the history of the Jewish people, there have been many people both from within the nation and without who have attempted to prevent yeshivah students from continuing their studies. Some have tried to do so with force. Some have tried other ways, But they never succeeded in harming the study of Torah, and so too, will they not succeed now.”

“The Torah scholars will continue their studies with or without the Court. I completely reject the court’s ruling, and over the next year we will act to correct it, in the faces of the judges who have no idea of the importance of Torah scholars, or that our merit depends on the yeshivah students. That is how the world works: ‘If My covenant be not with day and night, if I have not appointed the ordinances of heaven and earth.’”, Rabbi Gafni added.

Interior Minister Rabbi Aryeh Deri (Shas) condemned the ruling, saying that it “again proves the serious disconnect between the Court and the Jewish people, who have known through all generations that what holds us together against persecution and decrees was Torah study.

“The yeshiva students will continue, even after the High Court ruling, to diligently study like the tribe of Levi [whose study was supported by tithes from the other tribes of Israel] and protect the rights of the inhabitants of Israel. We will act with all our strength to amend the law in a way that will enable the continuation of the existing arrangement.”

“The High Court’s judicial activism, “whereby judges overturn Knesset laws “completely empties Knesset legislation of importance, turning it into a dead letter. Today’s decision just drives another nail into the coffin. The High Court is eager for the apocalypse.”

The expanded nine-justice panel headed by outgoing Court President Miriam Naor voted 8 to1, with Justice Noam Sohlberg dissenting, to accept a petition from the Movement for Quality Government which challenged the existing draft law passed in 2015 on the basis of inequality, since it obligates secular youth in military service while exempting yeshivah students.

The court gave the government a one-year deadline to pass a new law before the default regulations are automatically operational, which would require all chareidim to be drafted into the army.