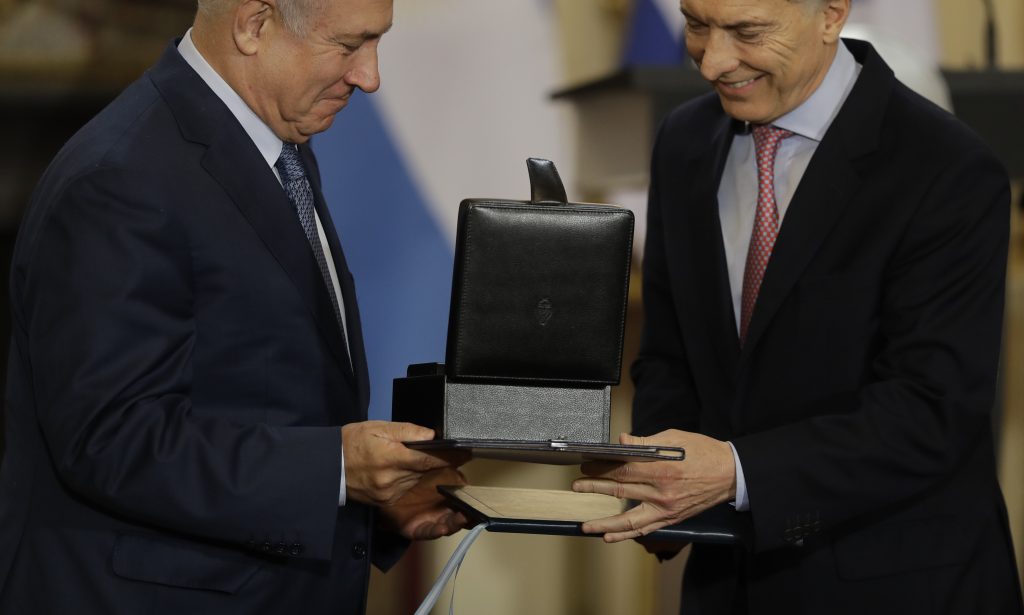 Argentina has given Israel thousands of World War II era documents during a visit by Prime Minister Benjamin Netanyahu that he says marks “a new dawn” in his country’s relationship with Latin America.

The digital documents delivered Tuesday by President Mauricio Macri include more than 140,000 secret files and photographs from 1939-1950. They were digitized by Argentina and the U.S. Holocaust Memorial Museum in Washington.

Argentina remained neutral during the war but later became a refuge for fleeing Nazi criminals.

Netanyahu arrived Monday in Buenos Aires for the first visit by an Israeli leader to the region since Israel’s creation in 1948. He is also scheduled to visit Colombia and Mexico before going to New York, where he will address the U.N. General Assembly on Sept. 26.