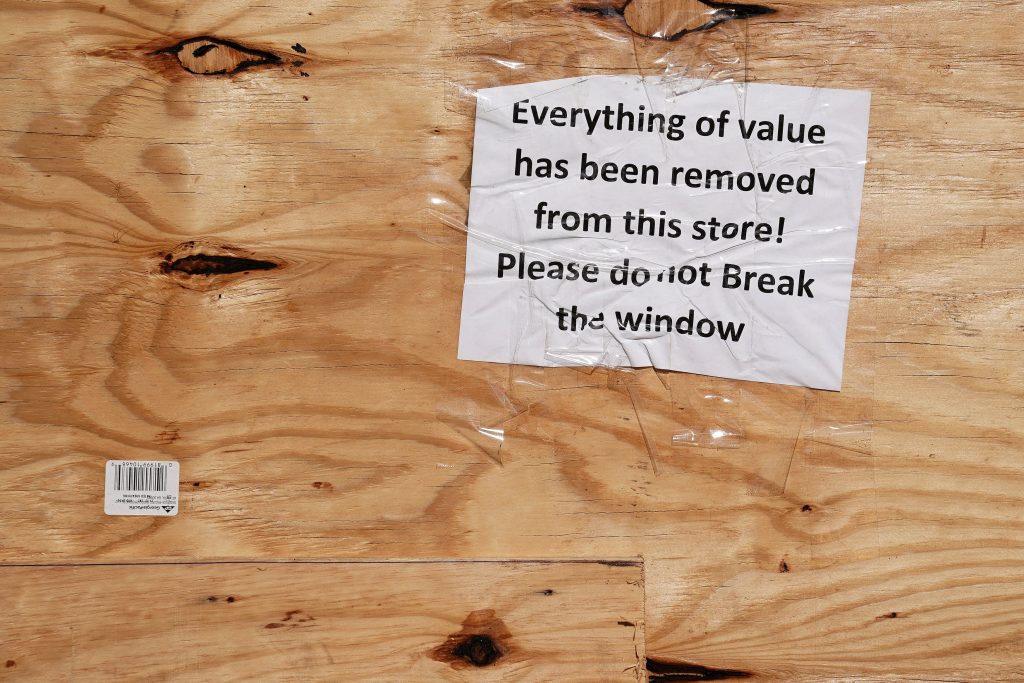 Miami area police arrested more than 50 suspected looters during Hurricane Irma, including 26 people who were accused of breaking into a single Wal-Mart (WMT.N)
store, authorities said on Tuesday.

City officials on Tuesday lifted a local 7 p.m. to 7 a.m. curfew that had been in place since Sunday. As normality began to return, police commanders said officers will work 12-hour shifts, 24 hours a day, to discourage any more criminality.

“I said we would not tolerate criminal activity or looting or anybody who takes advantage of our residents,” Deputy Chief of Police Luis Cabrera said at a news conference. “I was not joking.”

The Wal-Mart incident took place on Saturday night at a store on the north side of the City of Miami, said Miami-Dade Police Department spokesman Alvaro Zabaleta.

Among others suspected of looting were six men arrested on Monday and accused of breaking into stores at the Midtown Miami shopping complex, near the fashionable Wynwood district, before making off with merchandise that included shoes, bags and laptops.

The looting attempts spanned the city, said Miami Mayor Tomas Regalado, from the well-heeled Brickell and downtown neighborhoods to the low-income Liberty City and Little Haiti areas. He said police will stay vigilant as the cleanup goes on.

Officers have also been busy trawling roads that can be perilous for motorists because power cuts shut off traffic lights at intersections and streets have accumulated shredded vegetation spread by the storm’s powerful winds.

“We have never experienced, not even with Hurricane Andrew, the amount of trees that are downed in the city,” Regalado told the news conference. Hurricane Andrew hit Florida in 1992.

Since Irma began bearing down on the state late last week, authorities have been warning any would-be looters against taking advantage of the situation.

Rick Maglione, the police chief of Fort Lauderdale, about 30 miles north of Miami, told residents to stay home during the storm and look after their loved ones. “Going to prison over a pair of sneakers is a fairly bad life choice,” Maglione said in a statement.

Miami police posted a photo on social media of several accused looters sitting in a jail cell under the caption: “Thinking about looting? Ask these guys how that turned out. #stayindoors.”