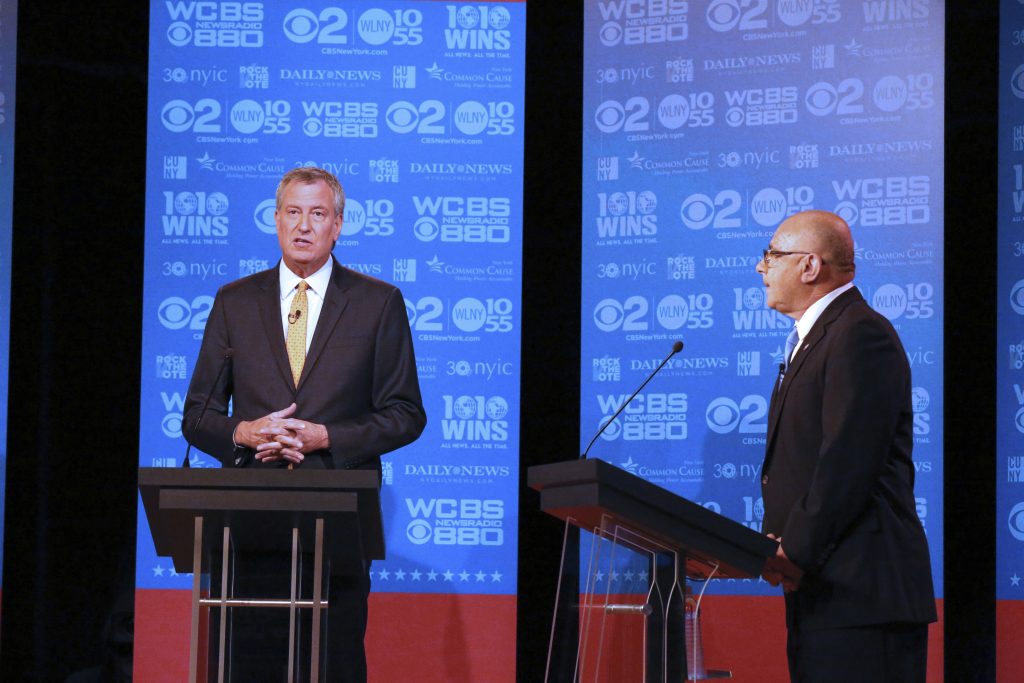 Voters in New York City and Rockland County will vote in primaries Tuesday to choose candidates for the general election to be held in two months.

Mayor Bill de Blasio’s reelection will top the list of primary ballots in New York, although only several seats are contested. He faces four opponents in the Democratic primary, although only Sal Albanese, a former Midwood councilman, has gained sufficient clout to be eligible for the debates.

On the Republican side, Assemblywoman Nicole Malliotakis of Staten Island faces no real challengers.

In Rockland County, Republican Ed Day is sure to get his party’s nod for reelection, but he needs the backing of two other minor parties — Conservative and Reform — to win in November. Thomas Sullivan is challenging him for the Conservative ballot line, while the Reform line is open to anyone under rules instituted by the new party chairman, Curtis Sliwa.

Jewish activists sent out a series of robocalls asking the community to deny Day the party slots by voting for Sullivan on the Conservative line and putting in any name on the Reform ballot.

They cite Day’s attacks on the community and its institutions these past four years, including last week when he held a press conference accusing his opponents of voter fraud. He is also on record ordering his deputies to try and “limit the growth of the religious Jewish community in Rockland County.”

Some competitive races include the one for Brooklyn district attorney, where five candidates seek to take the seat held by the late Kenneth Thomson, who died last year. The winner of the Democratic primary is certain to win in the general election.

City Comptroller Scott Stringer and Public Advocate Letitia James, as well as all five borough president, Manhattan DA Cyrus Vance and all council seats, are on the ballot.

The rare city council race making news is in the western part of Boro Park, where Assemblyman Felix Ortiz seeks to defeat incumbent Councilman Carlos Menchaca in the Democratic primary. Ortiz has sewn up the support of Jewish groups, who charge that Menchaca distanced himself from his Jewish constituents by espousing anti-Israel views.

In Midwood, Councilman Chaim Deutsch faces Marat Filler, a Jewish immigrant from the former Soviet Union, in the Democratic primary.

The general election is on Nov. 7.