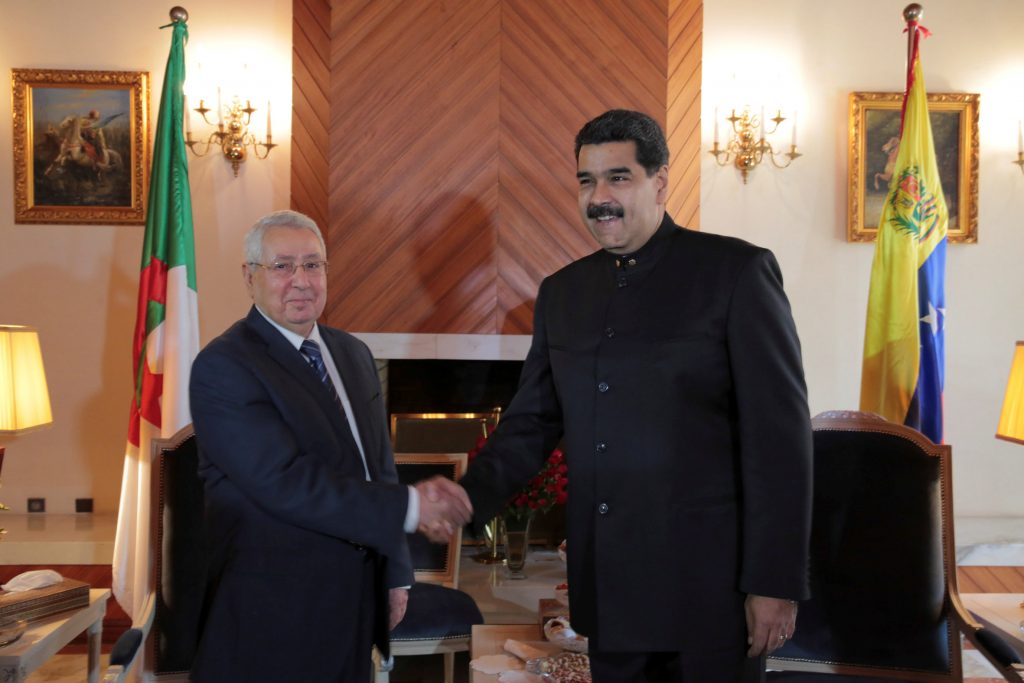 Venezuelan President Nicolas Maduro is visiting Algeria to talk about the oil market and boosting relations, as his country faces international pressure and political crisis.

Maduro arrived in Algiers early Monday, greeted by the heads of both houses of parliament and government ministers.

It’s unclear whether he will meet with President Abdelaziz Bouteflika, who has rarely been seen in public since a 2013 stroke.

Bouteflika’s office said in a statement that Maduro’s visit will look at “ways and means to consolidate” bilateral relations. It says talks will address international issues of “common interest”, including the hydrocarbons market. Both energy producers have struggled with low oil prices hitting their economies.

The U.S. has escalated its pressure on Venezuela as Maduro has consolidated power in recent months amid deadly protests.