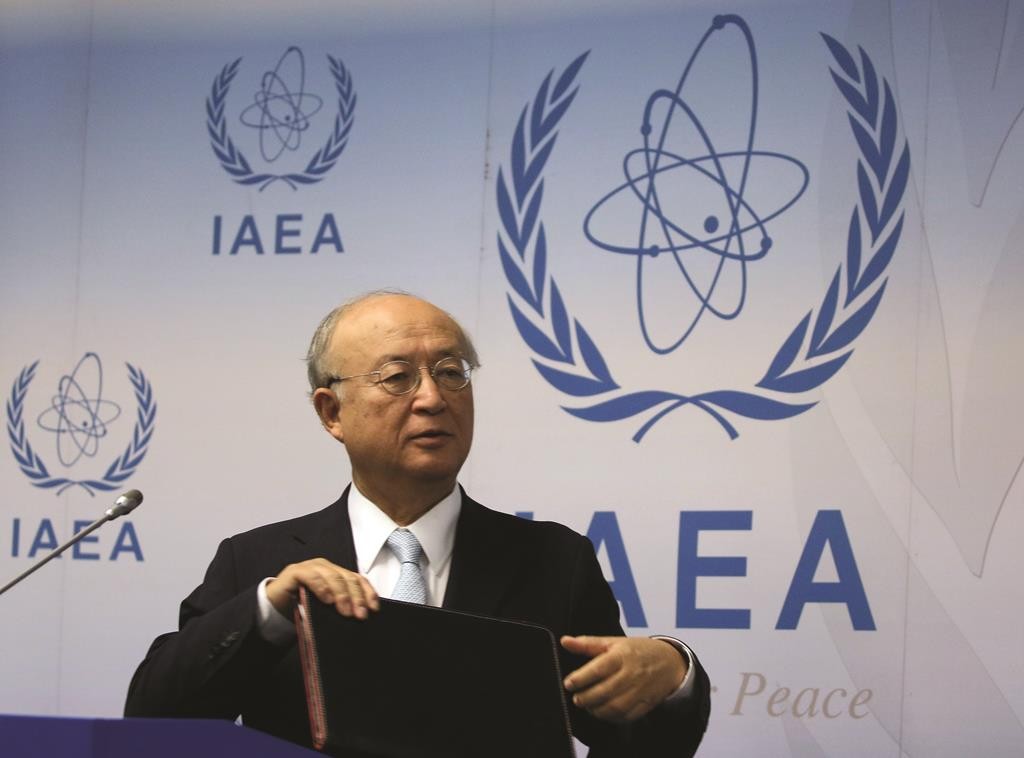 The head of the U.N. nuclear watchdog said on Monday Iran was playing by the rules set out in a nuclear accord it signed with six world powers in 2015, after Washington suggested it was not adhering to the deal.

The State Department must notify Congress every 90 days of Iran’s compliance with the deal. The next deadline is October, and President Donald Trump has said he thinks by then the United States will declare Iran non-compliant.

Yukiya Amano, the head of the International Atomic Energy Agency (IAEA), said Iran had not broken any promises and was not receiving special treatment.

“The nuclear-related commitments undertaken by Iran under the [deal] are being implemented,” he said in the text of a speech to a quarterly meeting of the IAEA’s 35-member Board of Governors.

Most sanctions on Iran were lifted 18 months ago under the deal and, despite overstepping a limit on its stocks of one chemical, it has adhered to the key limitations imposed on it.

In April, Trump ordered a review of whether a suspension of sanctions on Iran related to the nuclear deal, negotiated under President Barack Obama, was in the U.S. national security interest. He has called it “the worst deal ever negotiated.”

The U.S. ambassador to the United Nations, Nikki Haley, traveled to Vienna last month to speak with Amano about Iran and asked if the IAEA planned to inspect Iranian military sites, something she has called for.

Iran dismissed the U.S. demand as “merely a dream.”

Iran has been applying an Additional Protocol, which is in force in dozens of nations and gives the IAEA access to sites, including military locations, to clarify questions or inconsistencies that may arise.

“We will continue to implement the Additional Protocol in Iran … as we do in other countries,” Amano said.

In addition, the IAEA can request access to Iranian sites, including military ones, if it has concerns about activities or materials there that would violate the agreement, but it must show Iran the basis for those concerns.

That means new and credible information pointing to such a violation is required first, officials from the agency and major powers say. There is no indication that Washington has presented such information.