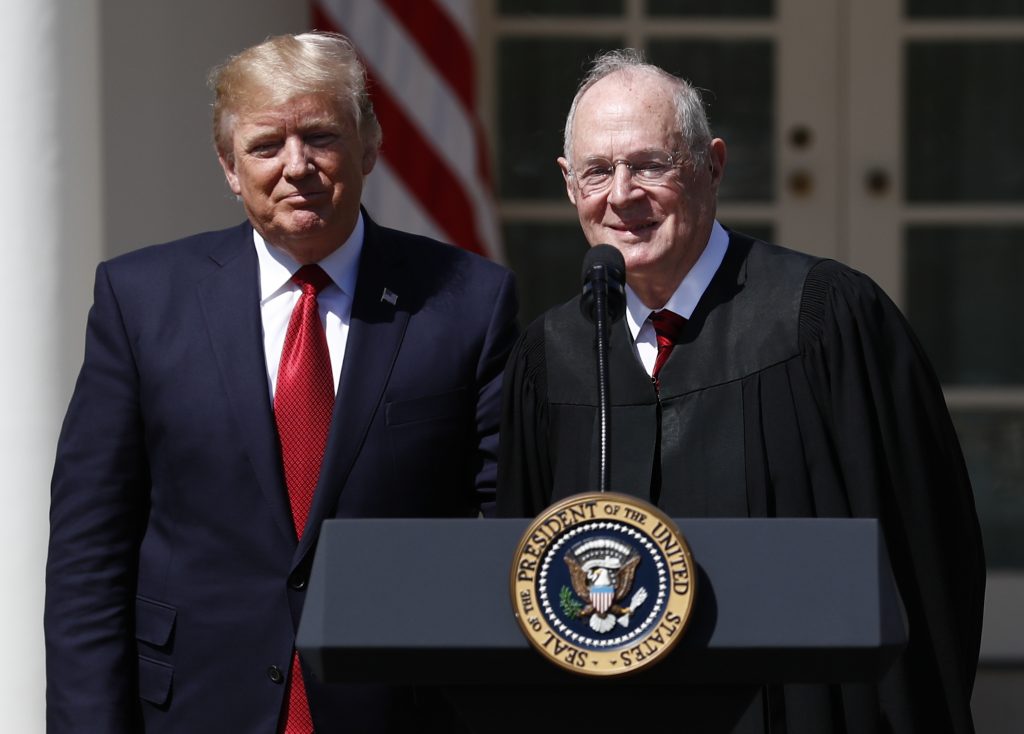 Kennedy acted in response to the U.S. Justice Department’s challenge to a Thursday ruling by the San Francisco-based 9th U.S. Circuit Court of Appeals that would let refugees from around the world enter the country if they had a formal offer from a resettlement agency.

Without Kennedy’s intervention, the appeals court decision would have gone into effect on Tuesday. Kennedy’s temporary action gives the full Supreme Court time to consider the merits of the Trump administration’s emergency request, likely in the coming days. Kennedy asked refugee ban challengers to file a response by noon (1600 GMT) on Tuesday.

In court papers filed earlier on Monday, the Justice Department said the 9th Circuit decision on the refugee ban “will disrupt the status quo and frustrate orderly implementation of the order’s refugee provisions.” Up to 24,000 additional refugees would become eligible to enter the United States than otherwise would be allowed, according to the administration.

The Justice Department’s filing marked the latest twist in the ongoing legal fight over Mr. Trump’s executive order that barred travelers from Iran, Libya, Somalia, Sudan, Syria and Yemen for 90 days, a move Mr. Trump argued was needed to prevent terrorist attacks. The order included a 120-day ban on refugees.

The bans were challenged by Hawaii and other Democratic-led states, the American Civil Liberties Union and refugee groups.

“The extraordinary efforts the administration is taking in pursuit of the Muslim ban stand in stark contrast to its unwillingness to take a single step to protect 800,000 Dreamers,” Jadwat said.

The travel ban and refugee provisions from Mr. Trump’s order were blocked by lower courts but were partially revived by the Supreme Court in June, which said the bans could be applied only to people without a “bona fide” relationship to people or entities in the United States.

That prompted new litigation brought by Hawaii over the meaning of that phrase, including whether written assurances by resettlement agencies obligating them to provide services for specific refugees would count.

The Trump administration said the assurances should not count, meaning such refugees would be barred.

The broader question of whether the travel ban discriminates against Muslims in violation of the U.S. Constitution, as lower courts previously ruled, will be argued before the Supreme Court on Oct. 10.

States, civil liberties advocates and others who challenged Mr. Trump’s order in court argued that it violated federal immigration law and the Constitution’s First Amendment prohibition on the government favoring or disfavoring any particular religion. Critics called it an unlawful “Muslim ban” that made good on Mr. Trump’s promise as a candidate of “a total and complete shutdown of Muslims entering the United States.”