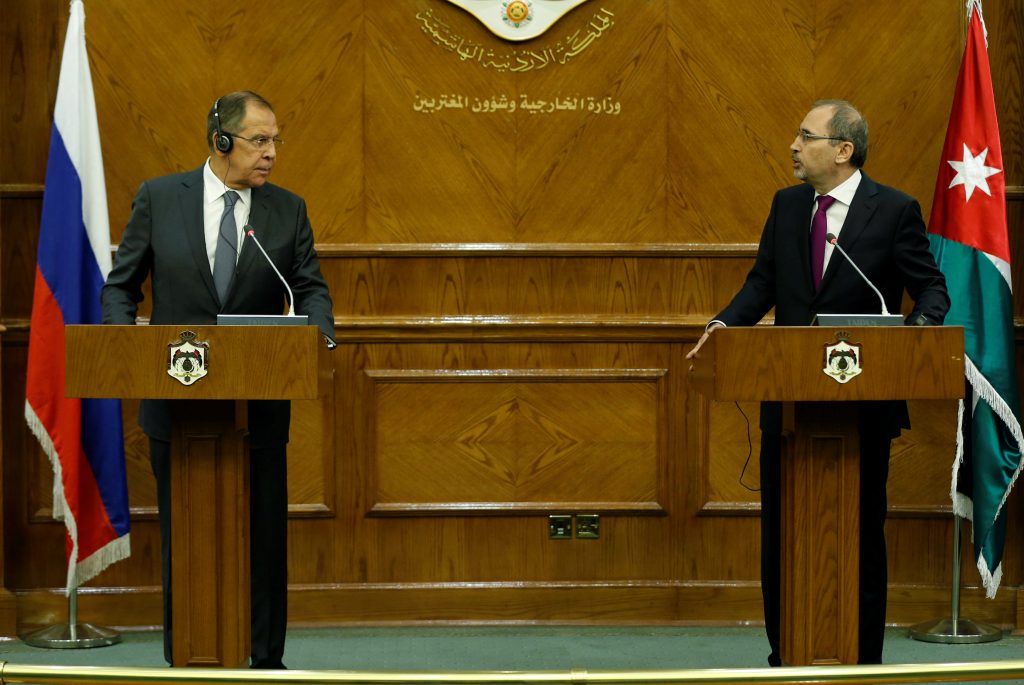 Jordan said on Monday it was working with Russia to roll out a plan to end fighting in southwestern Syria “in the fastest possible time” – part of a peace pact for the border area brokered by Amman, Moscow and Washington.

Jordan and Russia’s foreign ministers met in Amman to discuss progress in setting up a “de-escalation zone” in the particularly sensitive region that includes Syrian territory neighboring Israel.

Neither side gave details on any sticking points, but diplomats told Reuters they have included the final positions of fighting forces, U.S. unease about Russian involvement in policing the deal, and when to reopen a key border crossing.

Russia, which backs Syria’s government in the civil war, and the United States, which backs rebel forces seeking to topple President Bashar al-Assad, met secretly in Jordan in June and announced a ceasefire in Syria’s southwest a month later.

The truce – the first peacemaking effort in the war by the U.S. government under President Donald Trump – has reduced fighting there and is meant to lead to a longer-lasting de-escalation, a step towards a full settlement more than six years into the complex war.

“We expressed our support to resolve all issues relating to the de-escalation zones’ performance,” Russian Foreign Minister Sergei Lavrov told reporters in Amman.

“The goal is to set up a de-escalation zone in the fastest possible time,” his Jordanian counterpart Ayman Safadi said.

“Our priority is that our borders are secure and that means that there should be no Daesh nor Nusra nor sectarian militias,” Safadi added, referring to Islamic State and a rebel force once linked to al-Qaida, both operating in Syria.

An official and two senior diplomats told Reuters the powers have made progress in drawing up a map of the de-escalation zone, including Quneitra province bordering Israel, alongside the southern Deraa province adjoining Jordan.

The official and diplomats said Washington had also secured an understanding with Moscow that militias backed by the Syrian government’s ally Iran must be pushed 40 km (25 miles) from the border.

That might help allay Israeli and Jordanian concerns about the presence of Lebanon’s Iran-backed Hezbollah group in the area.

Diplomats said Lavrov also pressed Jordan to reopen its Nasib border crossing with Syria, something Amman has so far resisted, saying it needs more security. But it has strongly backed the broader de-escalation deal, seeing it as paving the way for an eventual return of tens of thousands of refugees in its territory.

Rebels say the ceasefire remains fragile and fear Syria’s army will return to attack them once it has consolidated gains in the north and other areas. Insurgents say the de-escalation zones merely free up Syria’s army to make territorial gains elsewhere.

Syria’s army, supported by Russian air power and Iranian-backed militias, has in recent weeks gained a string of posts along the border with Jordan in southeastern Syria, a zone that is outside the ceasefire area.