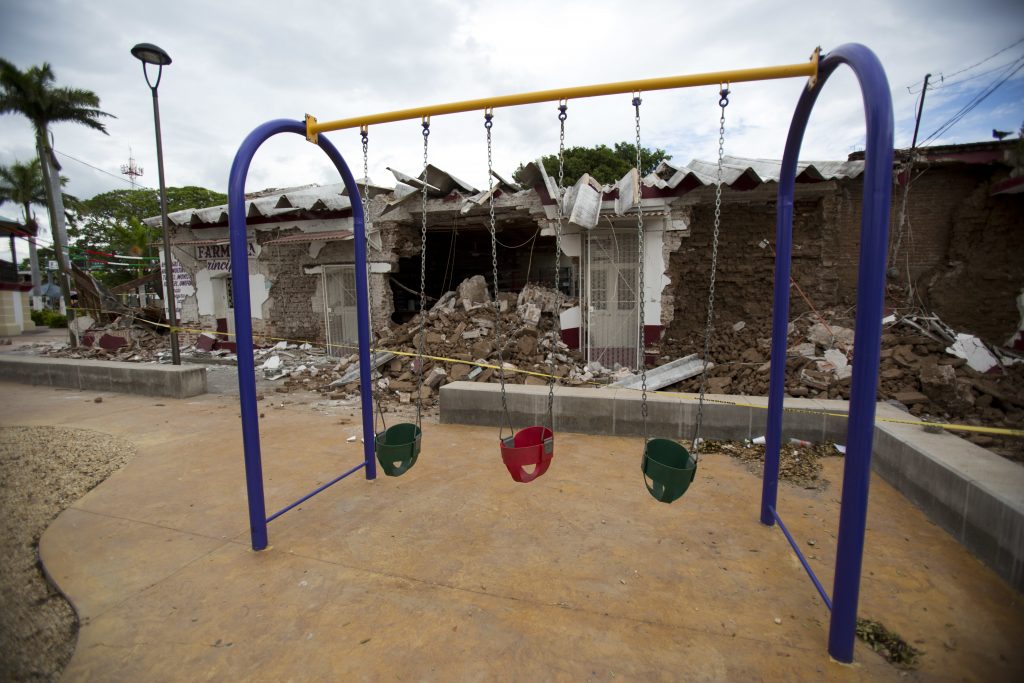 Mexico has withdrawn its offer to aid victims of Hurricane Harvey in Texas due to demands on its emergency services from a massive earthquake that struck late last week, the foreign ministry said in a statement on Monday.

But the earthquake that struck southern Mexico on Thursday killed at least 96 people and left some 2.5 million people in need of aid. Hurricane Katia also hit the Gulf state of Veracruz this weekend and heavy rains have stretched emergency services.

“Given these circumstance, the Mexican government will channel all available logistical support to serve the families and communities affected in the national territory,” the foreign ministry statement said.

U.S.–Mexican relations have been strained by U.S. President Donald Trump’s threats to curtail trade with Latin America’s No. 2 economy as well as his demand that Mexico pay for a border wall to keep out immigrants and drug traffickers.

The ministry noted that the U.S. embassy had taken nine days to respond to Mexico’s formal offer of aid on Aug. 28, and said that “only certain logistical aid” was accepted.

The U.S. embassy in Mexico did not immediately respond to a request for comment.

Mexican media highlighted that Trump had not spoken about the quake, which drew pledges of support from the pope and other world leaders, nor publicly acknowledged Mexico’s aid offer.

Separately, the ministry said Foreign Minister Luis Videgaray will travel to the United States this week to meet with local leaders and beneficiaries of a U.S. program protecting from deportation immigrants brought illegally into the United States as children.

Last week, Trump said he would end the Deferred Action for Childhood Arrivals (DACA) program but delayed implementation until March to give Congress a chance to draft an alternative.

More than three-fourths of the 800,000 immigrants enrolled in the DACA program are from Mexico.

Videgaray will travel to Sacramento and Los Angeles on Sept. 11-12 and then to Washington on Sept. 13, the ministry said, adding that he will meet with California Governor Jerry Brown and other officials.