Israel Lieberman Warns Syrians ‘Not To Test Us’
Israel 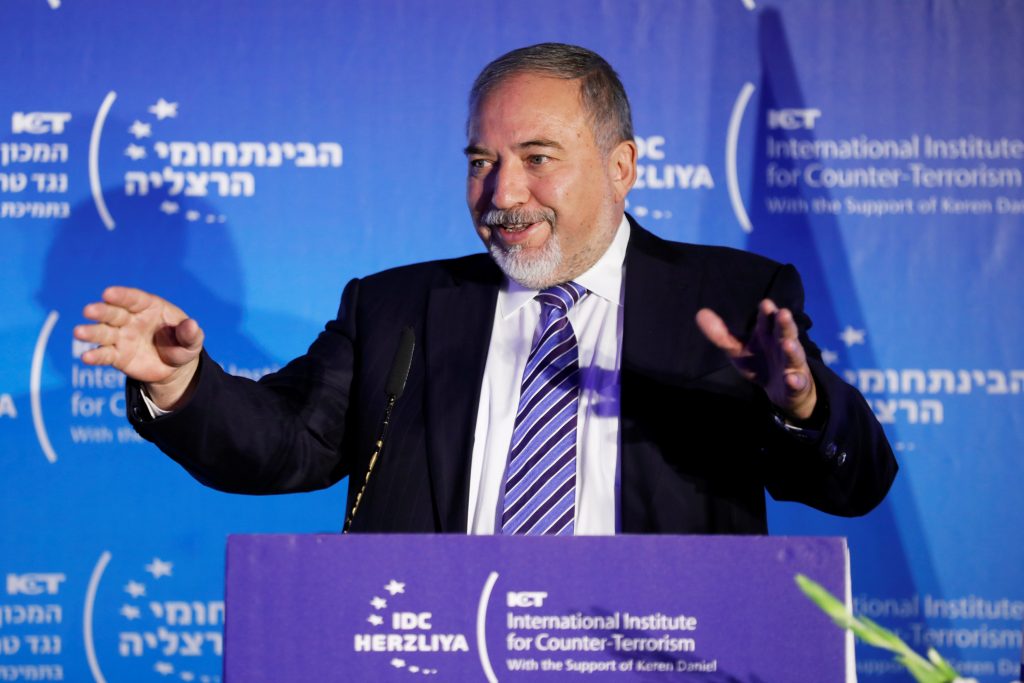 In a rhetorical tit-for-tat, Defense Minister Avigdor Lieberman retaliated on Monday against a threat made by Syria with a warning of his own.

Syrian deputy foreign minister Faisal Mekdad told a Lebanese news outlet on Sunday that Israel would “pay a heavy price” for carrying out airstrikes in Syria in recent days.

Israel has not officially confirmed or denied responsibility for the strikes, which targeted a chemical weapons facility, but would only reiterate its policy of acting where necessary in Syria for its own security.

Lieberman warned that any future provocation against Israel from its northern neighbors would end “very badly” for them.

“I strongly suggest to our neighbors from the north not to try and provoke or threaten us because we take these threats seriously,” Lieberman said at a ceremony honoring fallen Bedouin soldiers.

The defense minister told the attendees at the ceremony in the Galil that Israel “hopes that one day the Middle East will become an area of peace, cooperation and coexistence. But unfortunately, just today, we heard threats from our northern border, and I’m referring to the remarks made by the Syrian deputy foreign minister.”

Lieberman warned the Syrians “not to test us.”