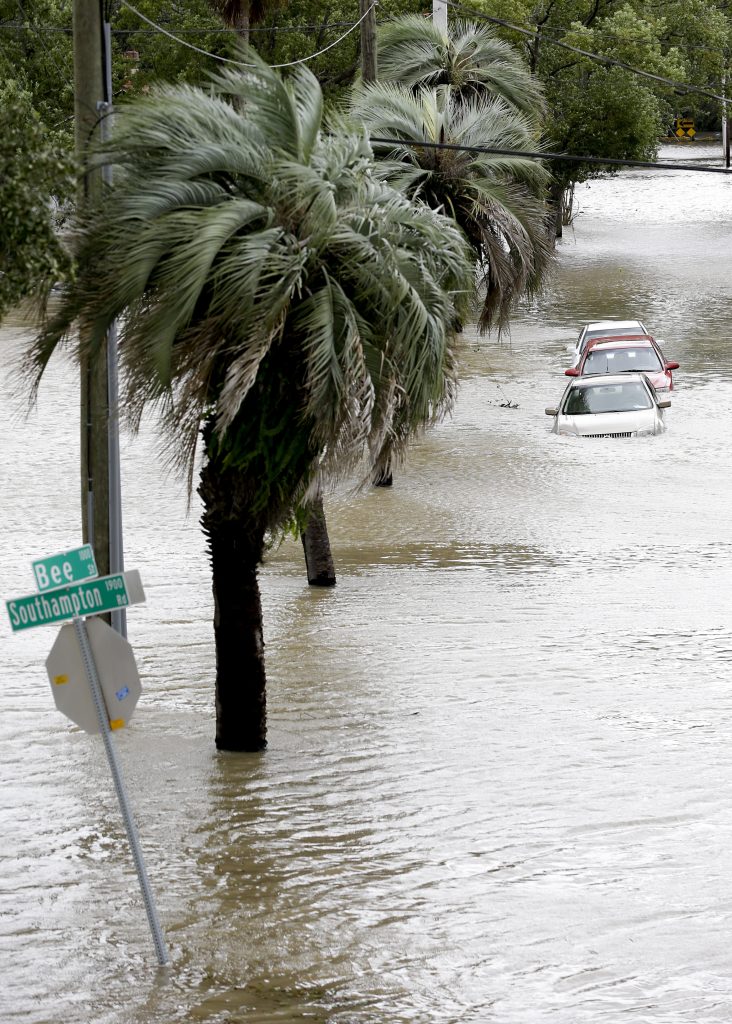 In the days after Hurricane Irma swept through southern Florida, Jewish communities struggled to get back to normal life amid widespread power outages and many downed trees, but with a grateful sense that they had been spared the worst of the destruction that this massive storm could have brought.

Alan Sakowitz, a real-estate developer from North Miami Beach who has been involved in public safety issues, said that power outages in the Florida heat were challenging, but he was grateful that doomsday predictions had been averted.

“What we are dealing with now is a big inconvenience, but it’s not more than that,” he told Hamodia. “We’re very fortunate. It’s much better than what we were afraid could have happened here.”

Mr. Sakowitz’s elderly mother had moved in with his family for the duration of the storm, but now they had moved to her home in the Kendall area, which had power restored.

He said that nearly 75 percent of North Miami Beach’s Orthodox community had headed to other locations to avoid the hurricane, but some had begun to make their way back, with many others hindered by heavy traffic and gasoline shortages.

With many homes empty and power outages disabling alarm systems, police had stationed extra officers in the area to prevent robberies and looting. Volunteers from the Jewish community patrolled the neighborhood throughout the night as well.

Mr. Sakowitz said that the “bigger story” was the many chessed initiatives to help people cope with the storm and its fallout. Many local mosdos and shuls were offering supper to those who still had no electricity, and a local kosher supermarket offered affected families food packages, and several caterers and restaurants have pitched in as well.

“I have a neighbor who was boarding up his house on Friday and took some extra wood and boarded up the shul as well. I think Hashem saw the chessed that went on around this storm and kept the worst of it away from us,” he said.

Rabbi Moshe Matz, Florida director for Agudath Israel of America and Rav of the Aventura Shul in Miami, said that while there was relatively little property damage, he concurred that the biggest challenge for those who had not evacuated was dealing with the lack of electricity amid 88-degree heat and the city’s signature high humidity.

“Baruch Hashem, our family does have power, and another family that doesn’t is moving in with us for the time being. A lot of people in the community are moving around to friends that got power back or have generators,” he told Hamodia. “There are a lot of downed trees and some leaks, but it’s nowhere near the level of devastation we were afraid of.”

As of Tuesday afternoon, nearly all of North Miami Beach was without power and most of Miami Beach proper as well, with sporadic exceptions. As the day went on, many more regained electricity.

Most shuls were able to resume regular minyanim. Rabbi Matz said that his shul managed not to miss a minyan even in the thick of Irma’s blow. Schools would remain closed at least until Wednesday, with many without power and large amounts of staff out of town.

While the storm and power outages have proven a hardship to many, there has been particular concern for Miami’s elderly.

Hatzolah had organized a database prior to the storm of all the members of the community who had chosen to stay. It has proven a useful tool, particularly for relatives of elderly people who live elsewhere and wanted to check up on their loved ones. In many instances, volunteers have been sent to check on the wellbeing of seniors and other high-risk residents. Hatzolah units from New York and New Jersey had prepared to send personnel and equipment to assist amid dire predictions last week, but the effort was trimmed back after Miami was spared large-scale damage.

In cities along Florida’s eastern coast, even with most having no electricity, residents felt they had “dodged a bullet.”

“We have a lot of trees down around my house, but baruch Hashem, only minor damage,” Yechezkel Rodal, an attorney who lives in Lauderhill, told Hamodia on Monday. “I had to maneuver around streets blocked by downed trees to get to Shacharis this morning and the shul had no power. It was very hot, but the minyan went on.”

Rabbi Ruvi New, director of Chabad of Boca Raton, was among the many throughout the state who were arranging a mass meal in his shul for the many in his area without power.

“There were a lot of power outages, but baruch Hashem we were really spared the worst,” he said.

In Boca Raton and the Ft. Lauderdale area, as in Miami, major coordination efforts allowed for volunteers to keep track of elderly residents.

“The chessed that has gone on around this storm is unbelievable,” said Mr. Rodal. “People are doing everything they can to help each other. Mi k’amcha Yisrael.”