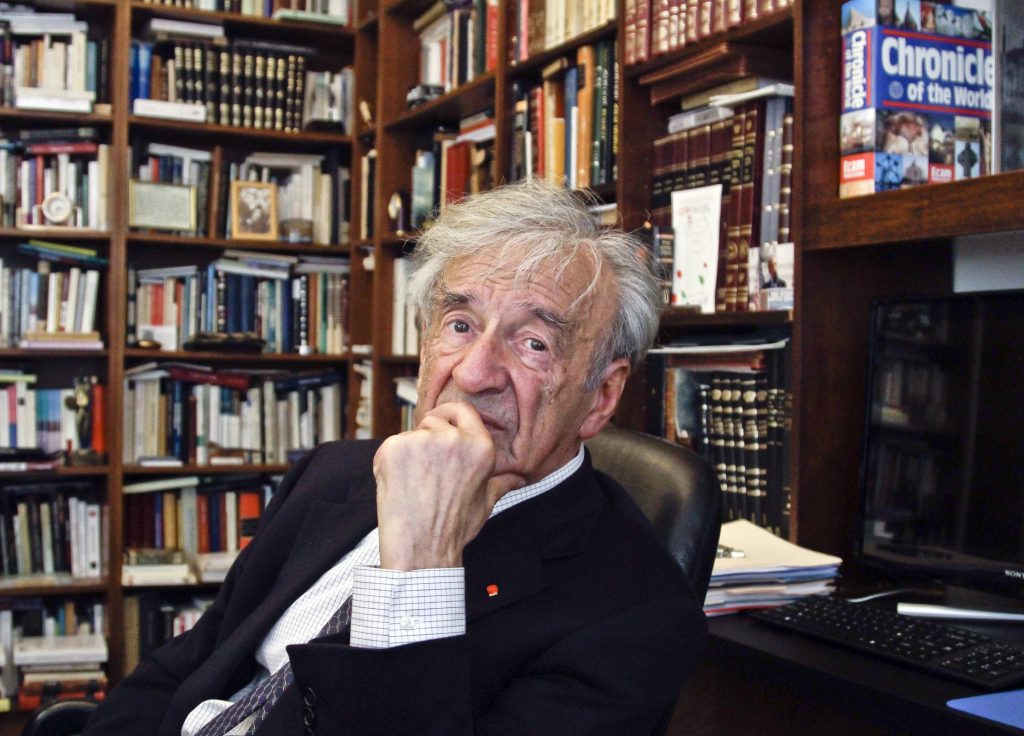 Hundreds of people have marched in memory of the late Elie Wiesel in a northern Romanian town where thousands of Jews were deported to Nazi death camps.

Romanians, Jews and some mainly young Hungarians who had traveled from neighboring Hungary took part in the Sunday evening procession in Sighetu Marmatiei, the hometown of Wiesel, a Holocaust survivor and Nobel prize winner. They also marched against anti-Semitism.

The procession started at the Wiesel family home, went past the site of the former synagogue and ended at the local railway station where Jews were deported to Nazi concentration camps.

Some people dressed in national costume while others held banners or wore shirts saying “Anti-Semitism led to Auschwitz.” A Jewish choir sung in front of the Holocaust memorial.

Speaking earlier, Yair Lapid, who is chairman of the Israeli Yesh Atid party, said: “Anti-Semitism hasn’t disappeared. It exists in Gaza, in the West Bank, in Tehran, in Lebanon, in Syria.”

“Recently it began to flourish again in Europe and in the U.S. it exists on the far left and on the far right.”

Along with 14,000 Jews, Wiesel and his family were deported in May 1944 to Auschwitz from the town, also known as Sighet. His mother and younger sister died there while his two older sisters survived.

Wiesel, who was deported when he was 15, became a novelist and political activist. He died in July 2016.