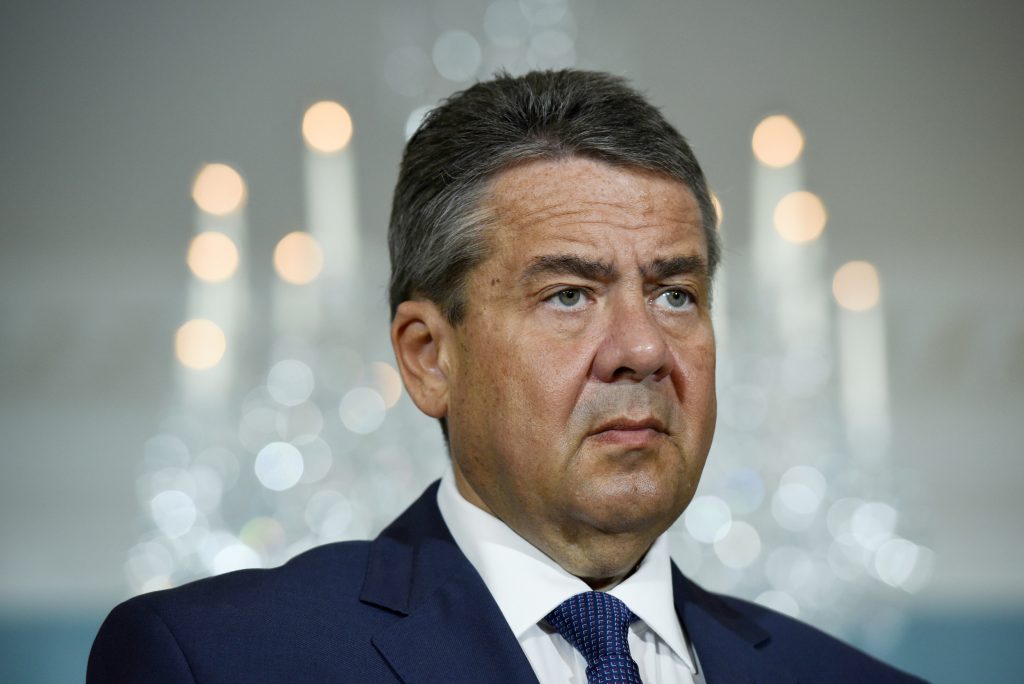 Germany has put all major arms exports to Turkey on hold due to the deteriorating human rights situation in the country and increasingly strained ties to its NATO ally, German Foreign Minister Sigmar Gabriel said on Monday.

The comments came after a Foreign Ministry spokesman in Berlin said another German couple was believed to have been detained in Turkey on political charges.

“We have put on hold all big requests (for arms exports) that Turkey has sent to us, and these are really not a few,” Gabriel said during a panel discussion organized by German business daily Handelsblatt.

Gabriel, senior member of the center-left Social Democrats (SPD) who are junior partners in Chancellor Angela Merkel’s ruling coalition, pointed out that Berlin was obliged to send arms to a NATO ally, if requested.

But he said this was currently not possible so that nearly all arms exports were put on ice.

Gabriel said there were only a few exemptions, such as if the government’s decision was tied to international agreements or if the requested exports were about vehicles, not weapons.

Relations between Ankara and Berlin have come under increased pressure after Turkish President Tayyip Erdogan started a crackdown on political opponents after a failed coup last year.

Turkey and Germany are also at odds over Berlin’s refusal to extradite asylum seekers Ankara accuses of involvement in the failed coup, while Berlin is demanding the release of roughly a dozen German or Turkish-German citizens who were detained by Turkish authorities on political charges in the past months.

The deterioration in relations has led Merkel to say during a debate ahead of a Sept. 24 federal election that she would seek to end Turkey’s membership talks with the European Union.