Business When Companies Scam Consumers, the FTC Steps in. And It Might Have Cash for You.
Business 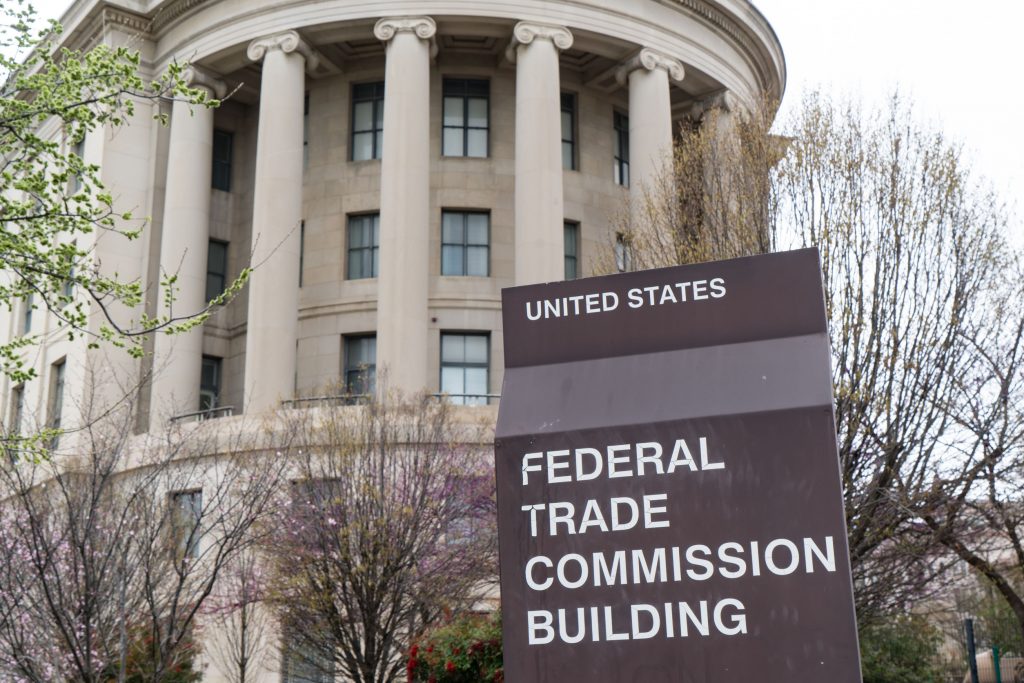 The woman plucked the check out of her trash at the last minute. She was skeptical. It seemed too good to be true, and she worried it was either junk mail or a scam. Just in case, she decided to call the toll-free number on the letter. And it’s a good thing she did. The check was genuine — a $5,000 refund sent to her by the Federal Trade Commission.

“We have active refund programs for over 50 different FTC cases right now,” said Nicole Vincent Fleming, program manager for the FTC’s Office of Claims and Refunds. “It’s likely at any given time that there are tens of millions of dollars available for tens of thousands of people.”

What are the refunds for? The Federal Trade Commission — often called the nation’s consumer watchdog — brings dozens of lawsuits a year against companies it believes have done consumers wrong. When the FTC wins or settles, the company often has to fork over millions of dollars worth of refunds to compensate people who were injured by its business practices.

So could you be owed money held by the commission? Maybe so. The FTC sends checks to all wronged consumers it knows of, but that leaves plenty of people the agency hasn’t been able to find.

Did you pay for an extended auto warranty after receiving a robo-call from My Car Solutions? The FTC says the company implied that it was affiliated with people’s car dealers or manufacturers when, in reality, it had no connection with them. Instead of an extended warranty, people who paid received . . . nothing. After getting enough complaints to know something was up, the FTC swooped in, shut down parent company Dolce Group Worldwide, and obtained more than $4 million for consumers. Refunds average $600. They’re prorated, depending how much people paid. “There are maybe 1,500 people still owed money,” Fleming said. “We just reissued checks in this case, so people should be on the lookout.”

1. If the company in question maintains a list of customers, the FTC sends refund checks to those customers’ last known addresses.

2. If those addresses are no good, the FTC conducts address traces and resends the checks.

3. If the agency doesn’t know who the customers are, it advertises and lets the media know, to get the word out.

4. The FTC also looks for consumers who have filed a complaint about the company with government agencies or the Better Business Bureau.

The FTC only had to go through one or two of those steps to find Peter Marchese of Deer Park, N.Y., and send him a $90 check. Marchese had viewed his credit score online, not noticing the fine print that said he was agreeing to be charged for a monthly credit report from then until eternity. The FTC went after the company for misleading business practices, and Marchese got all of his money back.

“I have confidence in the government,” Marchese said. “I wrote the FTC a letter thanking them for going to bat for the working people. They deserve credit.”

But the FTC doesn’t always find everyone. Did you buy into Herbalife, the multilevel marketing company that sold weight loss and other supplements? The FTC is still trying to find a quarter of the consumers owed Herbalife refunds. “Herbalife led people to believe they could earn substantial money, but most people lost money,” Fleming explained. “The company’s payment structure was unfair because it rewarded distributors for recruiting others to join, rather than selling the product to end users.” Herbalife ponied up $400 million to repay consumers. Individual refunds are as large as $9,000.

You can be proactive, rather than waiting for the FTC to contact you. At ftc.gov/refunds, the agency lists every open case it has and what you need to do to claim the money. Typically, the agency does not even ask for proof of purchase, because it can take years for these cases to wind through the courts, and the FTC recognizes that people may not have that documentation anymore. Instead, the FTC often asks how much you paid or where you bought the product, because it knows the correct answers to those questions. You will also be asked to sign a statement swearing you are telling the truth.

Usually the agency itself manages a refund program, but in some cases, companies dole out their own refunds. Those cases are listed on the FTC site as well. For example, Amazon is returning $70 million to customers whose children made in-app purchases while playing games on the site. The games were free, but kids could buy things such as virtual “pet food” or “gold stars” for real money. The FTC maintains that Amazon should have required a password and other safeguards. (The Washington Post is owned by Amazon founder Jeff Bezos.) Amazon is emailing its own customers and offering them full refunds.

Volkswagen is also handling its own refund program after getting caught fudging its diesel vehicles’ emissions. That settlement is worth $11 billion, and Volkswagen is actually buying back people’s cars. Note that there are separate listings on the FTC refunds website for 2.0 and 3.0 liter Volkswagens. Plug in your VIN number and you’ll know in seconds exactly how much money the company is offering you. “The low end of the buyback amount is $12,500, and the high end is $44,000,” Fleming said. “It’s a massive settlement.”

There are 53 refund cases listed on the FTC refunds page as I write this, and more are added all the time. For instance, soon the Federal Trade Commission will begin repaying consumers who fell for scams and sent their money via Western Union.

There is an urgency to all of this. The refunds don’t sit there forever. The FTC spends one to five years trying to find people. After that, if there’s still money left, the agency has to turn it over to the Treasury Department, where it disappears into the general fund to be used for government services. So check now — and check back often.

– Leamy is a 25-year consumer advocate.