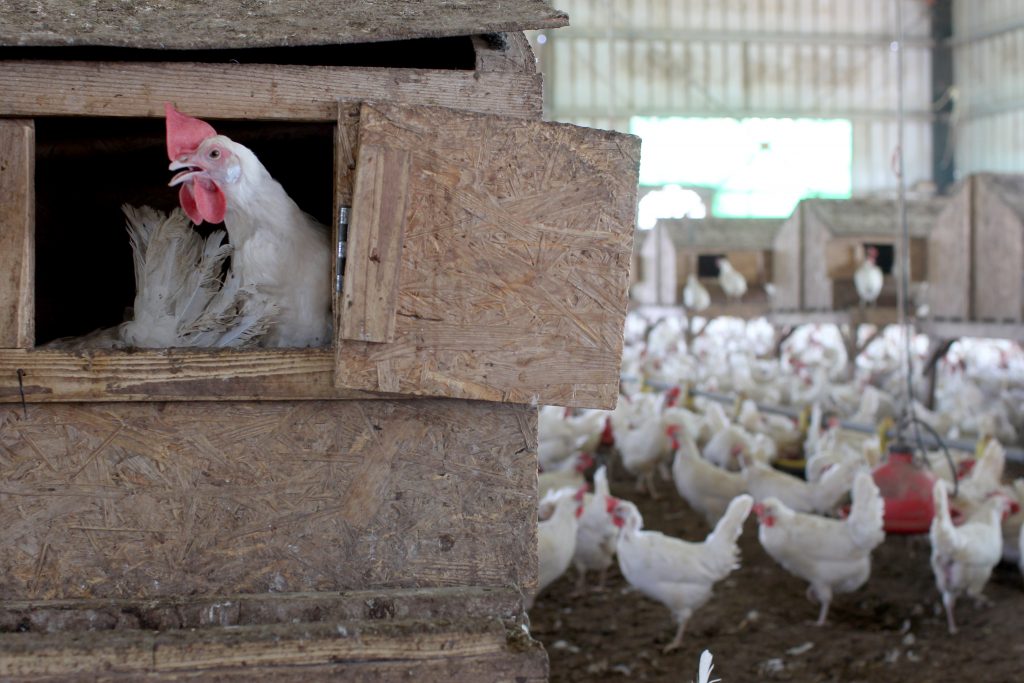 Israelis planning to serve chicken and other fowl for their Yom Tov tables are advised to purchase them sooner rather than later. The head of production in the Off Tov chicken processing and packing company, one of Israel’s largest producer of chicken products, said that Israeli stores are likely to be short as much as 1,000 tons of chicken in the days before Rosh Hashanah. Speaking to Ma’ariv, Off Tov’s Elchanan Lotem said that he made the prediction based on supplies and market conditions that his and other companies face.

One of the main reasons for the shortage is the current preference of Israeli consumers for fresh chicken over frozen. Until about five years ago, as much as half of the chicken purchased in shops and supermarkets were frozen; today that figure is down to 10 percent.

The preference for fresh chicken over frozen means a much smaller window for shechitah, processing and delivery of chickens to retail outlets – as opposed to frozen products, which can be kept on ice for as much as half a year, with extra supplies released as needed.

As a result, chicken shortages in Israeli markets have become commonplace at certain times of the year – especially around Muslim holidays. Most of the workers in processing plants (other than shochtim) are Arabs, and processing plants essentially shut down when the processing staff takes off. As chicken usually shows up in supermarket refrigerators within two or three days of slaughter, shortages can develop when Muslims take off four or five days for their festivals.

The last major shortage took place just last weekend; most Israeli supermarkets sold out on fresh chicken early in the week, and many consumers were stuck figuring out alternative Shabbos menus because they couldn’t get hold of a chicken. Determined to avoid a repeat before Rosh Hashanah, processing plants have increased – in some cases by 50 percent – their production capacity, which on an average day allows them to produce about a million chickens. Still, said Lotem, it’s unlikely to be enough – and smart consumers will stock up sooner rather than later if they don’t want to be disappointed.