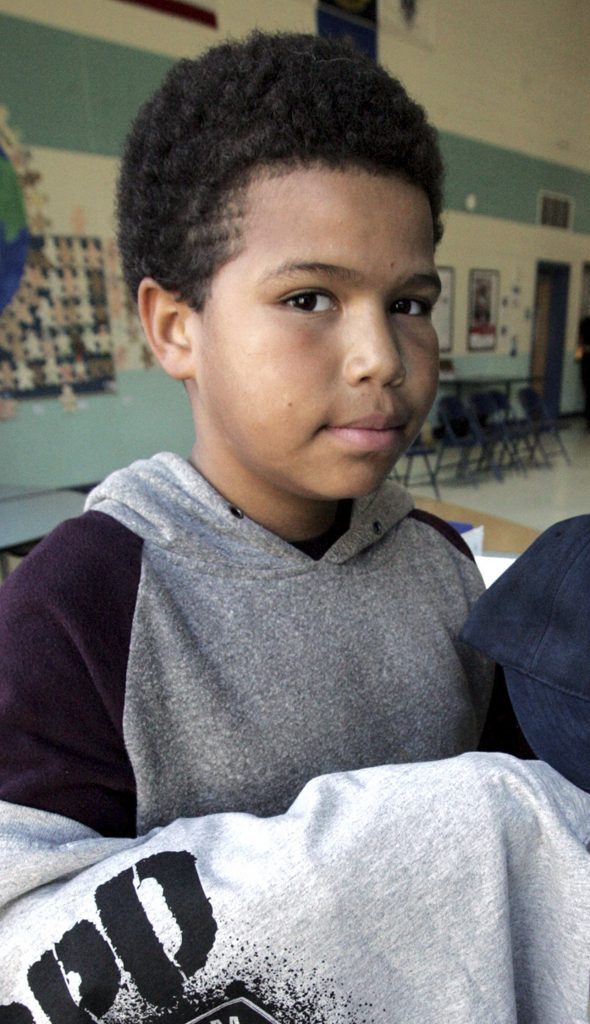 A 10-year-old boy was posthumously honored Monday with a civilian bravery award named for Madeline Amy Sweeney, a flight attendant on a hijacked jetliner that was flown into the World Trade Center on Sept. 11, 2001.

Jaydon Dancy was struck and killed by a commuter train in June, less than a year after his brave efforts to rescue a stricken kayaker from the waters off Salem.

Jaydon’s mother, Michelle, accepted the annual award Monday during ceremonies at the Massachusetts Statehouse marking the 16th anniversary of the terrorist attacks.

Sweeney, of Acton, was a flight attendant aboard American Airlines Flight 11 and was credited with quietly providing authorities on the ground with key details about the unfolding terror attack.

The award was created by the state Legislature in 2002 and is presented to an individual who displays “exceptional bravery, without regard for their own personal safety,” according to its description.

On Aug. 19, 2016, Jaydon was playing on the waterfront at Palmer Cove when he saw a kayaker fall into the water about 30 feet (10 meters) from shore. Along with an older woman, Jaydon jumped into the water to grab and pull the unconscious man to shore. Emergency medical personnel were unable to revive the man, whose death resulted from a medical condition.

“He was very modest about his courageous act,” Michelle Dancy said at Monday’s ceremony. “Jaydon was a compassionate, peace-loving boy.”

The boy was recognized by Salem police and firefighters in front of his entire school. In March, the American Red Cross honored him in their category of Selfless Acts by Youth Heroes.

On June 9, Jaydon was crossing railroad tracks to try to retrieve his bicycle when he was struck by the train.

Sweeney’s family attended the ceremony, which followed a flag-raising ceremony and somber reading of the names of the 206 people with Massachusetts ties who died in the Sept. 11 attacks.

A moment of silence was also observed at Boston’s Logan International Airport, where American Airlines Flight 11 and United Airlines Flight 175 took off before being hijacked and flown into the twin towers.

“(Sweeney) conveyed critical information about the five hijackers to the ground crew, including physical descriptions, seating assignments and their actions aboard as the plane approached New York,” said Republican Lt. Gov. Karyn Polito.

Sweeney’s sister-in-law, Jacqui Sweeney, said the plane’s entire flight crew acted as a team, “looking after each other and caring for their passengers.”

In recent years, several families affected by the 2013 Boston Marathon bombings have also attended the 9/11 anniversary remembrance. Previous recipients of the award include Carlos Arredondo, who rushed to help save the life of Jeff Bauman, a young man who lost both legs to one of the bombs.