Business In a World of Supposed Bubbles, Here’s What Investors Fear Most
Business 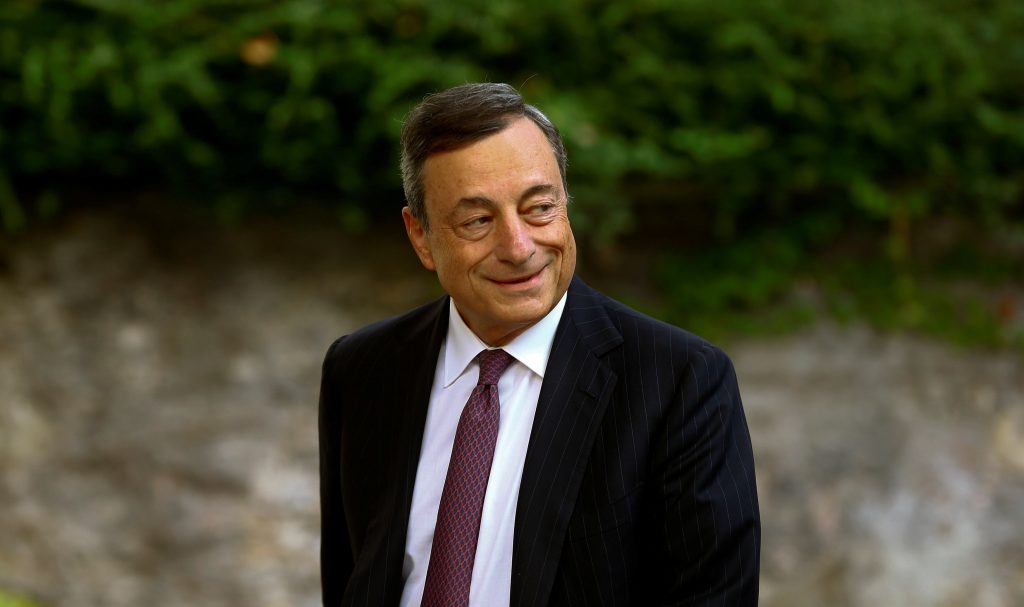 Euro high-yield debt is trading in line with U.S. Treasuries for the first time ever. Tajikistan is selling Eurobonds as yields on the junkiest emerging markets drop below 6 percent. An exchange-traded fund for betting on low volatility has more than doubled in size this year.

And let’s not get started on the bitcoin rally.

Asset prices are getting “more bubbly” than in past periods of effervescence, analysts at Bank of America Merrill Lynch warn. The fault, they say, lies with central banks, which have plied markets with almost $14 trillion of stimulus and pushed investors further out the risk spectrum to generate returns. Fed staff in August said asset prices have increased from “notable to elevated.”

European Central Bank President Mario Draghi attempted to alleviate concerns on Thursday, telling journalists that there is “no systemic danger” from bubbles.

With so many bubble-like scenarios to analyze, we asked multi-asset fund managers to tell us which ones they dislike the most.

Schroder Investment Management’s Remi Olu-Pitan agrees with Greenspan’s comments last month that there’s a bubble growing across fixed-income markets. The most dangerous spot, she says, is high-grade credit because that’s where funds turn to for returns when they can’t make them in sovereign debt.

“The average U.S. pension plan is still trying to generate a return of 7.5 percent,” Olu-Pitan said. “They can’t put everything in equities to generate that return, so there’s a wall of money going into debt to get that extra yield. If that starts to unravel, everything unravels and there’s nowhere to hide.”

The fact that junk-rated bonds no longer reward investors for all the risk they take on, puts them in clear bubble territory for Ben Kumar, a money manager at Seven Investment in London. He points to European companies, where yields are trading near record lows.

Kumar isn’t alone. Money managers overseeing about $1.1 trillion, have said in the recent past that they are cutting exposure to the asset class. High-yield bonds typically respond more violently than other assets to market shocks because investors tend to cut the riskiest bets first.

“There’s a chance that a bubble in European high yield could burst quite quickly and a lot of people could panic,” said Kumar, who helps oversee 10 billion pounds ($13 billion). “That’s where you’ve got low liquidity, low visibility and greater investor propensity to panic.”

Christian Hille, Deutsche Asset Management’s global head of multi-asset, doesn’t think that fixed income is in a bubble zone. But if risk appetite continues to grow at the current pace, a bubble could easily form in the leveraged-credit space as investors are “forced to go down the risk ladder.”

“We’ve been in one of the longest expansionary periods in postwar history,” Hille said. “That, combined with asset-price inflation, poses a potential risk. It doesn’t mean that we are seeing that risk now, but there’s a potential black swan there.”

Mario Draghi said on Thursday that the ECB doesn’t see any signs of an increase in leverage, the “component of a bubble” that accompanied the period prior to the global financial crisis.

Like many investors before him, Legal & General Investment Management’s John Roe sees China as the biggest threat. Concerns about the country’s debt pile have ebbed and flowed in the past few years as investors try to grasp how much control the country’s leadership has on capital flows.

Stabilizing economic growth this year has helped allay most, but not all, concerns. Kevin Smith, the Denver-based founder of Crescat Capital, said last month the yuan could sink 70 percent over the next 12 months as the credit bubble bursts.

“That’s the one as a team that we talk about the most,” said Roe, head of multi-asset funds at Legal & General in London. “If the outflows from China run up again, it becomes a real concern.”

This year’s quadrupling in the cryptocurrency has raised eyebrows across the financial sector, on several accounts.

“The biggest threat to bitcoin is a regulatory clampdown, because it’s so obviously used for the funding of illegal transactions,” Legal & General’s Roe said. “It’s almost impossible to quantify the risk of whether or not major governments would regulate.”

A Chinese ruling to ban initial coin offerings, a popular means of fundraising for startups, briefly took the edge off the rally, clipping it 11 percent on Sept. 4. Mark Mobius, executive chairman at Templeton Emerging Markets Group, said in a recent interview that cryptocurrencies are getting “out of control and it’s going to attract the attention of governments around the world.”

Andrew Cole, a senior money manager with Pictet Asset Management, is in a different camp.

While bond yields in Europe “almost ensure that any investor is going to get poorer in real terms,” that doesn’t mean yields are set to rise, “because there’s increased regulatory framework that forces investors to buy them,” Cole said. As for equity valuations, he thinks economic growth is broad-based enough to justify them.

“I don’t see much evidence of mania or that a bubble has developed,” he said. “The average investor still remains risk-averse. The global financial crisis still hangs on people’s memories.”