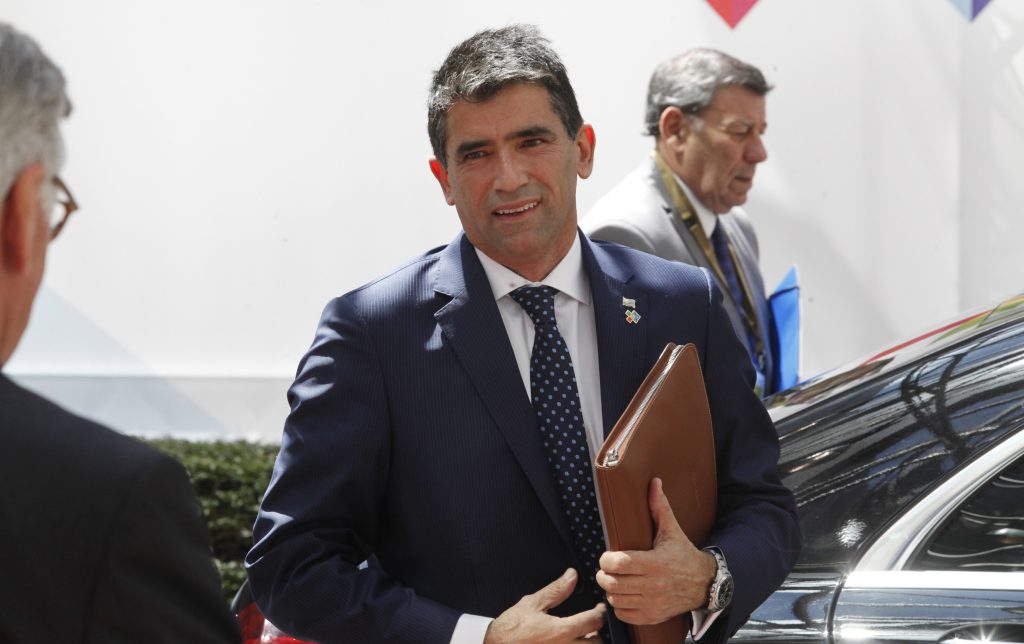 He first made the announcement at a special meeting of the Frente Amplio (FA) governing party.

“I presented to the plenary of the FA my irreversible resignation from the vice presidency. I also told President Tabare Vazquez,” Sendic wrote in a tweet.

The party’s ethics committee has ruled that Sendic used his Ancap credit cards to buy personal items including books and furniture. He headed the oil company from 2008 to 2009 and 2010 to 2013.

It was the first time a Uruguayan vice president has quit the job, but the scandal should have little effect on policy.

For years Uruguay has mixed progressive social policy, such as legalizing marijuana, with market-friendly regulations that have allowed the country to become known as the “Switzerland of the South,” thanks to the low taxes it puts on financial assets.

Uruguay’s constitution says Sendic should be replaced by the senator who received the most votes in the last elections. But that person is former President Jose “Pepe” Mujica, who by law could not assume the responsibilities of president should something happen to Vasquez.

Next in line would be the Senator with the second biggest number of votes. That person is Mujica’s wife Lucia Topolansky.