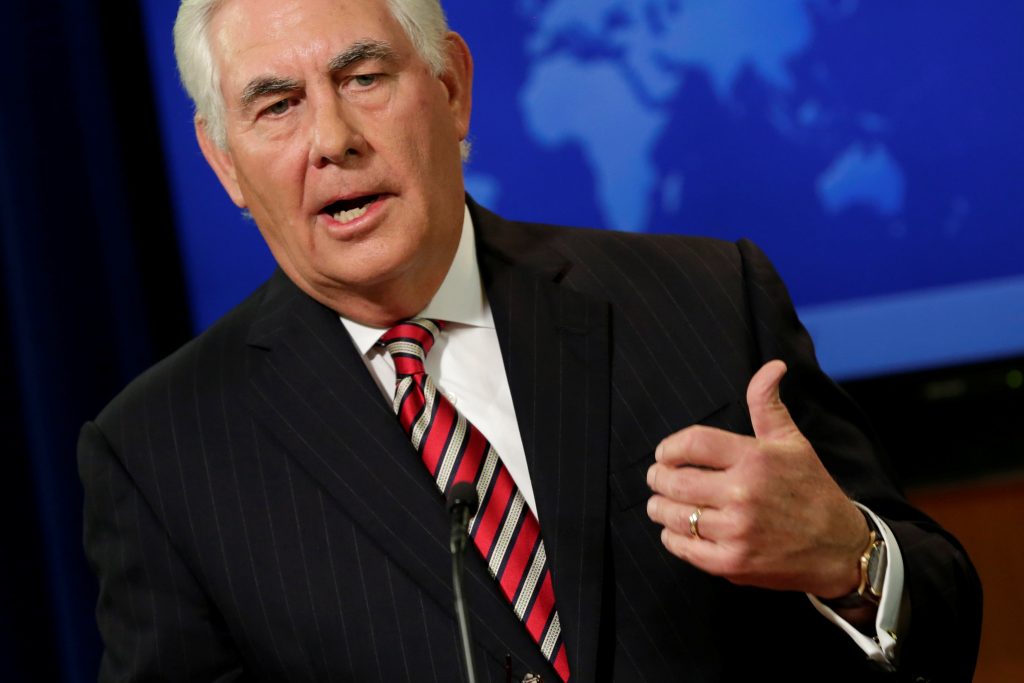 The U.S. State Department is seeking a return of $75 million in military aid to Israel that Congress had authorized over objections from the Obama administration in 2016, according to a report in the Washington Free Beacon.

The funds were approved after the U.S. and Israel signed a Memorandum of Understanding (MOU) with a clause barring Israel from requesting any further assistance from Congress. The added sum brought the total to approximately $38 billion.

But now, Secretary of State Rex Tillerson wants Israel to give back the money, as stipulated in the MOU, according to the Beacon, a conservative news site, quoting sources in the government.

If Tillerson does move ahead on this, he will likely face stiff opposition from Capitol Hill.

Sen. Tom Cotton (R.-Ark.) is said to have “strongly warned the State Department” earlier this week “that such action would be unwise and invite unwanted conflict with Israel,” according to a congressional aide.

Congressional leaders believe that the restriction on additional funding requests imposed by the Obama administration infringes on their constitutional right to decide where U.S. aid money goes.

“This is a transparent attempt by career staffers in the State Department to [interfere] with the Israelis and derail the efforts of Congressional Republicans and President Trump to rebuild the U.S.-Israel relationship,” one veteran congressional advisor who works extensively on Israel was quoted as saying.

“There’s no reason to push for the Israelis to return the money, unless you’re trying to drive a wedge between Israel and Congress, which is exactly what this is. It won’t work,” he said.

However, a solution has been suggested which could satisfy both sides without a confrontation: trimming the $75 million from future appropriations for U.S.-Israel aid.

“It’s not clear to me why the Secretary of State wishes to at once usurp the powers of the Congress and the derail his boss’s rapprochement with the Israeli government,” another Washington insider said.

A State Department official, speaking on background, told the Free Beacon that the 2016 MOU “remains in place,” but would not comment on internal deliberations concerning it.