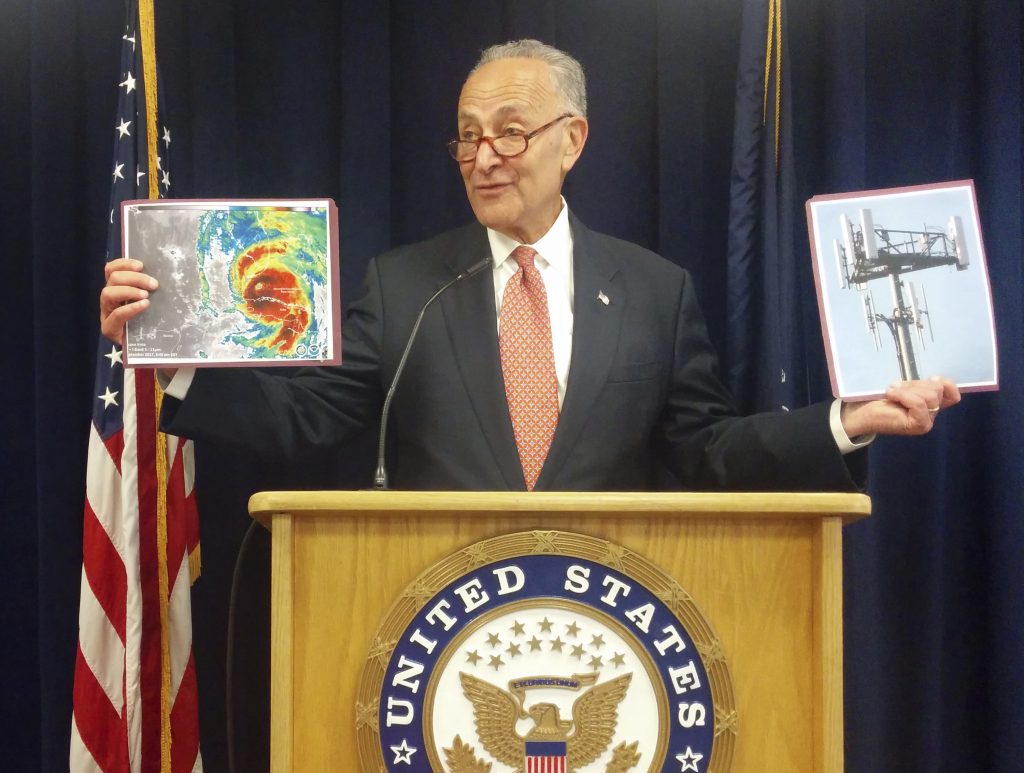 Sen. Charles Schumer says he will push for passage of a bill to require that cellphones work on other carriers’ networks during an emergency.

Schumer said on Sunday that the bill is especially timely as Hurricane Irma threatens to wreak havoc in Florida.

The Securing Access to Networks in Disasters Act, known as the SANDY Act, also would make 911 service more universally available during disasters. The House of Representatives passed the legislation in January.

Schumer, a New York Democrat, said he will work with colleagues including Democrat Maria Cantwell of Washington, the SANDY Act’s lead sponsor in the Senate, to ensure its passage there.