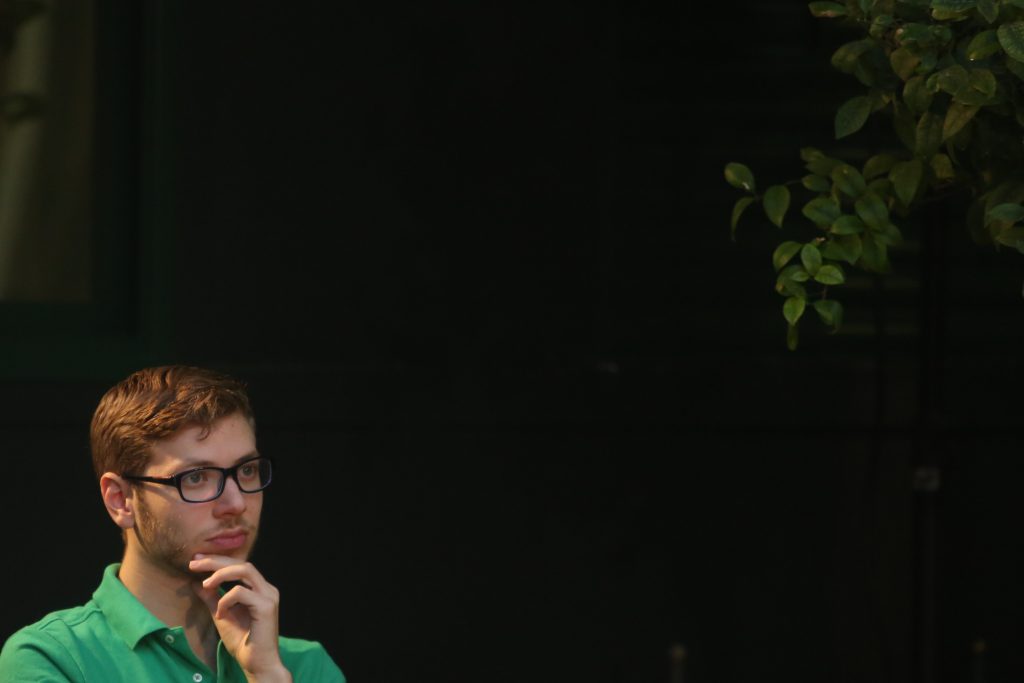 A social media post by Yair Netanyahu, the son of Prime Minister Binyamin Netanyahu, has set off a media storm in Israel and now in America, as the largest neo-Nazi website in the United States, the Daily Stormer, reposted the young Netanyahu’s post and praised it as “the type of thing that makes you remember how thankful you are for having been born,” as Netanyahu’s son’s post “blames the Jews for bringing down his Jew Father.”

The post had already been criticized for evoking anti-Semitic imagery when it was published Friday. In the post, titled “the Food Chain,” an individual in a black shawl with a “noticeably large” nose, said critics, is seen putting what appears to be a bag of food in front of the faces of Ehud Barak, Eldad Yaniv and Meni Naftali. The latter two have been active in protests against State Attorney Avichai Mandelblit, demanding that he act more aggressively against the Netanyahus (Prime Minister Binyamin and Mrs. Sarah) in the corruption investigations against them. Naftali has been blamed by the Netanyahus for the embezzlement of hundreds of thousands of shekels from the prime minister’s household that Mrs. Netanyahu is set to be indicted for.

Behind the black-shawled individual (possibly representing a High Court judge, observers said) is a lizard, who may represent the media – and orchestrating the whole thing is an unmistakable image of Hungarian Jewish billionaire George Soros, long accused in right-wing circles as being a “puppet master,” controlling politics in many countries from behind the scenes.

The post was shared by former Ku Klux Klan leader David Duke and other anti-Semites.

The post led to a war of words between Yair Netanyahu and Barak on social media, with the former prime minister calling young Netanyahu “crazy” and “in need of a psychiatrist. Is this what the boy hears in his home? Is this a genetic issue, or a mental illness?” Yair Netanyahu shot back, calling Barak “a constant drunk, who needs to retire to a geriatric facility.” Netanyahu had similar exchanges with other critics who slammed the imagery.

Labor Party’s chairman Avi Gabbay told Army Radio the post “crossed every line imaginable,” saying it was a “very sad” day for Israel when the prime minister’s son posts a cartoon that the leader of the Ku Klux Klan agrees with.