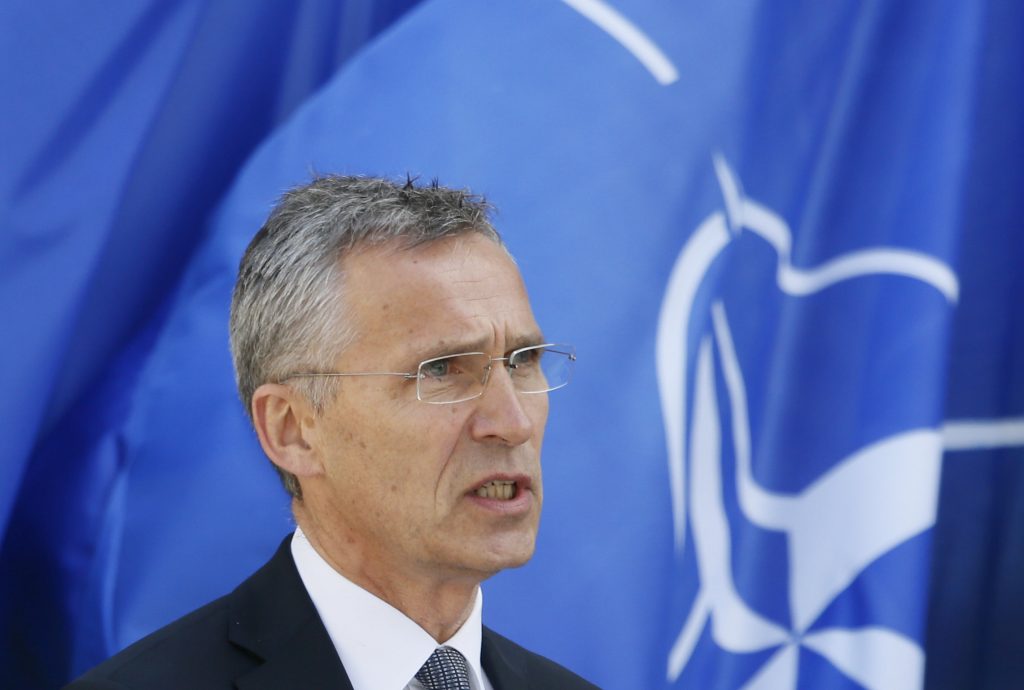 “The reckless behavior of North Korea is a global threat and requires a global response and that of course also includes NATO,” NATO head Jens Stoltenberg said in an interview with BBC.

Asked whether an attack on the U.S. Pacific territory of Guam would trigger NATO’s Article 5, which requires each member of the alliance to come to the defense of any other, Stoltenberg said: “I will not speculate about whether Article 5 will be applied in such a situation.”

“We are now totally focused on how we can contribute to a peaceful solution of the conflict,” he said.

“There is no easy way out of this difficult situation, but at the same time we have to … continue to work for a political solution, continue to press also the economic sanctions.”

The United States and its allies had been bracing for another long-range missile launch in time for the 69th anniversary of North Korea’s founding on Saturday, but no fresh provocations were spotted while the North held numerous events to mark the holiday.

Throughout last week, South Korean officials had warned that the North could launch another intercontinental ballistic missile in defiance of U.N. sanctions and amid escalating tensions with the United States.

British defense minister Michael Fallon also told the BBC he was very concerned about the situation.

“We are doing now what we can to bring about a diplomatic solution. What we have to avoid, at all costs, is this spilling over into any kind of military conflict,” he said.

“The U.S. is fully entitled to defend its own territory, to defend its bases and to look after its people but this involves us, London is closer to North Korea and its missiles than Los Angeles.”

Fallon said he did not believe North Korea currently had a missile capable of hitting London but said the missile program was accelerating and their range was getting “longer and longer”.

“We have to get this program halted because the dangers now of miscalculation, of some accident triggering a response, are extremely great,” he said.