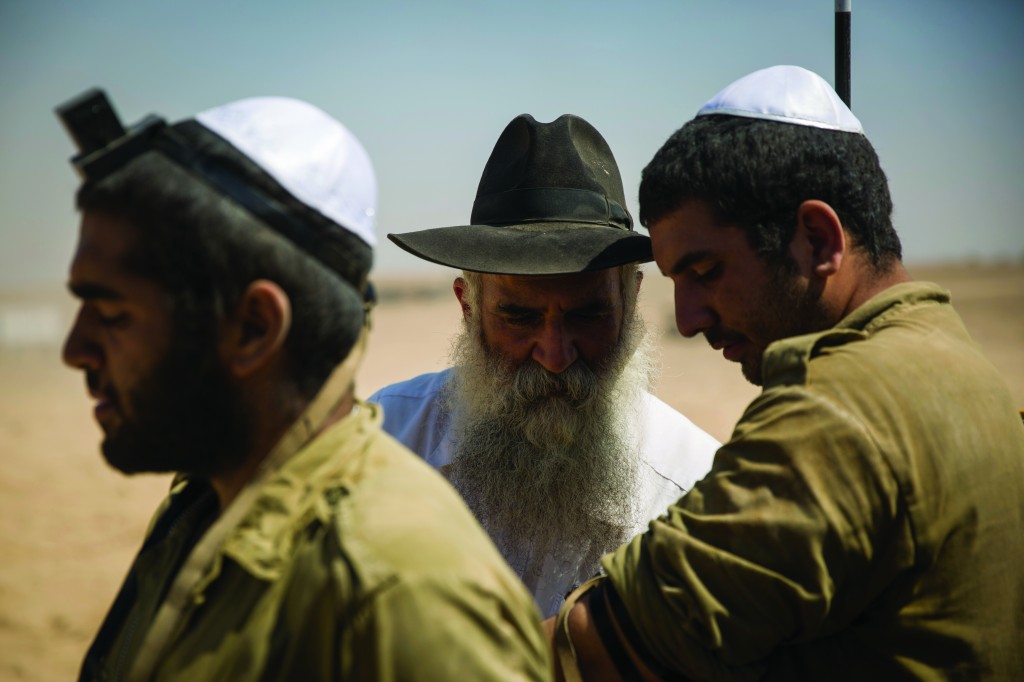 The Herzliya Municipality has canceled a fine it levied against a Chabad shaliach issued when two city officials “caught” him offering passersby the chance to put on tefillin. In a letter to MK Rabbi Michael Malchieli (Shas), Herzliya Mayor Moshe Fedlon said he had “nothing against” Chabad or chareidi Jews in general, and that the city “will work with Chabad to set up official sites throughout the city where they can offer to help people put on tefillin without interfering with the daily lives of residents.”

Chabad “tefillin stations” are a common sight in cities throughout Israel, but two city inspectors in Herzliya on Friday made it clear that the phenomenon was not welcome in their town. According to witnesses, the inspectors demanded from the Chabad Chassid who was manning the station that it be shut down. When he refused to leave, the inspectors issued a ticket with a fine of NIS 730 ($200) for “creating a public obstacle.” The ticket said that the Chabad Chassid “was bothering passersby by asking them to put on tefillin.”

The incident raised the hackles of many Israelis, and hundreds of offers to pay the fine poured in after the story was publicized. Politicians also voiced their indignation. MK Bezalel Smotrich said that such a fine “is unacceptable in a Jewish state. I will demand that the fine be canceled and the inspectors be informed of their error.”

In a statement, Tzeirei Agudas Chabad, which operates the tefillin stations, said that “it is difficult to believe that of all the places in the world where Chabad shluchim help Jews put on tefillin and get closer to their traditions, it would be the Jewish state that would seek to put a shaliach on trial for doing so. For 50 years we have been sponsoring these stations and they have become an inseparable part of the Israeli landscape. It is inconceivable that just weeks before Rosh Hashanah a fine would be issued for the ‘crime’ of offering to help Jews put on tefillin. We will continue our practice and continue acting as a bridge between the different parts of the nation.”