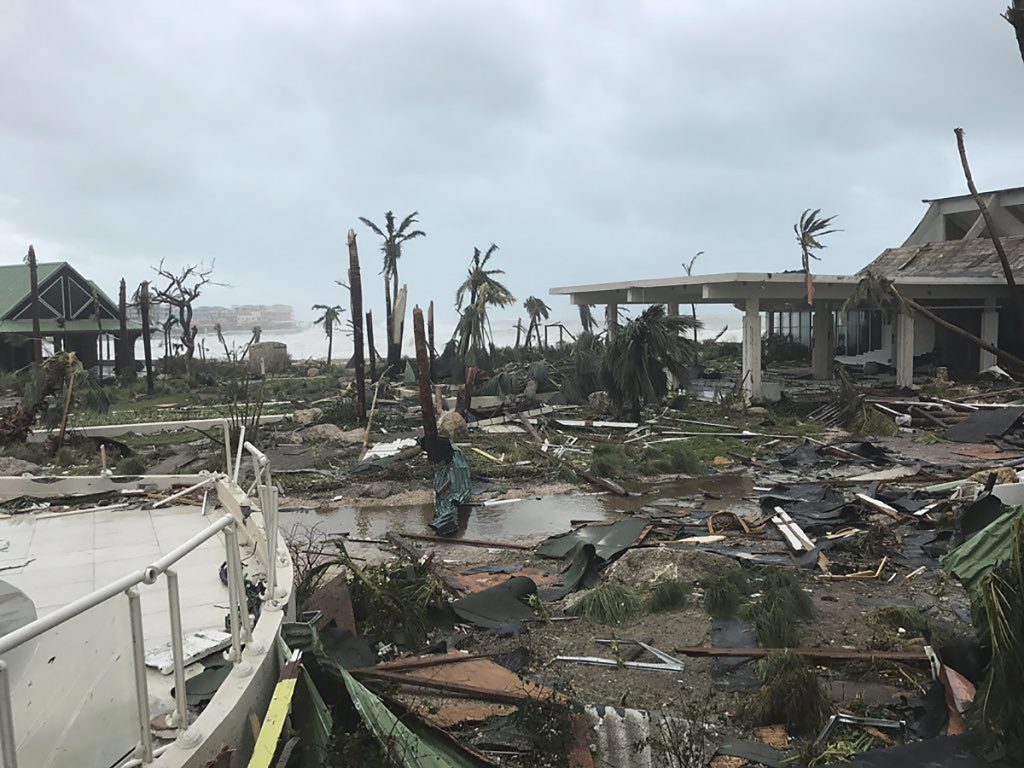 After initially remaining on the Caribbean Island of St. Martin and riding out the onset of Hurricane Irma in their Chabad House, the wife and children of the Chabad shliach Rabbi Moishe Chanowitz were evacuated Erev Shabbos in a multi-national rescue operation. In an act of mesirus nefesh, Rabbi Moishe Chanowitz himself stayed on to help others.

Chabad news sources report that Mrs. Sara Chanowitz and her 5 children were evacuated from the devastated island in a dramatic mission; a rescue operation with people from New York and Holland working on their rescue.

Hurricane Irma first hit the island early on Wednesday, and the family stayed it out on the island. However, as the winds picked up speed again on Friday, the family had difficulty finding a safe haven. The Chabad House that had sheltered them was a building under construction that sustained even more damage, in winds that reached 180 mph.

Rabbi Chanowitz contacted Chabad Headquarters in New York, requesting help in evacuating his family from the island, where, by that time, the sea and air routes were closed.

Arranging the rescue involved, among others, representatives from Chabad, and the Military Attaché in the Netherlands.

The family was finally rescued by a plane which arrived on the island to bring humanitarian aid to the area.

The pilot agreed to pick up the stranded family, and they were flown to a safe haven in the nearby Puerto Rico.

Later, a group of Jewish tourists including medical students from the U.S. and Canada were evacuated by U.S. government planes.

This story has been corrected from a previous version.