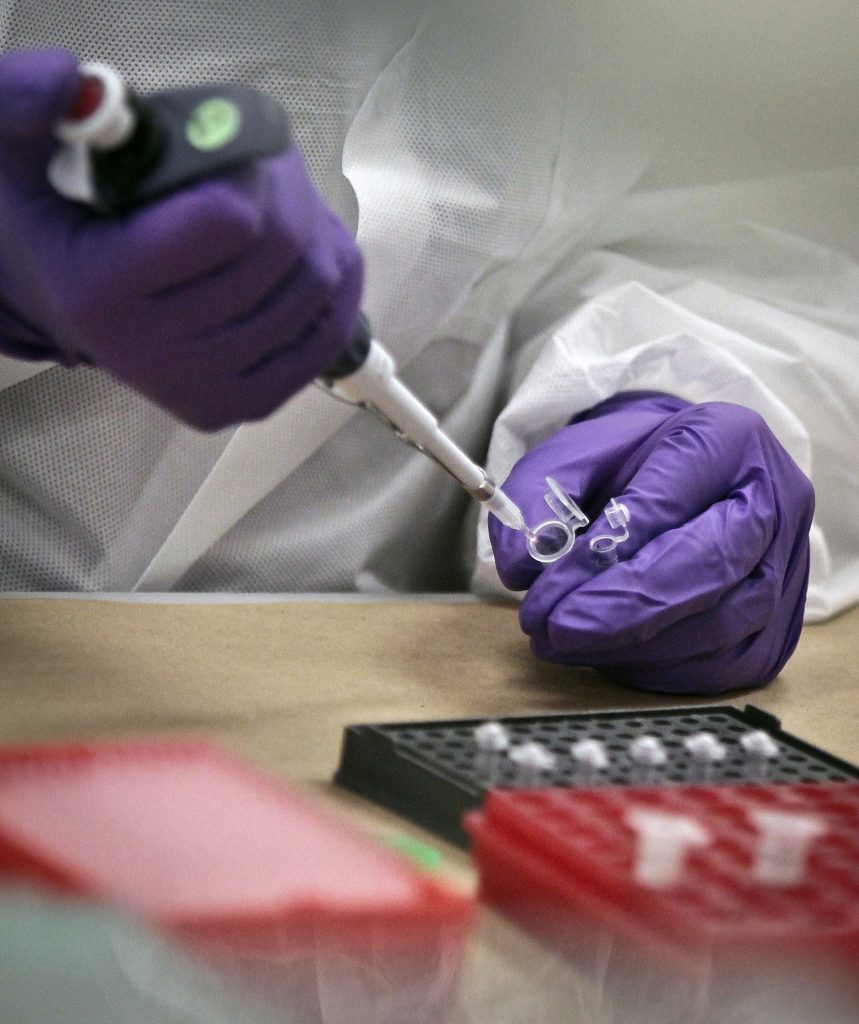 Two techniques for analyzing DNA evidence that were once considered cutting edge are now under fire amid questions about their reliability, and criminal defense attorneys in New York have asked a state agency to investigate the renowned lab that once used both methods.

The New York City medical examiner’s lab developed one of the techniques and became a leader in sophisticated DNA examinations partly because of its work identifying the remains of 9/11 victims.

Both techniques have been phased out in favor of new technology. But the lab says it has used its forensic statistical tool developed in-house in 1,350 cases over the past six years and used what’s called “low copy number analysis” in about 3,450 cases over the past 11 years. Once New York was the only lab in the country that used the latter method.

Attorneys for the Legal Aid Society and Federal Defenders of New York asked the New York State inspector general’s office to investigate in a Sept. 1 letter.

“And with FST, it’s a computer program. We don’t have access to the code — and we can’t tell if it’s accurate or not. We don’t know what’s in the black box,” she said.

The groups say the medical examiner’s office recognized there were problems and quietly corrected them without notifying anyone of potential wrong matches. The lawyers also say they believe the lab manipulated data while testing the low copy number technique, and made false statements on methodology to the Commission on Forensic Sciences, which oversees labs in the state.

“The consequences of dishonest work are severe, innocent people may be wrongly convicted, and people guilty of serious crimes may go free,” the attorneys wrote.

The letter was first reported by The New York Times and ProPublica.

Chief Medical Examiner Dr. Barbara Sampson wrote in a post published on Wednesday on the website Medium that the two methods were discarded to meet changing FBI requirements and to reflect new, better science, and were not phased out because of inaccurate results.

“Each technique has been intensively reviewed and approved for use in casework by the state-established oversight agency, including a panel of distinguished scientific experts, the DNA subcommittee of the New York State Commission on Forensic Science,” Dr. Sampson wrote.

The medical examiner’s office operates independently from prosecutors or defense attorneys and the forensic lab does work for both sides. The lab is the largest DNA crime lab in North America. It tests about 40,000 items a year in criminal cases including murder, assault and weapons possessions.

The forensic statistical tool, or FST, relies on computer software and calculates the likelihood that a suspect’s DNA is present in a mixture of substances found at a crime scene.

Many prosecutors and forensic experts hail the two techniques as powerful tools that can help close cases. But critics, including the FBI, argue they are inconclusive and unreliable. There is no clear case law on the merits of the science.

“If the experts in the DNA field cannot agree on the weight to be given to evidence produced by high sensitivity analysis, it would make no sense to throw such evidence before a lay jury,” he said.

Both methods were approved by the state’s Commission on Forensic Sciences and the DNA Subcommittee, made up of geneticists and scientists who review protocols. A spokesman for the commission said the agency has received the letter from the defense attorneys, but could not comment yet on whether an investigation would be launched.