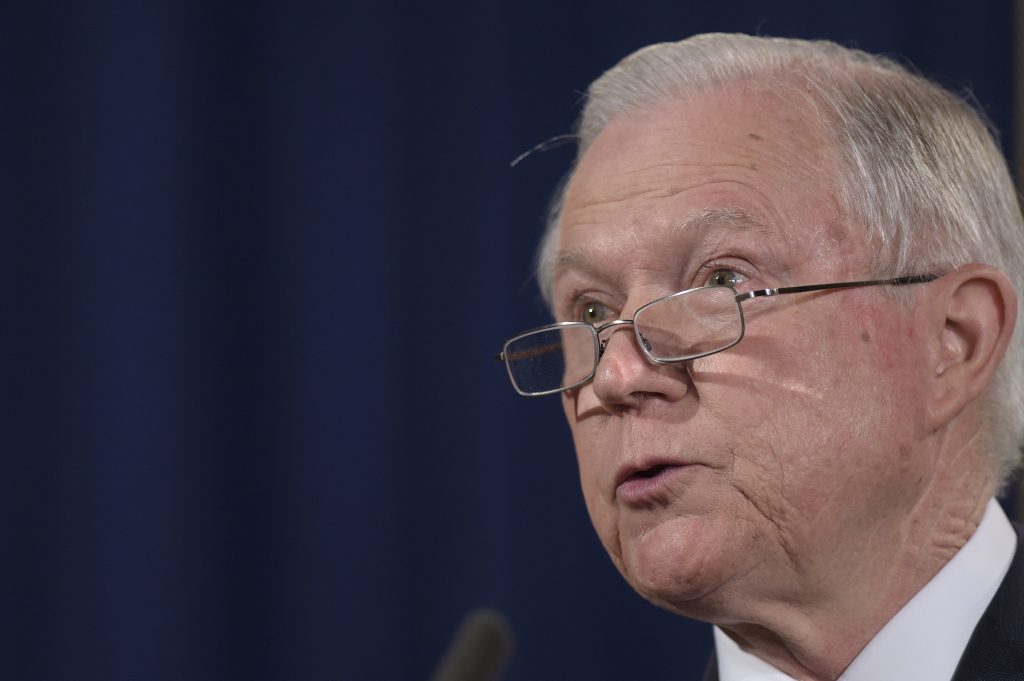 The Trump administration said Friday it won’t charge a key IRS figure in the mistreatment of conservative political groups during the 2010 and 2012 elections.

In a letter to members of Congress, the Justice Department said that “reopening the criminal investigation would not be appropriate based on the available evidence.”

Republican leaders on the House Ways and Means Committee had hoped the Justice Department would reopen its case against ex-IRS official Lois Lerner now that Republican Donald Trump is in the White House and Attorney General Jeff Sessions runs the department.

They were disappointed in the department’s response. “This is a terrible decision,” said Rep. Kevin Brady, R-Texas, the Ways and Means Committee chairman. “It sends the message that the same legal, ethical, and constitutional standards we all live by do not apply to Washington political appointees.”

Lerner headed the IRS division that processes applications for tax-exempt groups. An inspector general’s report in 2013 found that the IRS had singled out conservative and tea party groups for extra scrutiny when they applied for tax-exempt status. Many had their applications delayed for months and years. Some were asked improper questions about their donors and even their religious practices.

Brady said appointees “will now have the green light to target Americans for their political beliefs and mislead investigators without ever being held accountable for their lawlessness.”

Much of the agency’s leadership, including Lerner, resigned or retired over the scandal.

Lerner and her attorney have long maintained she did nothing wrong. “The real scandal here is that people who knew better kept saying Ms. Lerner did something wrong. She did not,” Lerner’s lawyer, William W. Taylor, said in an email. “Today’s announcement does no more than reaffirm that truth.”

In 2014, the Ways and Means Committee voted to refer Lerner to the Justice Department for possible criminal prosecution. Republicans on the committee said she may have violated the constitutional rights of conservative groups, misled investigators and risked exposing confidential taxpayer information.

Under President Barack Obama, the Justice Department announced in 2015 that no one at the IRS would be prosecuted in the scandal, saying investigators had “found no evidence that any IRS official acted based on political, discriminatory, corrupt or other inappropriate motives that would support a criminal prosecution.”

Earlier this year, Brady asked the department to reopen the case.

“I have the utmost respect for Attorney General Sessions, but I’m troubled by his department’s lack of action to fully respond to our request and deliver accountability,” Brady said.