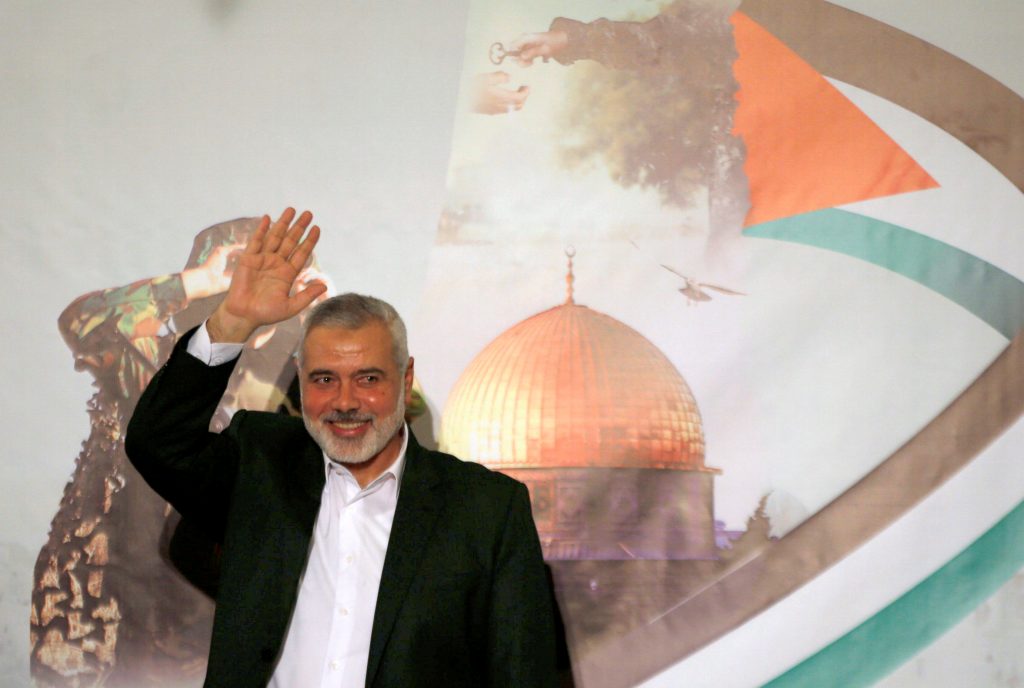 The new chief of the Hamas terror group, Ismail Haniyeh, arrived in Cairo on Saturday to hold talks with senior Egyptian officials about the blockade of Gaza on his first such visit as leader, a Hamas spokesman said.

In the past few months Hamas has sought to mend relations with Egypt, which controls their one international border crossing from the Gaza Strip. Egyptian President Abdel Fattah al-Sisi has been wary of ties between Hamas and the Muslim Brotherhood, ousted from power by Sisi after mass protests.

Hamas controls the Gaza Strip, the coastal territory that shares borders with Egypt and Israel, against who it has fought three wars since 2008.

For much of the last decade, Egypt has joined Israel in enforcing a partial land, sea and air blockade of Gaza.

An Egyptian source confirmed Haniyeh’s arrival with a delegation for talks on the border crossing, security and power supplies.

Haniyeh was elected Hamas leader in May. The group maintains a sizable armed wing in Gaza since seizing the enclave from Fatah in 2007.

Hoping to pressure Hamas to relinquish control of Gaza, Abbas has cut payments to Israel for the electricity it supplies to Gaza. This means that electricity has often been provided for less than four hours a day, and never more than six.

Abbas has vowed to keep up sanctions against Gaza, saying measures are aimed against Hamas and not ordinary people. In turn, Hamas is trying to make a crack in the wall of sanctions by improving its relations with Egypt and other Arab countries.

Israel, which signed a 1979 peace treaty with Egypt and coordinates closely with it on security, is maintaining a close watch on discussions between Egypt and Hamas. Like the United States and the European Union, it regards Hamas as a terrorist group.