National ‘This is Your Last Chance’: Irma Puts a Bull’s-Eye on Tampa
National 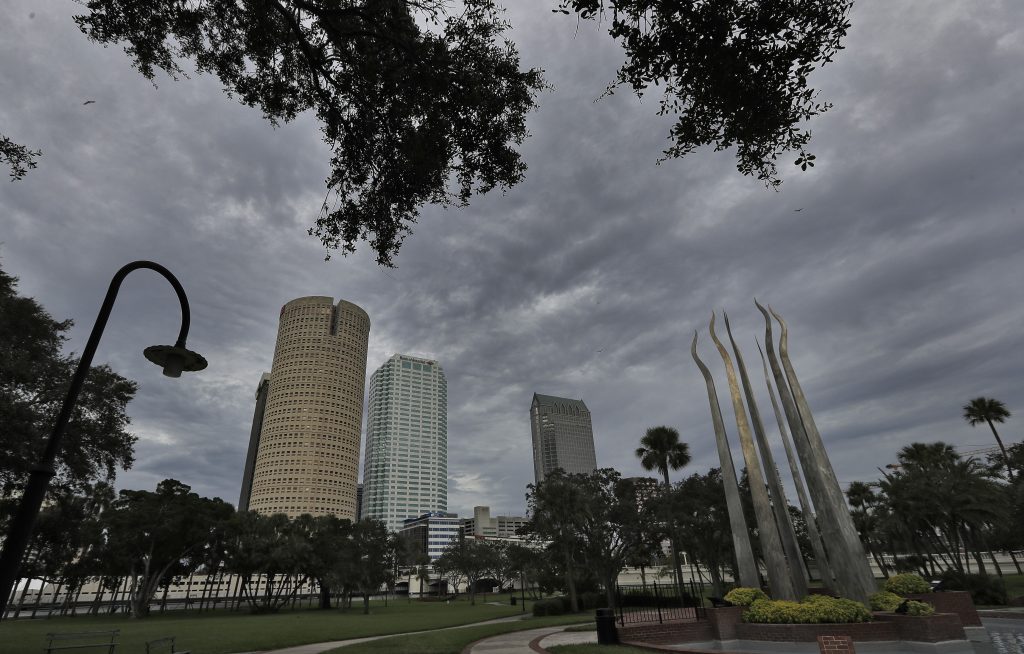 Hurricane Irma’s leading edge bent palm trees and spit rain as the storm swirled toward Florida with 120 mph winds Saturday on a projected new track that could expose Tampa — not Miami — to a direct hit.

Tampa has not taken a head-on blow from a major hurricane in nearly a century.

An estimated 70,000 Floridians huddled in shelters as Irma closed in on the Florida Keys, where it was expected to roll ashore Sunday morning and begin making its way up the state’s west coast.

“This is your last chance to make a good decision,” Gov. Rick Scott warned residents in Florida’s evacuation zones, which encompassed a staggering 6.4 million people, or more than 1 in 4 people in the state.

Earlier in the day, Irma executed a westward swing toward Florida’s Gulf coast that appeared to spare the Miami metropolitan area of the catastrophic direct hit that forecasters had been warning of for days.

Still, Miami was not out of danger. Because the storm is 350 to 400 miles wide, forecasters said the metro area of 6 million people could still get life-threatening hurricane winds and storm surge of 4 to 6 feet.

Irma — at one time the most powerful hurricane ever recorded in the open Atlantic — left more than 20 people dead across the Caribbean as it steamed toward the U.S.

It was chugging toward Florida as a Category 3, with winds down considerably from their peak of 185 mph (300 kph) earlier in the week. But it was expected to strengthen again before hitting the Sunshine State.

Meteorologists predicted Irma would plow into the Tampa Bay area by Monday morning. Tampa has not been struck by a major hurricane since 1921, when its population was about 10,000, National Hurricane Center spokesman Dennis Feltgen said. Now the area has around 3 million people.

The course change caught many people off guard and triggered a major round of evacuations in the Tampa area. Many businesses had yet to put plywood or hurricane shutters on their windows, and some locals grumbled about the forecast.

“For five days, we were told it was going to be on the east coast, and then 24 hours before it hits, we’re now told it’s coming up the west coast,” said Jeff Beerbohm, a 52-year-old entrepreneur in St. Petersburg. “As usual, the weatherman, I don’t know why they’re paid.”

Nearly the entire Florida coastline remained under hurricane watches and warnings, and leery residents watched a projected track that could still shift to spare, or savage, parts of the state.

Forecasters warned of storm surge as high as 15 feet.

“This is going to sneak up on people,” said Jamie Rhome, head of the hurricane center’s storm surge unit.

With the new forecast, Pinellas County, home to St. Petersburg, ordered 260,000 people to leave, while Georgia scaled back evacuation orders for some coastal residents. Motorists heading inland from the Tampa area were allowed to drive on the shoulders.

On Saturday morning, the state was already beginning to feel Irma’s effects. More than 75,000 people had lost power, mostly in and around Miami and Fort Lauderdale, as the wind began gusting. By Saturday night, winds near hurricane force were recorded in the Keys.

In Key West, 60-year-old Carol Walterson Stroud sought refuge in a senior center with her husband, granddaughter and dog. The streets were nearly empty, shops were boarded up and the wind started to blow.

At Germain Arena not far from Fort Myers, on Florida’s southwestern corner, thousands waited in a snaking line for hours to gain a spot in the hockey venue-turned-shelter.

“We’ll never get in,” Jamilla Bartley lamented as she stood in the parking lot.

Given its mammoth size and strength and its projected course, it could prove one of the most devastating hurricanes ever to hit Florida and inflict damage on a scale not seen here in 25 years.

Hurricane Andrew smashed into suburban Miami in 1992 with winds topping 165 mph (265 kph), damaging or blowing apart over 125,000 homes. The damage in Florida totaled $26 billion, and at least 40 people died.

Boat captain Ray Scarborough was 12 when Andrew hit and remembers lying on the floor in a hall as the storm nearly ripped the roof off his house. This time, he left his home in Big Pine Key and fled north for Orlando.

“They said this one is going to be bigger than Andrew. When they told me that,” he said, “that’s all I needed to hear.”