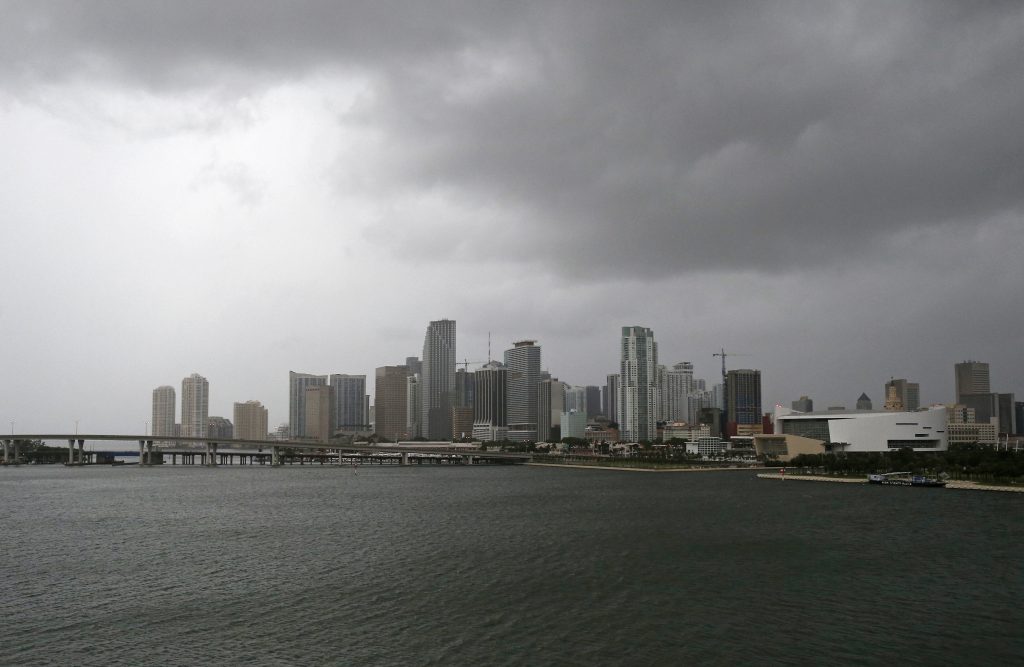 Hurricane Irma pounded Cuba’s northern coast on Saturday and barreled toward Florida’s Gulf Coast as authorities scrambled to complete an unprecedented evacuation of millions of residents hours before the storm lashes the state.

Irma, one of the fiercest Atlantic storms in a century, was expected to rip through the Florida Keys archipelago on Sunday morning. It will make landfall on the Florida peninsula somewhere west of Miami on a track that would take it up the state’s west coast, including Tampa, forecasters said.

Irma, which has killed at least 22 people in the Caribbean, was likely to inflict billions of dollars in damage in one of the most populous and fastest-growing states.

It could bring winds in excess of 100 miles per hour and a storm surge up to 15 feet high along the state’s west coast, which is expected to trigger flooding.

The hurricane could rival any storm in Florida’s history, with the storm surge generating flooding along the entire west coast, Governor Rick Scott said.

“Think about that, 15 feet is devastating and will cover your house,” he said at a Saturday morning news conference.

Irma, located 195 miles south of Miami on Saturday afternoon, still ranked as a Category 5 storm when it crashed into Cuba during the morning. It gradually weakened to a Category 3 storm as it bumped along the island’s northern coastline, downing power lines, bending palm trees and sending waves crashing over sea walls.

Maximum sustained winds dipped to around 125 miles per hour on Saturday, the U.S. National Hurricane Center (NHC) said. But Irma is expected to regain strength as it steams over warm waters south of Florida, according to the NHC. It was unclear if it would regain Category 4 or even Category 5 status, the highest ranking possible.

In Cuba, the destruction along the Caribbean country’s north central coast was similar to that seen on other Caribbean islands over the last week as Irma plowed into Ciego de Avila province around midnight.

It was the first time the eye of a Category 5 storm had made landfall since 1932, state media said, and the island’s Communist government ordered the evacuation of more than 1 million people, with most sheltering with family and friends.

Officials in Florida have ordered a total of 6.3 million people, or about a third of the state’s population, to evacuate, creating massive traffic jams on highways and bringing huge crowds to shelters set up around the state.

The outer band of Irma was already whipping south Florida with winds of more than 30 miles per hour on Saturday, and the governor said thousands of people in the state were without power.

About 9 million people in Florida may lose power, some for weeks, said Florida Power & Light Co, which serves almost half of the state’s 20.6 million residents.

The window for people in evacuation zones to flee was drawing to a close on Saturday morning, officials said, warning gas stations would soon be without fuel and bridges would be closed in some areas.

“You can’t play chicken with this thing or try to outrun the storm,” U.S. Senator Marco Rubio of Florida said at a news conference. “The last thing you want to be is out there, on the road, trying to get away from the storm, as this thing is zig-zagging around.”

Rubio acknowledged some people had fled their homes only to arrive in areas expected to be in the storm’s path, but he advised people in that situation to hunker down.

The United States has been hit by only three Category 5 storms since 1851, and Irma is far larger than the last one in 1992, Hurricane Andrew, according to the Federal Emergency Management Agency (FEMA).

Hurricane Irma could cause insured losses of between $15 billion and $50 billion in the United States, catastrophe modeling firm AIR Worldwide said on Saturday.

Irma was set to hit the United States two weeks after Hurricane Harvey, a Category 4 storm, struck Texas, killing about 60 people and causing property damage estimated at up to $180 billion in Texas and Louisiana. Officials were preparing a massive response, the head of FEMA said.

Amid the exodus, nearly one-third of all gas stations in Florida’s metropolitan areas were out of gasoline, with scattered outages in Georgia, North Carolina and South Carolina, according to Gasbuddy.com, a retail fuel price tracking service.

Mandatory evacuations on Georgia’s Atlantic coast and some of South Carolina’s barrier islands were due to begin on Saturday. Virginia and Alabama were under states of emergency.

The governors of North and South Carolina warned residents to remain on guard even as the storm took a more westward track, saying their states still could experience severe weather, including heavy rain and flash flooding, early next week.