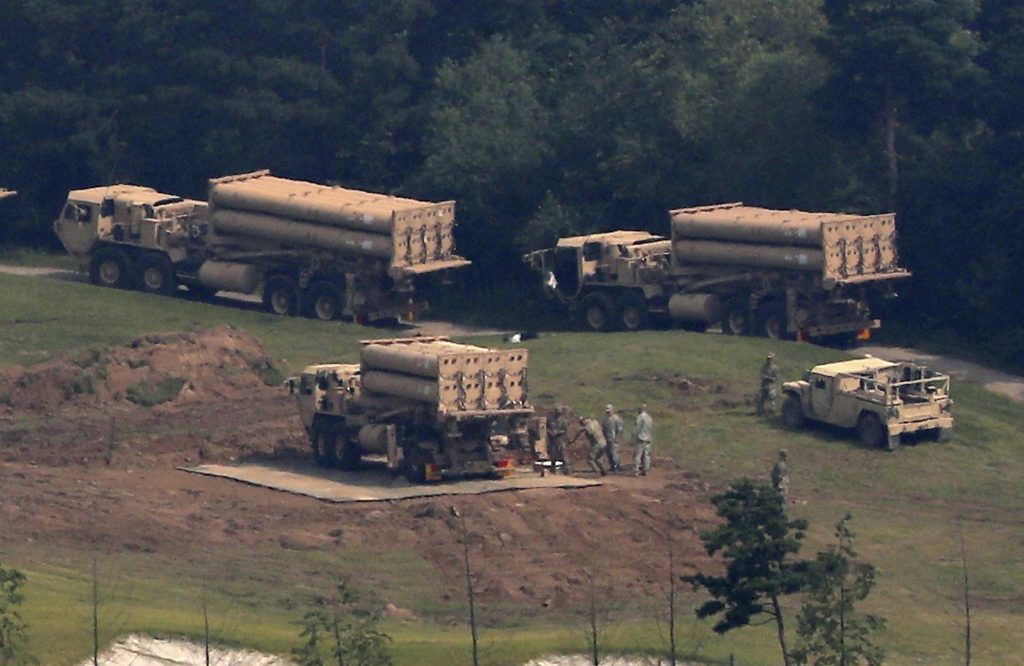 South Korea is closely watching North Korea over the possibility it may launch another intercontinental ballistic missile as soon as Saturday when it celebrates its founding anniversary.

Seoul’s Unification Ministry spokeswoman Eugene Lee said Friday that Pyongyang could potentially conduct its next ICBM tests this weekend or around Oct. 10, another North Korean holiday marking the founding of its ruling party.

North Korea has previously marked key dates with displays of military power, but now its tests appear to be driven by the need to improve missile capabilities.

The North is just coming off its sixth and the most powerful nuclear test to date on Sunday in what it claimed was a detonation of a thermonuclear weapon built for its ICBMs. The country tested its developmental Hwasong-14 ICBMs twice in July and analysts say the flight data from the launches indicate the missiles could cover a broad swath of the continental United States, including major cities such as Los Angeles and Chicago, when perfected.

North Korea fired the ICBMs at highly lofted angles in July to reduce ranges and avoid other countries. But South Korean officials say the next launches could be conducted at angles close to operational as the North would seek to test whether the warheads survive the harsh conditions of atmospheric re-entry and detonate properly.

In Washington, President Donald Trump reiterated Thursday that military action is “certainly” an option against North Korea, as his administration tentatively concurred with the pariah nation’s claim to have tested a hydrogen bomb. A senior administration official said the U.S. was still assessing last weekend’s underground explosion but so far noted nothing inconsistent with Pyongyang’s claim.

“Military action would certainly be an option,” President Trump told a White House news conference. “I would prefer not going the route of the military, but it’s something certainly that could happen.”

Pressed on whether he could accept a scenario in which the isolated nation had nukes but was “contained and deterred,” the president demurred. “I don’t put my negotiations on the table, unlike past administrations. I don’t talk about them. But I can tell you North Korea is behaving badly and it’s got to stop,” he said.

North Korea broke from its pattern of lofted launches last month when it fired a powerful new intermediate-range missile, the Hwasong-12, over northern Japan. North Korean leader Kim Jong Un then called the launch a “meaningful prelude” to containing the U.S. Pacific island territory of Guam and called for his military to conduct more ballistic missile launches targeting the Pacific Ocean.

South Korean experts say that the launch was Pyongyang’s attempt to make missiles flying over Japan an accepted norm as it seeks to test new projectiles in conditions close to operational and win more military space in a region dominated by enemies.

Kim, a third-generation dictator in his 30s, has conducted four of North Korea’s six nuclear tests since taking power in 2011. His military has maintained a torrid pace in testing weapons, which also include solid-fuel missiles built to be fired from road mobile launchers or submarines.

In accelerating his pursuit of nuclear weapons targeting the United States and allies South Korea and Japan, Kim is seen as seeking a real nuclear deterrent to help ensure the survival of his government and also the stronger bargaining power that would come from it.

Washington, Seoul and Tokyo have been pushing for stronger sanctions to punish Pyongyang over its nuclear activities, such as denying the country oil supplies. China and Russia have been calling for talks, saying sanctions aren’t working against North Korea.